The live streaming wars are well underway and Meerkat has today claimed a victory over Twitter’s Periscope app; it’s the first to be available on Android. 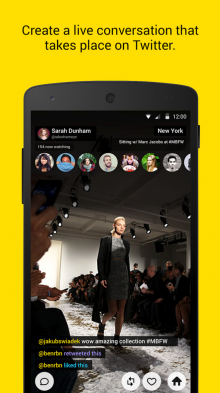 Meerkat was previously available for Android devices but only via a private beta program. Today’s release means the app is available for all to try out, though it still carries the beta tag.

With the Android app you’re able to stream video to your friends on Twitter, watch other users’ streams and chat with the broadcaster. Unlike Periscope, Meerkat has no ability to save a livestream (but there are third-party apps that can help with that).

If you’ve been itching to livestream everything from your Android phone, you can finally do that with Meerkat from today.

Read Next: Periscope, Meerkat and live video are changing the internet forever