Hong Kong is well known as a business hub for Asia and now LinkedIn, the world’s largest professional service, finally has an office in the country, after it opened the doors to its ninth location in Asia today.

The Hong Kong office, which puts the firm at 24 locations worldwide, will support the business social network’s near half a million users in the country and, the firm says, serve the millions of users in the North Asia region.

We presume that this geography will also include China, where it has quite a battle to rival its thriving competitor Tianji, which just grabbed $10 million in fresh funding from parent firm Viadeo.

The new site in Hong Kong will have a staff of half a dozen who, aside from running initiatives to attract new sign-ups, will market the companies premium services — which include Hiring Solutions, Marketing Solutions and Premium Subscriptions — to firms. 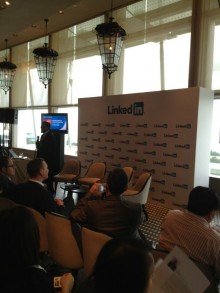 LinkedIn managing director and vice president for Asia Pacific and Japan Arvind Rajan says the country is an essential destination for business in the region, which makes the move an important one for LinkedIn.

“With more than 2,400 regional company offices and over 1,300 regional headquarters, Hong Kong’s skilled talent base and reputation as a leading international center of finance and business make it an important market for LinkedIn given our aim is to connect the world’s talent with opportunity,” Rajan says.

LinkedIn has been busy focusing on Asia over the last year, having opened its Asia Pacific headquarters in Singapore in May 2011.

Since then, it has gone on to open offices in India, Tokyo and two in Australia. Equally, it rolled out local language sites in Bahasa Indonesia, Bahasa Malaysia, Japanese and Korean in a bid to increase its appeal to local users.

The firm has 25 million users across the continent and has seen particularly strong growth in Indonesia and Malaysia, where the localisation efforts have seen it pass one million members in each country.

China is likely to prove more difficult for LinkedIn, particularly without a base on the ground in the country. So while the firm is gobbling up new professional social networks across the region its lack of presence in China, like Facebook and Twitter, leaves a big question mark hangs over its strategy to reach the country’s half a billion Internet users.

Elsewhere in Asia, LinkedIn revealed that it has 14 million users India, which make the country its second largest market worldwide, behind only the US.

To mark its arrival in Hong Kong, the company has released an infographic which shows its growth in Asia and a snapshot of its userbase in Hong Kong. 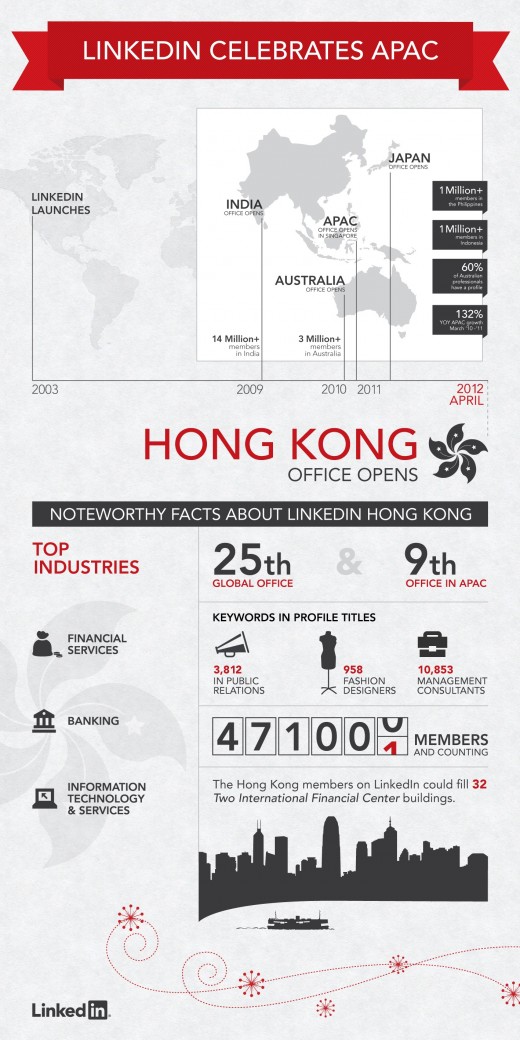