LG finally did it: it’s created a phone that feels as premium as anything Samsung has to offer. The V30 might be the company’s first phone that really captures mainstream recognition.

At least, that’s how I feel after spending over a week with a pre-production version of the device. We’ve known what the V30 will look like for months thanks to a massive amount of leaks and LG’s incessant teasing. That didn’t stop me from being impressed when I first saw it in person and held it in my hands. LG’s taken what it learned from the G6, which kicked off 2017’s wonderful bezel-killing trend, and cranked it up a notch. 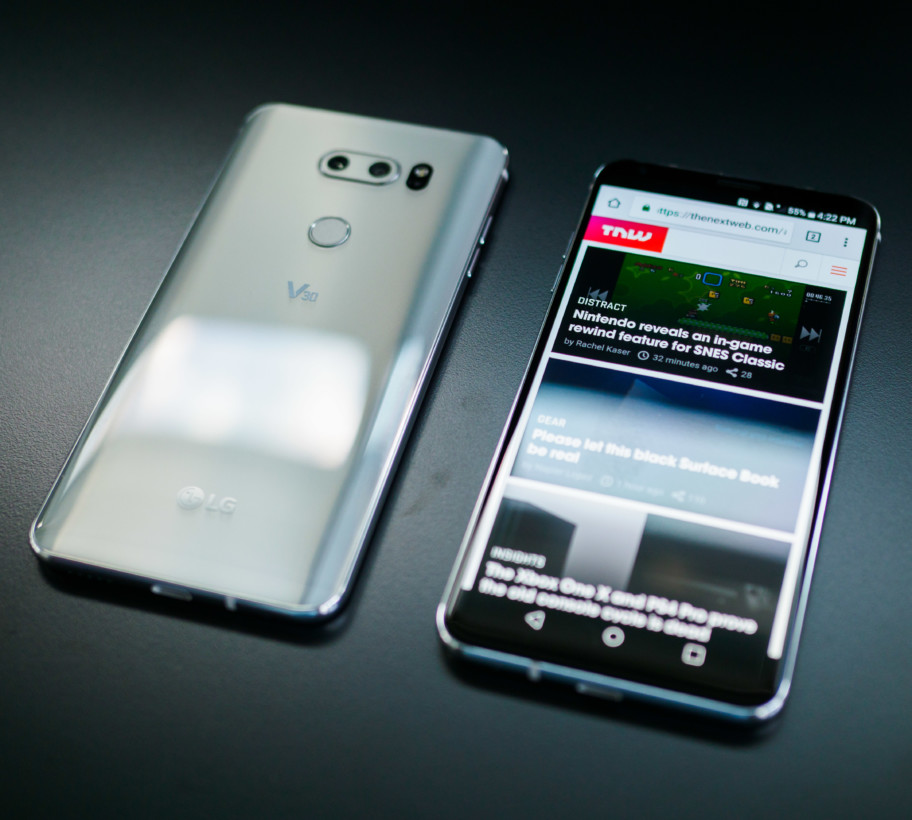 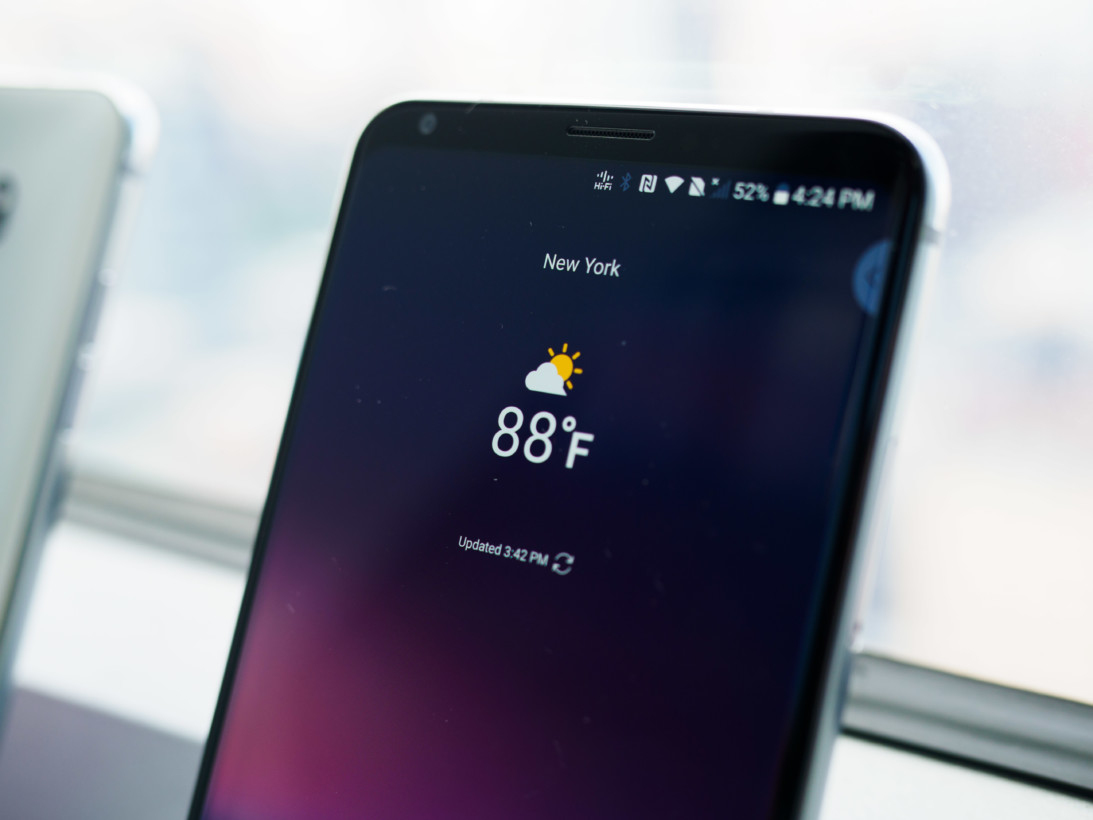 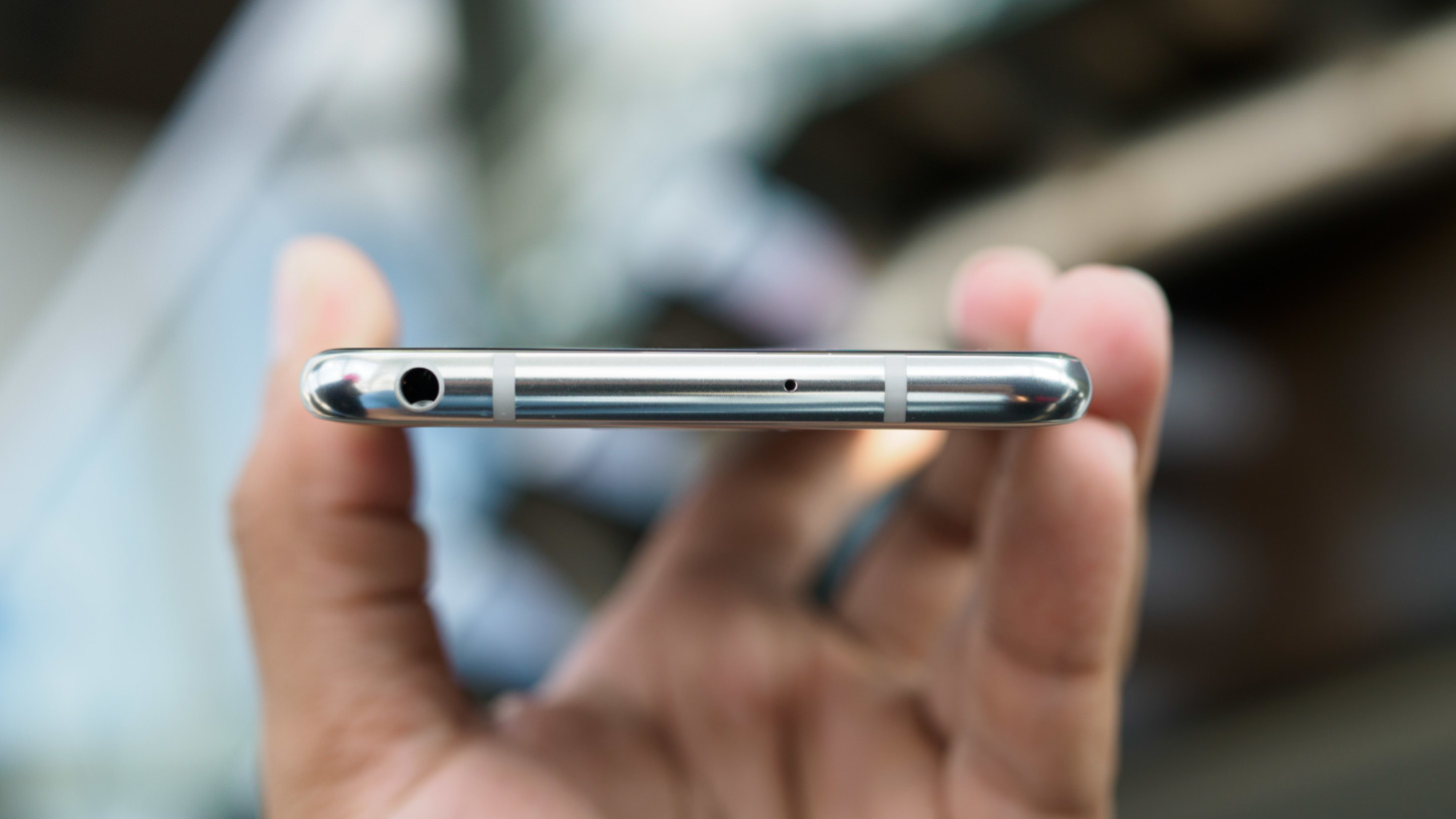 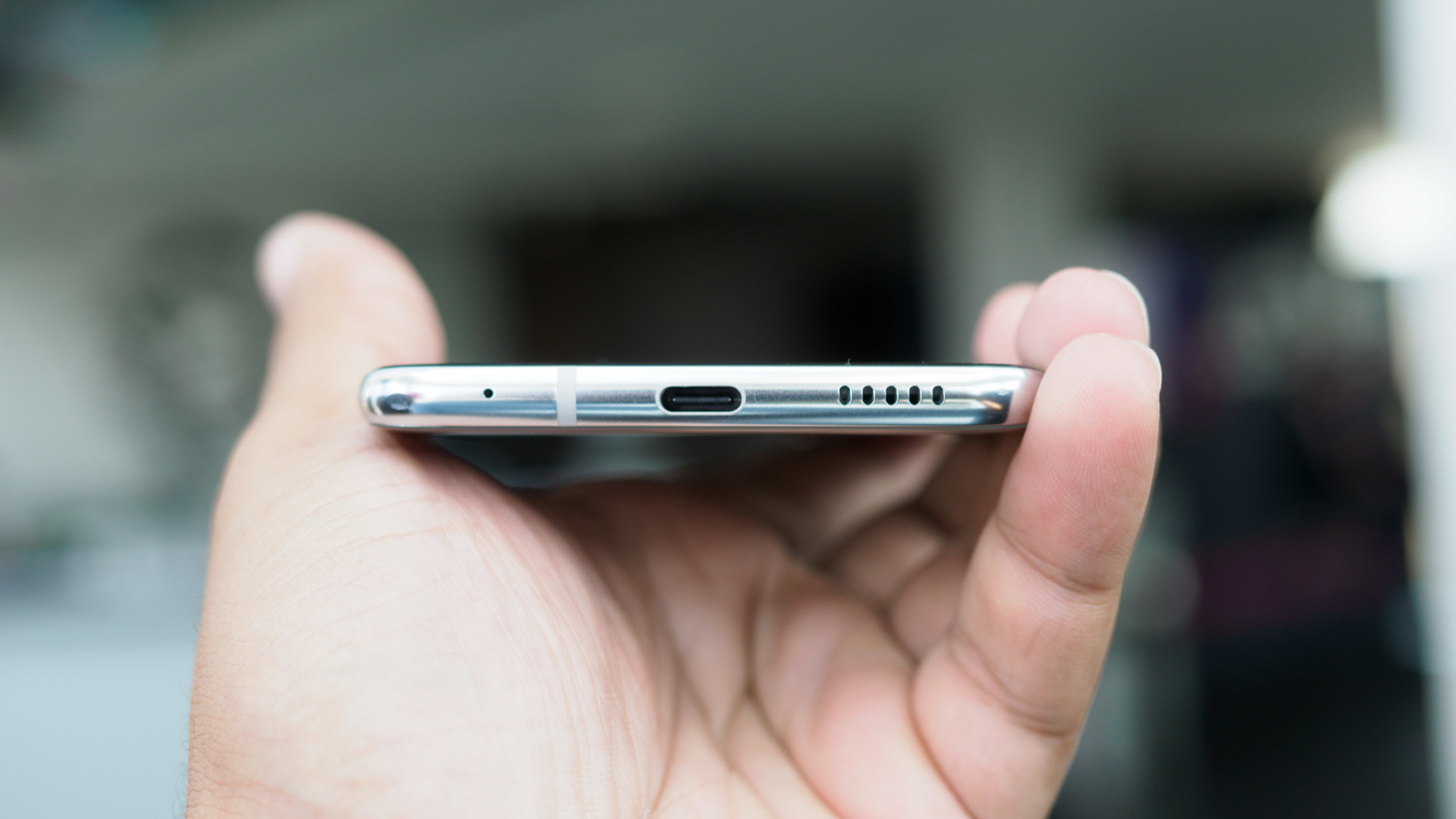 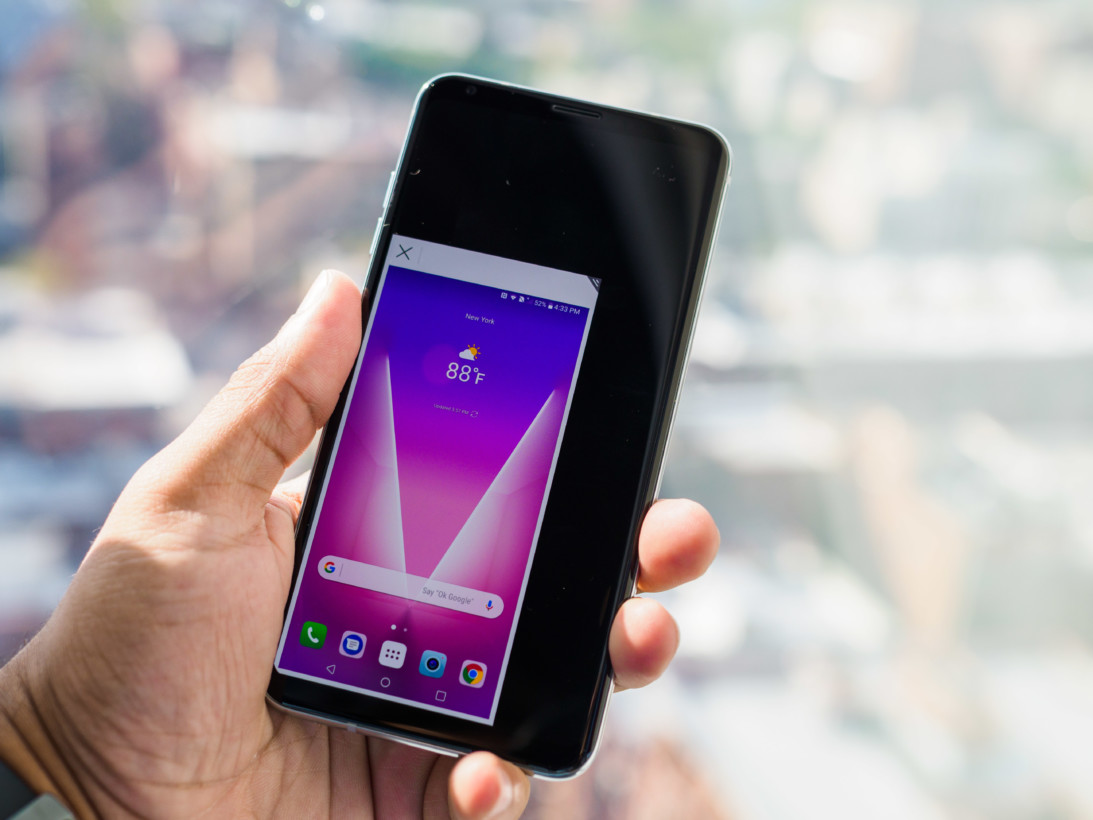 The V30 has one of my favorite takes on small bezels so far. The top and bottom bezels are even smaller than on the G6, S8, or Note 8 – let alone any other devices. There’s no potentially-distracting notch like on the Essential phone or the upcoming iPhone 8. The side bezels are a little thicker than on Samsung’s devices, particularly because the edges don’t curve so dramatically, but the upside is that you don’t get distracting glare on the edges either.

Those bezels surround a stunning 6-inch display, LG’s first OLED panel on one of its flagship phones since the G Flex 2. It gets a little brighter than the S8’s screen, and it seems more accurate using default settings, though some might prefer Samsung’s punchier colors. Either way, it’s one of the best screens I’ve laid eyes on.

The V30 uses a glass back like the G6, but the overall look has been refined. It’s less boxy and utilitarian, and instead sleeker and more comfortable to hold. The rear glass has an almost pearl-like reflectiveness to it. I think it looks better than the S8 or Note 8 – at least on par – and it’s fingerprint sensor is actually in a sensible location. You can only get it in silver at launch, however.

LG hasn’t sacrificed durability for the looks – it’s rated to the same MIL-STD-810G drop resistance and IP68 water resistance as the G6. That said, I doubt the glass back will survive drops nearly as well as my old metal V20 did.

The main internals are the usual 2017 flagship fare: Snapdragon 835, 4GB of RAM, 64 GB of storage (microSD expandable), 3,300 mAh battery. The phone zips through the LG’s UI, which is a bit lighter on features than Samsung’s. I didn’t notice a significant difference in performance compared to the Essential Phone, which runs on stock Android, and battery life has been solid so far.

LG has abandoned the V-series’ signature secondary display for a ‘floating bar’ in the software. It replicates pretty much all the same functions, like accessing shortcuts or control your music, and I’m happy to report LG has included a GIF capture mode this time around. You can also access many of the same shortcuts when your phone is on standby by turning on the always-on display.

Then there’s the camera, which LG claims is the widest aperture ever on a smartphone and uses a glass element for extra clarity and sharpness. On the whole, image quality seems to be a step up, though HDR performance was worse than expected on my test unit – especially since LG said it had increased dynamic range. That mainly seems to be down to software; I get much better HDR results on the same phone using Google’s HDR+ feature, so I’ll hold my impressions until I receive I retail unit with final hardware and software. 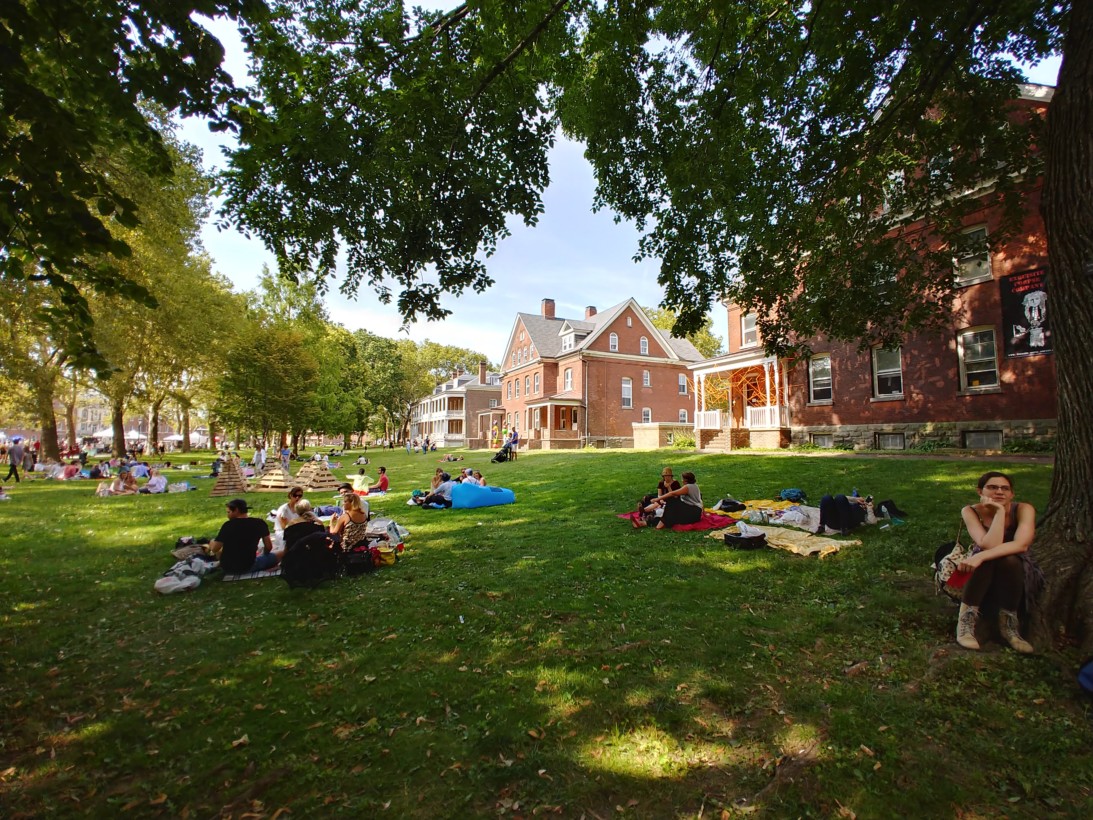 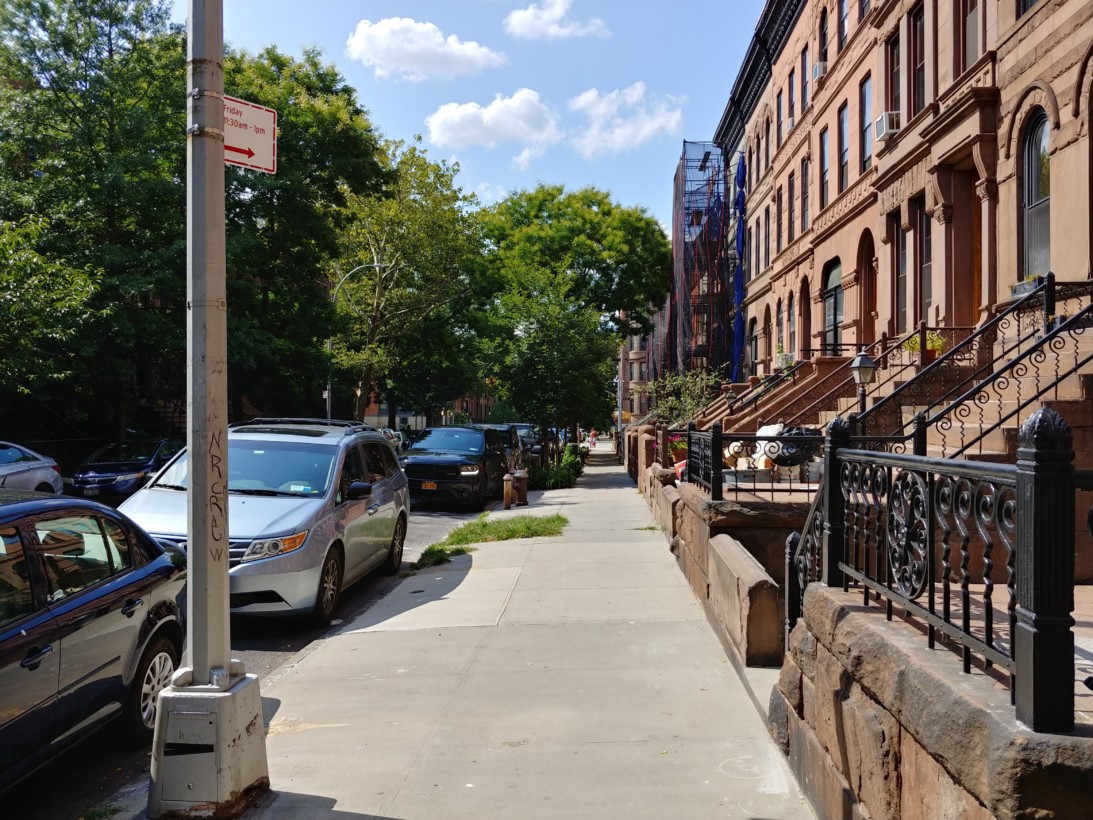 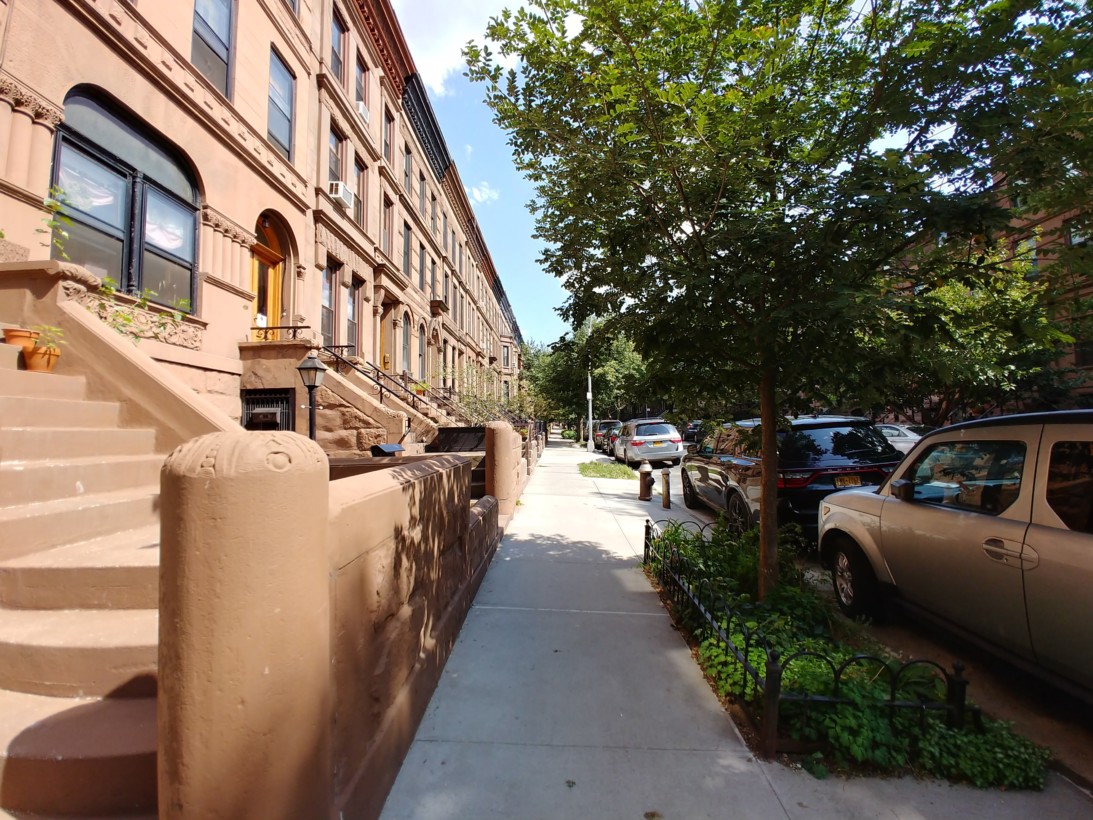 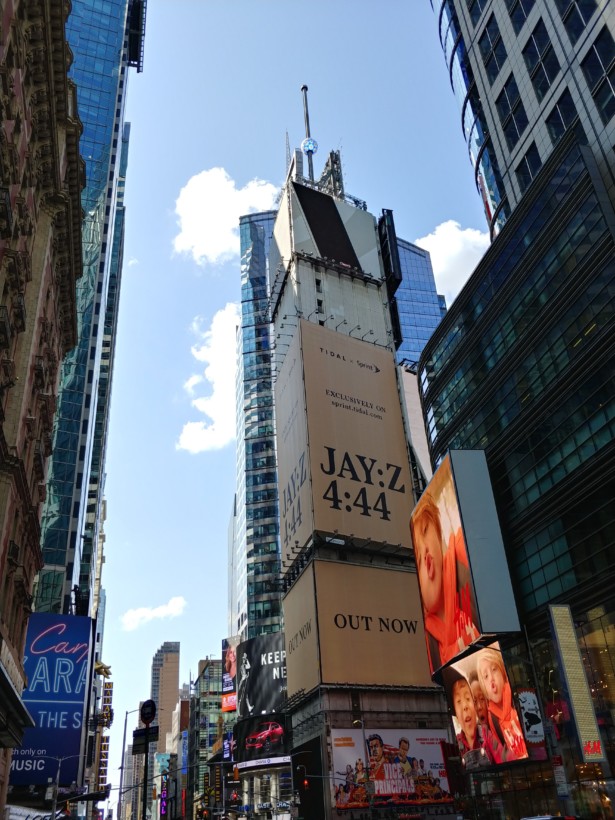 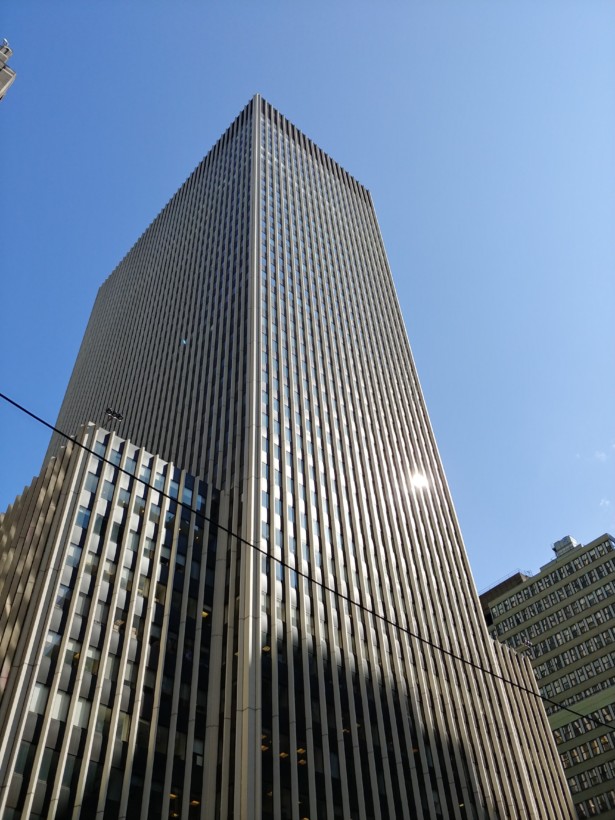 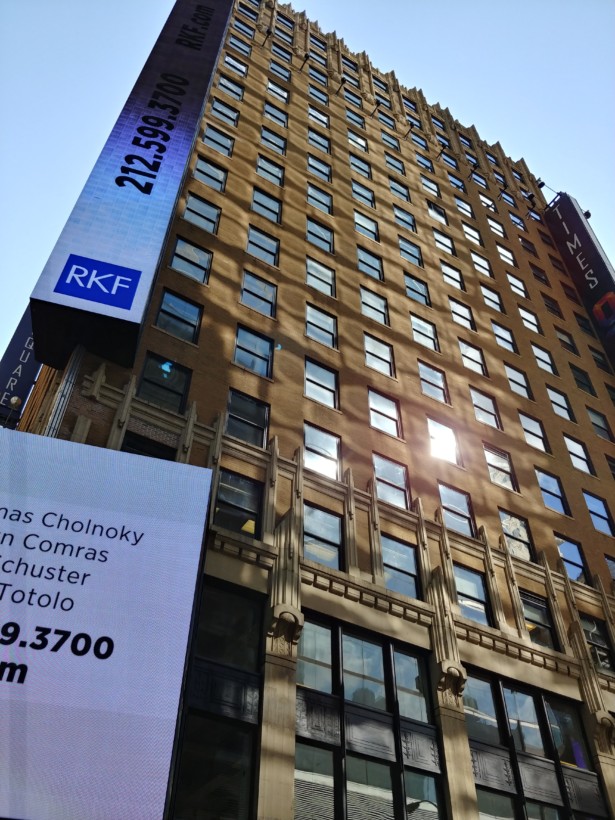 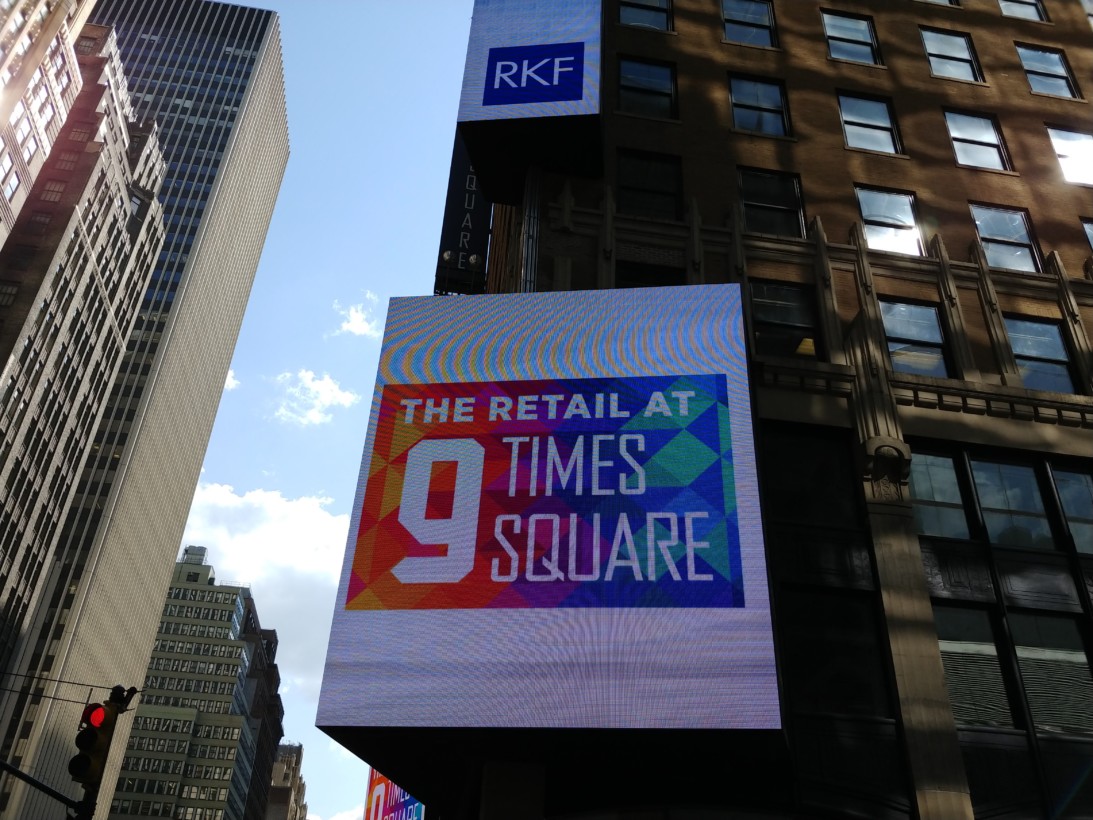 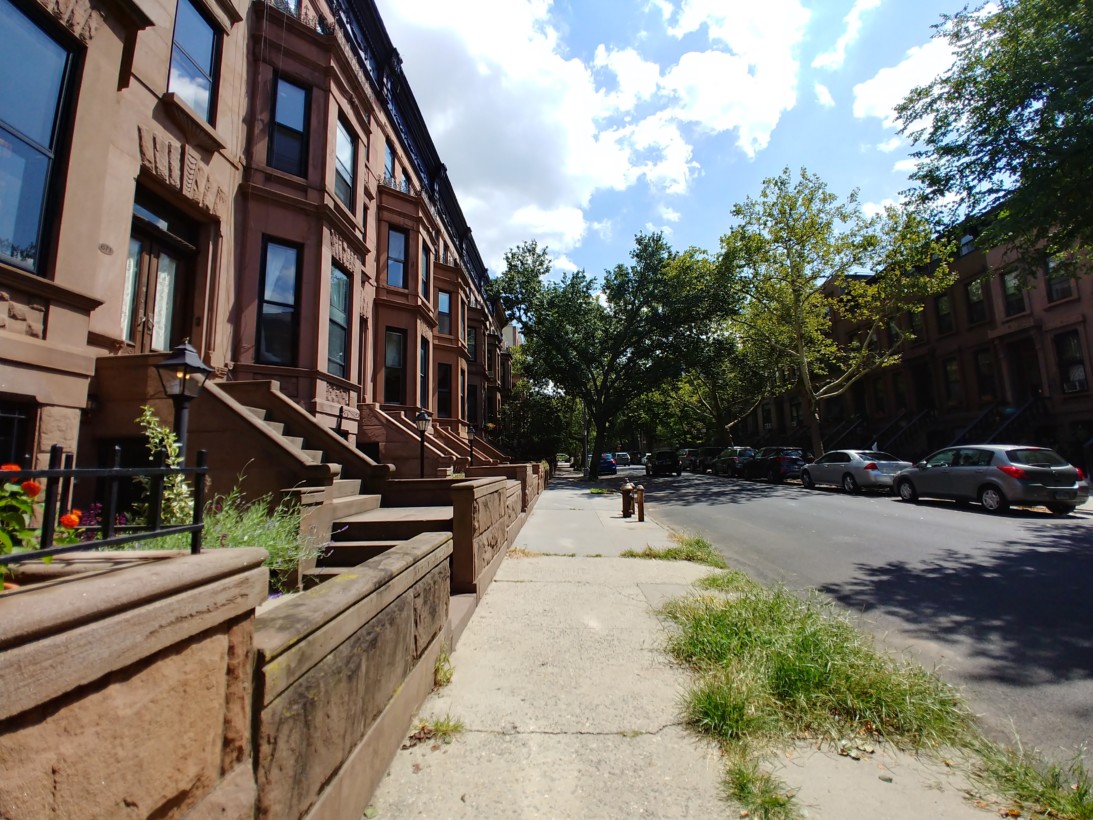 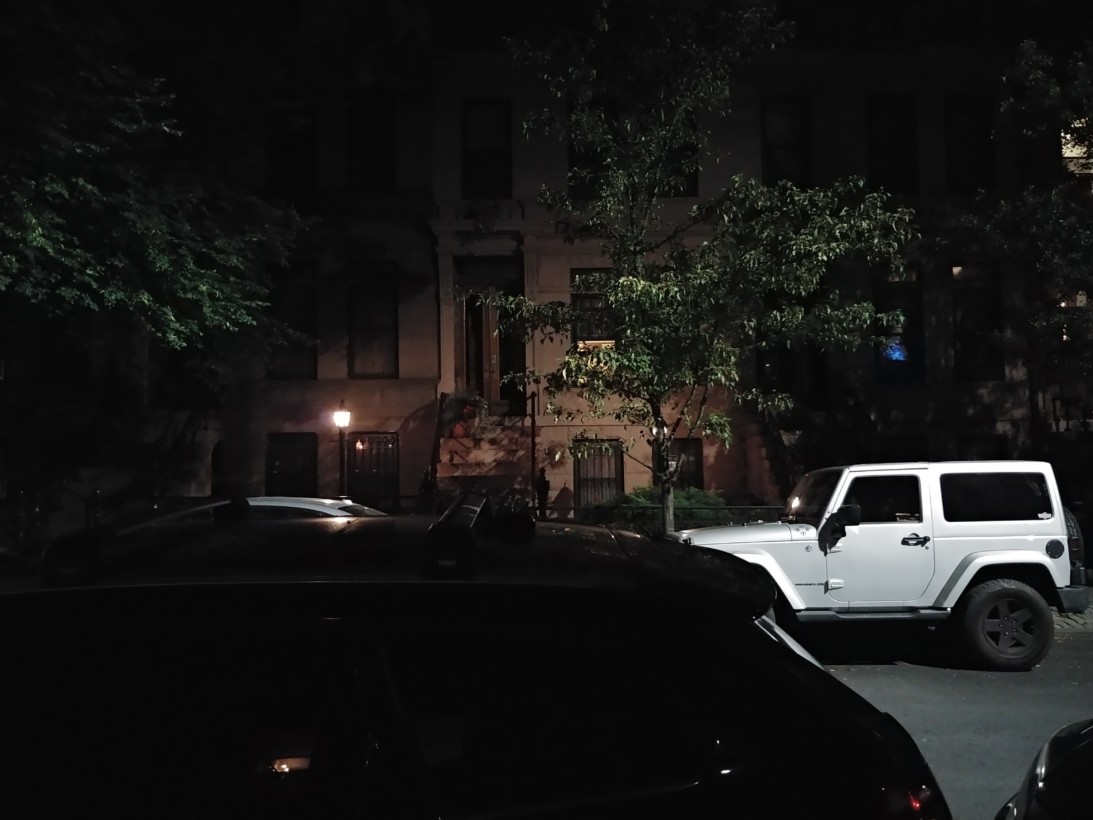 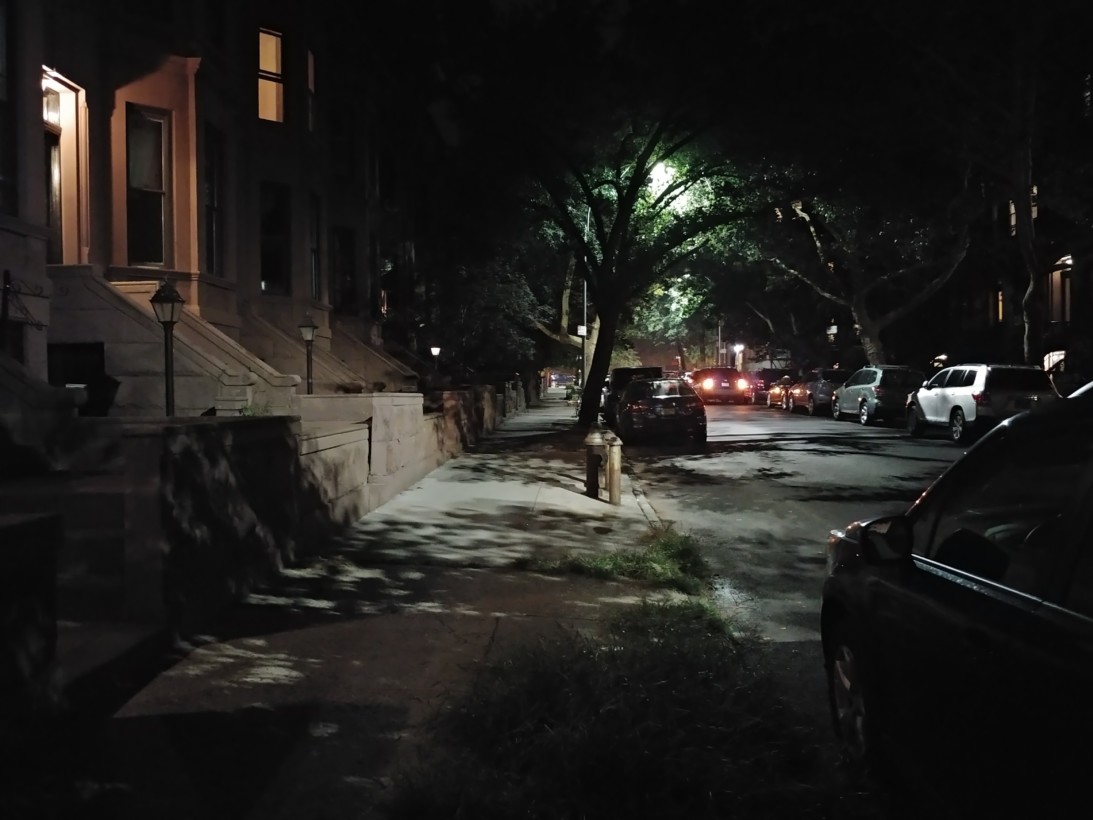 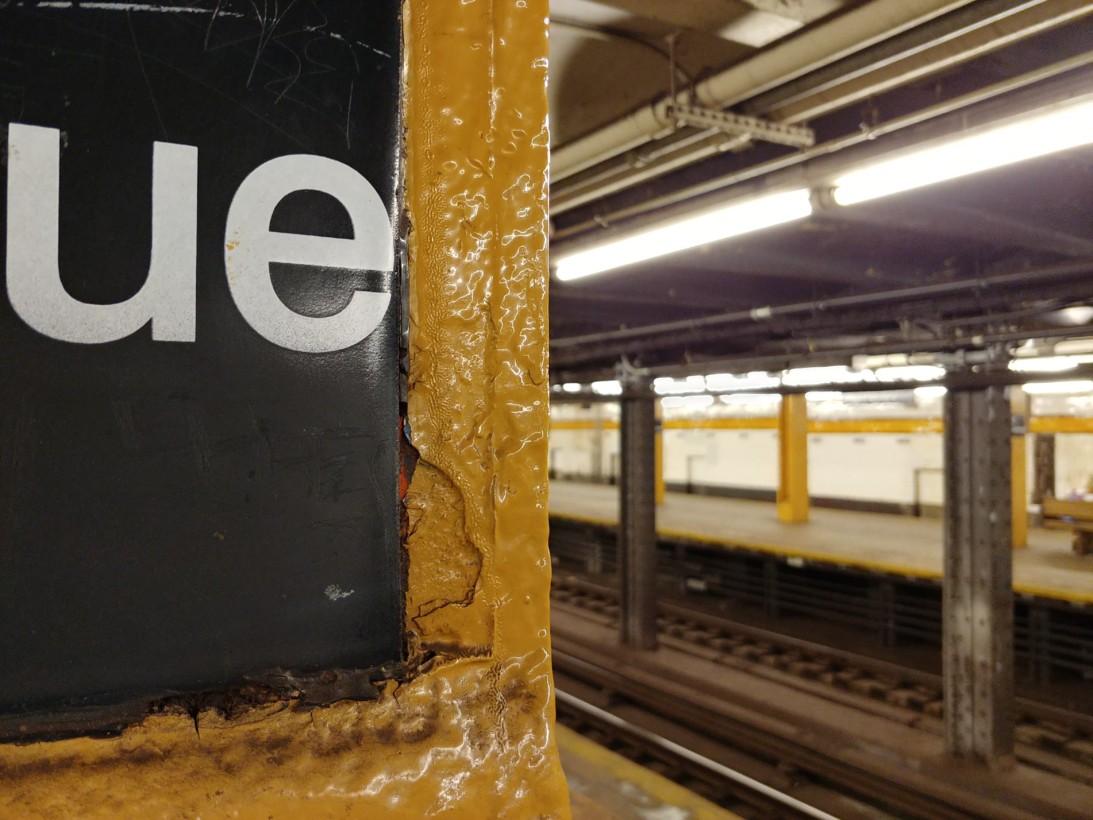 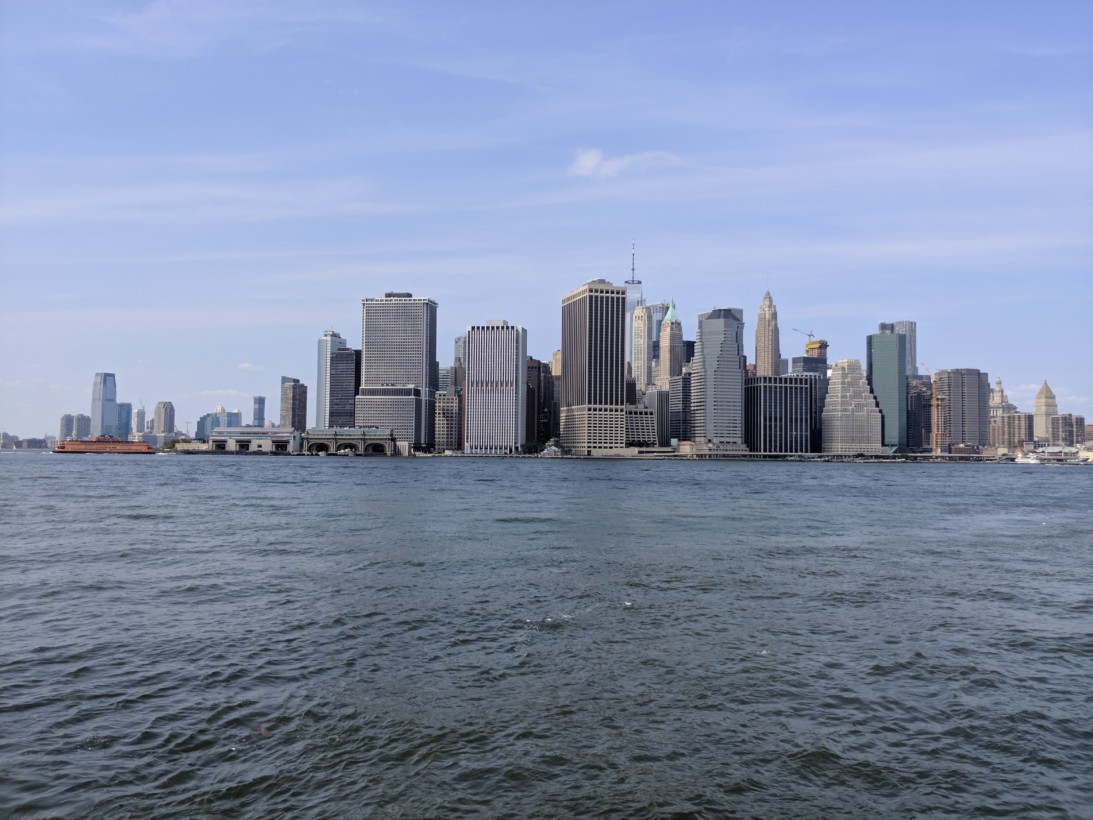 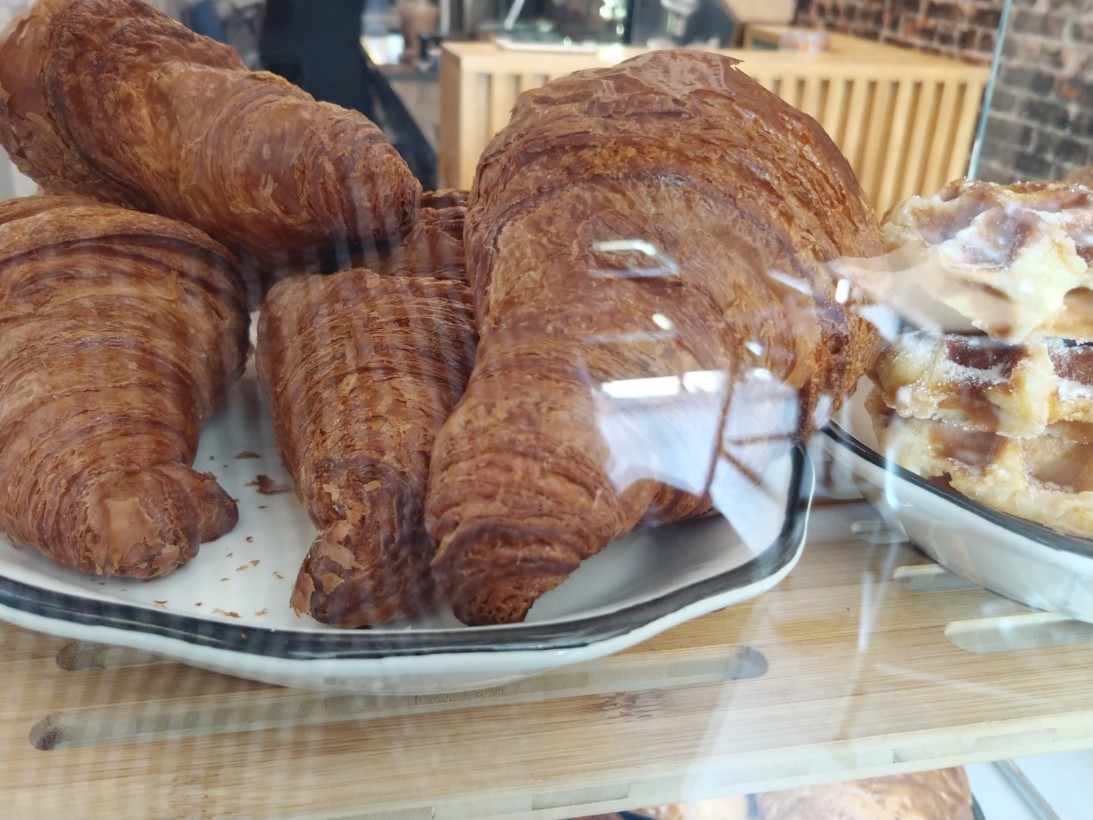 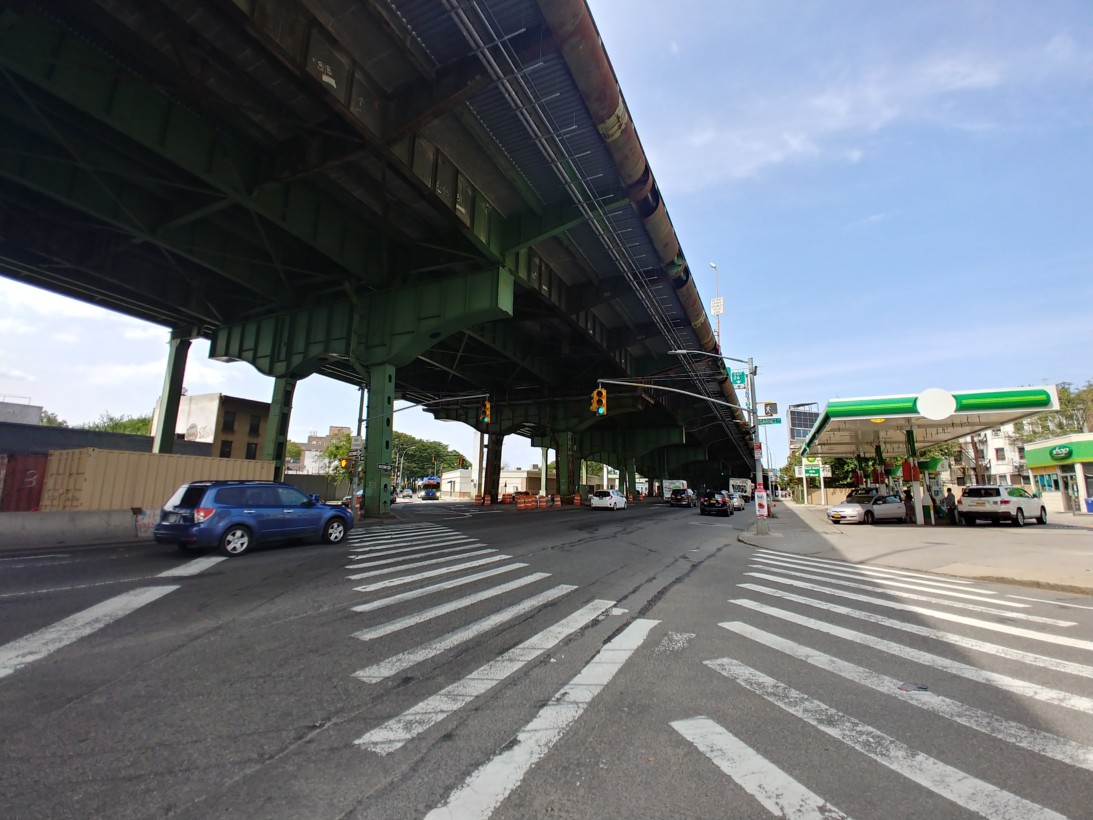 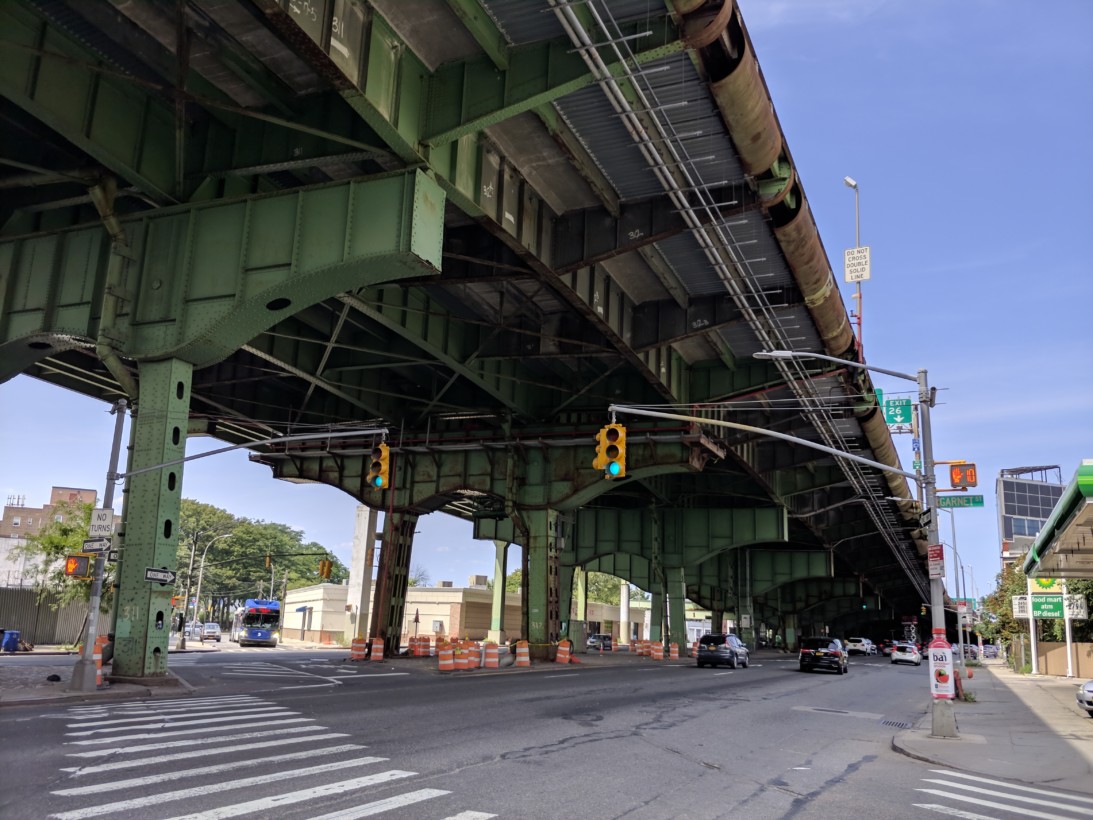 In any case, I’ll take the extra wide-angle camera over a telephoto or monochrome setup anytime. For me, it’s not a secondary camera; I use it just as much as the normal lens on previous LG phones, so I’m glad to see it’s been improved with lower distortion and a brighter F1.9 aperture. It doesn’t perform any fake-looking background blurring – it’s just a tremendously useful, high quality wide-angle lens.

The camera app itself has seen some significant improvements too. Videographers will love the log mode for color correction, as well the high-quality grading presets that look way better than your average video filter. You can also now zoom in by dragging the shutter button, a la iPhone.

Side note: the V30’s vibration engine is bar-none the best I’ve used on and Android phone. Pulling on the shutter button to zoom somehow feels like pulling a spring with notches, if that makes any sense. It’s very close to Apple’s Taptic feedback, minus the 3D Touch.

There’s a lot more to cover in my final review: an improved audio chip, built-in video editing features, new security options (like facial recognition), and more. Battery life has traditionally been LG’s achiles heel, but the Snapdragon 835 might remedy that. I’ll have to spend more time with a final unit before coming to any conclusions, but like what I’m seeing so far. Samsung should be paying attention.