Top story: China gets its own Olympic tweet scandal as ex-Google head attacks US swim coach

Twitter came under-fire following the start of the Olympics when it controversially banned Independent editor Guy Adams for tweeting a “private email address” to his followers. While much of the debate circled around the role Twitter partner NBC played in having Adam’s account frozen (it has since been reactivated) China has gone and got its own Olympic-tweet saga.

Chinese Web celebrity Kaifu Lee, the man who formerly headed up Google in China (no less), is at the center of the storm, after he reacted angry to US swim coach John Leonard suggesting that 16-year old gold medalist swimmer (and new world record holder) Ye Shiwen had cheated.

Lee published a stinging set of tweets on Sina Weibo which included Leonard’s contact details and what was proportedly his criminal record, although it actually consisted of speeding tickets.

Lee has since deleted the messages in question but the content, sent to his 15 million followers, succeeded in increasing the heat around the issue, and stirring up anti-US sentiment.

India and the Middle East remain the company’s biggest markets, CEO Vikas Saxena told TNW, although the firm enjoys a “sizeable” user base in the US and Europe, where it appeals to the Indian, Asian and Middle Eastern diaspora.

The company is setting its sights on accelerating its growth in these market, particularly the US, where it has some 6.5 million registered users. As one of the first to focus on mobile, Saxena is convinced that Nimbuzz can grow its size and business considerably over the coming years.

Top story: Unable to compete with Samsung, HTC is closing its office in South Korea 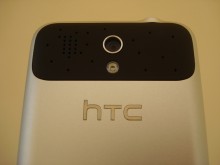 Taiwanese mobile maker HTC last week revealed plans to exit the Korean market after failing to hit expectations on sales in the country.

South Korea is a difficult market for overseas firms to succeed in. Samsung, the world’s number one phone market, dominates its home country, while a string of other Korean firms — including HTC and Panasonic — also boast a strong presence among the country’s mobile consumers.

Apple is the most prominent exception to that rule, thanks to the universally successful iPhone and iPad, however HTC was unable to make the cut, and has formalised its plans to leave.

Fresh from inking a deal with ‘China’s Facebook’, Renren, global video site Viki has agreed a new partnership, this time with Microsoft, to significantly expand its presence in Asia.

The two companies have launched co-branded video sections to the popular MSN Web portals in Indonesia, the Philippines, Malaysia and Thailand. Together the sites attract more than 17 million monthly viewers, extending Viki’s focus in the Southeast Asian region, and Indonesia in particular.

The company will use the deal to raise awareness of its platform — and its multi-lingual subtitled content — and position itself to find and sign up content from the four countries, Viki’s CEO told TNW last week.

TNW on the This Week in Asia podcast

TNW’s Josh Ong, our recently appointed editor in China, made a guest appearance on the popular This Week in Asia podcast (episode 120, no less).

You can listen to the show, which covered Apples vs Samsung, Olympic tweets, the difference between Sina Weibo and Tencent Weibo and more, at the link below.

We like this TED talk from Chinese blogger Michael Anti, aka Jing Zhao, so much that we’re posting it again. You’ll be all the wiser if you can find 20 minutes to watch it this weekend.