There’s an immense number of positive changes happening at The Next Web at the moment (will give you recap as soon as I have a minute to breathe) but nothing brings me more pleasure than welcoming on board new talent. Today, we welcome three!

Without further ado, let me introduce you. 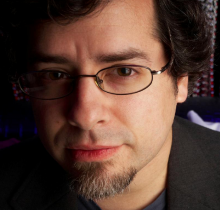 Victor Agreda, Jr. has been a technology blogger for seven years, helping launch DownloadSquad and DIY Life before becoming Editor-in-Chief of The Unofficial Apple Weblog (TUAW) at AOL. Victor is joining The Next Web to lead one of my personal favorite channels, TNW Lifehacks. We’ve been looking for someone with his expertise and passion for over two years – I truly believe it will have been worth the wait. Expect both tips and in depth guides on how to use your favorite software on TNW Lifehacks soon.

Victor lives in Knoxville, TN with his two kids and previously taught multimedia and game design, after stints in web development, video production and writing. His first newsletter was created on a Laser 128 using Broderbund’s Newsroom software and he’s been hooked on digital publishing ever since. Victor attended Watkins Film School, The Art Institute Online and has a B.A. in English from the University of Tennessee. Contact him at [email protected] and follow him on Twitter here. 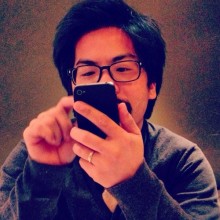 Based out of China, Josh Ong was previously at Apple Insider, one of the few big Apple blogs. Having completed his Education at the University of Berkeley in 2012, he made the bold move over from California to Beijing with his wife.

Josh has served as a freelance writer, editor, and communications trainer for various Chinese and multinational companies. He has also written for respected Beijing lifestyle magazine The Beijinger.

Josh will be leading our China and (soon to relaunch) Gadgets Coverage. Considering how hot China’s tech space is right now, Josh is a priceless addition to the team. If you’re a Chinese startup or just want to say hello, you can reach him at [email protected] and follow him on Twitter here. 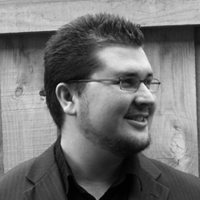 Joel Falconer is rejoining us after making a terrible mistake and leaving for a short while :). Previously our Australia Editor, he’s now back and on a mission to transform our long form content as our Features Editor. Expect big things here, some incredible content on the way and Joel’s already making a dent in the latest issue of TNW Magazine.

Joel is based in Australia’s Gold Coast where he lives with his wife and three kids. His writing credits have included Lifehack.org, Mashable, FreelanceSwitch and Fuel Your Creativity. You can contact him at [email protected] and follow him on Twitter here.

All three bring very different elements to the table and we couldn’t be more excited. We’ll be hiring again very shortly, so if you’re interested in joining us, please complete the job application here: . We’re really just getting started with our ambitions for TNW.