Jux, one of the most beautiful blogging platforms yet, is now available on your iPhone. TNW has previously written about Jux and its iPad release, and today it’s available in your pocket.

The concept behind Jux moves beyond the realm of traditional blogging, which is why Jux CEO, Ted Metcalfe, is so averse to the term. On arrival, you’re presented with the gallery; an organically formed layout of all your posts. Tapping on a post brings you right inside it, and from there you can flick between posts and tap to hide text. 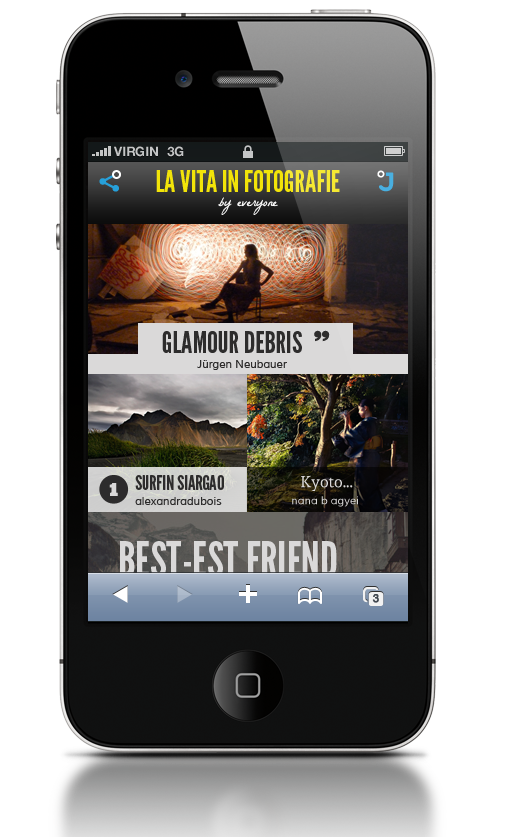 The iPhone experience itself is bold and playful. Not the miniaturized world that the phone once stood for. Nor the cleaned-up, mono-culture rendered, however elegantly, by most phone readers — from Flipboard and Google Currents to Tumblr and WordPress. A lot of personal publishing platforms have a longer history and a deeper feature-set but we’re hoping to serve creators and curators better by celebrating their content more.

Jux has tons of potential as an a newcommer, and has more surprises on the way. There really isn’t anything else as immersive out there for individuals, but you’ll have to see for yourself. Go to Jux.com on your iPhone to check out a constant stream of featured posts from all Juxers, or take a peak at a these featured blogs: Walk With Cheys and SplitSecond.

What do you think? Does Jux have potential to steal your eyes from the likes of Tumblr, Posterous or WordPress?

Disclosure: I used to work for Jux.