Samsung’s latest celebrity recruit is non-other than rap superstar Jay-Z, who will release 1 million advanced copies of his upcoming new album — Magna Carter Holy Grail — to owners of the Korean company’s Galaxy range of smartphones and tablets for free.

Update: The app is now live, only for Galaxy S4, S3 and Galaxy Note II users. Unfortunately, you’ll have to wait just under ten days to listen to it!

The Wall Street Journal reports that Samsung has paid $5 million for the content, although other media claim the deal could be worth as much as $20 million. The agreement will see the album released to Samsung customers 72 hours ahead of the album’s July 4 release date, via an app that will hit the Google Play store on June 24. 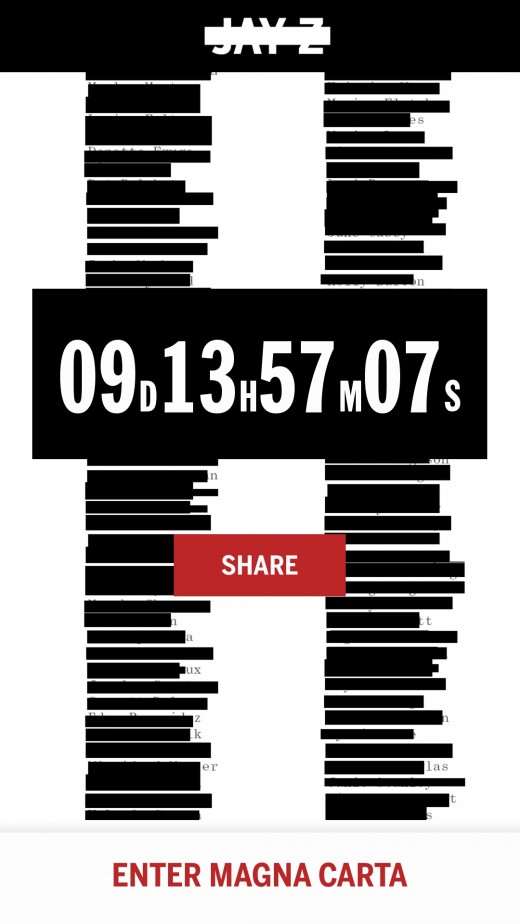 Though they will get a heads-up on the album, Samsung users won’t be able to share the tracks with friends or others until it is released to the public.

The deal has been long-speculated and was confirmed on Sunday when the ad below played during the game 5 of the NBA final, featuring the Miami Heat and San Antonio Spurs.

The video shows Jay-Z and his production team — including Rick Rubin, Timbaland, and Pharrell Williams from The Neptunes — at work in the studio developing the album, and features a Galaxy Tab being used.

The collaboration is interesting because it provides Jay-Z with upwards of $5 million in pre-release sales, and is further artillery with which Samsung can compete with Apple and other smartphone makers. Apple unveiled a new music service — iTunes Radio — at its WWDC event this month, in another sign that mobile entertainment content has become a compelling part of today’s smartphone experience.