Apple has introduced iTunes Radio, a new streaming service built right into the Music app on iOS devices, and included in iTunes on the desktop.

iTunes Radio is free for all users, but will feature ads unless you’re an iTunes Match subscriber. Unfortunately, the service is only available in the US — for now.

As far as features go, iRadio lets you create your own streaming stations, keeps track of all the songs that you’re listening to across devices, and includes social functionality a la Twitter trends. 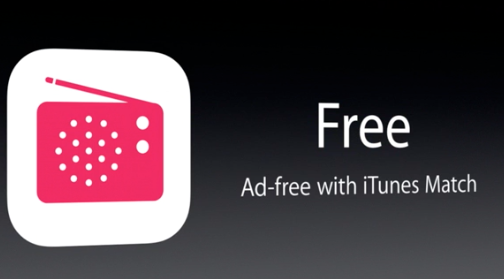 The launch of this new service has long been rumored, stretching back to to a Bloomberg report from October 2012. Apple was reported to have talked with “major music labels,” including Universal Music Group, Warner Music Group, and Sony Corp’s music division. All have signed various agreements in the past month or so.

Apple is clearly intending to compete against the likes of Pandora and even Spotify (which also has radio features) with iTune Radio.

Looking back, Apple certainly revolutionized the digital music scene. But now, it’s been more than a decade since iTunes launched to the world. Apple is facing increasing competition from music streaming services like Pandora, Spotify, Last.fm, Slacker Radio, and even Google.

Of note, at the D11 conference hosted by All Things D, Google’s Senior Vice President for Android Sundar Pinchai said that his company would be bringing Play Music All Access to iOS “in a few weeks.” In other words, Google is already on Apple’s doorstep, and Apple needs to do something to fend it off. Enter iRadio.