Huawei has officially launched (for the second time) its Huawei Mate 8 smartphone at CES in Las Vegas today, marking the handset’s first foray outside of the company’s home market.

The device, which launched in China in November last year, has a sea of new competitors to contend with in 2016, with popular lines from Samsung, HTC, Sony, LG, Apple and other household names all expected to launch new devices in the coming months.

But with the company failing to gain significant ‘mindshare’ among consumers in the US and Europe – go ahead, ask your non-tech friends if they’ve heard of Huawei phones – will the launch of its latest flagship do much to help that situation?

We spent some time with the handset ahead of the launch to find out.

Keeping with the same general appearance as the Mate S, the Mate 8 brings a larger overall chassis to house the device’s 6-inch full HD display.

It might look like a huge screen, but the slim bezels reduce the size of the phone in your hands, preventing it from feeling outlandishly large. Huawei says that 83 percent of the front of the device is taken up by the display.

Like the Mate S, it keeps a unibody metallic chassis, non-removable battery and the volume rocker and power switch on the right side of the device. On the left is the combined dual-SIM and microSD slot.

The Mate 8 is the first of the company’s devices to use its new Kirin 950 chipset too, which includes octa-core processors (a pairing of 4 x A72 2.3 GHz processors and 4 x A53 1.8GHz processors) for improved battery performance. This is paired with 3GB of RAM to keep things ticking over smoothly.

Just below the rear camera is a fingerprint sensor, which can be used for unlocking the device as well as a few other things (more on that later).

The speakers for the phone are located at the bottom of the display, making them a little easy to cover if you’re holding the phone in your hand watching something.

Internal storage is pegged at 32GB or 64GB, which is about standard for high-end devices nowadays. However, it tops out there, as the company did not pursue a 128GB model.

While I tested the ‘Moonlight Silver’ model, it’s also being offered in ‘Champagne Gold,’ ‘Space Gray,’ and ‘Mocha Brown.’

To keep all this hardware running is a massive 4,000mAh battery, which can also be extended further through a few different power saving features.

What is a little strange is the omission of ‘hard press’ support, as was introduced with the Mate S (a little like the ‘3D Touch’ on the 6S), though if Huawei follows the same strategy, a new model that supports it may well arrive soon enough.

At its heart, the Mate 8 runs Android 6.0 but there’s a significant amount of Huawei’s ‘Emui 4.0 UI’ to contend with too. This isn’t a handset for Android purists.

If, however, you’re willing to give a non-standard Android fork a try, then Emui 4.0 isn’t a bad implementation – and better than that, Huawei seems to have worked out earlier bugs that resulted in unintended screen gestures being activated by accident.

Huawei’s quick access controls for things like the flashlight and camera (when the screen is locked) can still be accessed by swiping up from the bottom of the expansive display, as seen on previous models.

Among the headline new features for Emui 4.0 are voice control, “power-saving firewall”, defrag tools and a few other bits and pieces.

Some of this is achieved natively, while some (like the defrag) are options introduced by the pre-loading of Clean Master on the device. It’s a choice I’d rather have been given, to be honest, but you can just uninstall if you don’t want to use it.

The UI is customizable too, to an extent – like changing the layout of the home screen panels, transitions and a few other bits and pieces, but if a easily and highly customizable home screen is your ultimate goal, it’s not a patch on something like Oppo’s ColorOS variant. That’s not really where my interest lies though.

What it offers is something between aiming at power users, and keeping things simple enough for anyone to pick up and use. And it just about achieves it, though power users will already know that non-standard builds of Android tend to get updates a little slower than ‘vanilla’ handsets, so that’s worth bearing in mind perhaps.

The Mate 8 has been my daily driver for over a week now, and easily the stand-out feature for me is the battery life. I tend not to enable power-saving modes when reviewing devices, and as a result almost always end up having to plug in part-way through the day, or simply running out of juice.

That hasn’t been the case with the Mate 8, however, with its 4,000mAh pack easily blasting me through a day of heavy usage, including using it as a sat-nav, playing back music through Bluetooth headphones and multi-tasking with apps constantly. It didn’t fail me on a single day, and that really can’t be said for all smartphones.

I also didn’t experience any sort of lag or delay in opening or switching apps either, everything popped up instantly and graphically intensive, fast-moving games didn’t seem to struggle.

Whether or not you should really care about that is debatable, however. In reality, it’s not the most stunning display out there, but it’s certainly shouldn’t irritate you either. Images are crisp and bright, if perhaps they don’t ‘pop’ quite as much as the display on some rival phones.

The large display (and therefore chassis) has another advantage – the speakers are much louder and with more bass than I was expecting. HTC’s dual front-facing speakers on the HTC One M8 might be the best sound to come out of a smartphone, but Huawei’s done a good job with the speaker quality on the Mate 8 nonetheless. You do still have to avoid covering them with your hands when holding the phone in portrait though.

Somehow, it’s not unbearably large to hold either. Yes, if you’ve got small hands, you’ll struggle with one-handed operation (though there is Huawei’s one-handed operation mode, if you can live with that) but slim bezels and thin profile keeps the overall size and weight down.

The camera, from initial testing is a solid snapper that falls foul of the same problem as many other smartphones – in low-light conditions, it’s a little slow to focus and can sometimes result in you missing your shot or parts appearing blurry.

You do get a selection of filters (with live preview) and post-shot edits you can make to try and fix things up a bit too though.

Give it bright conditions and it’ll reward you with a quicker focus, sharper, more vibrant shots. 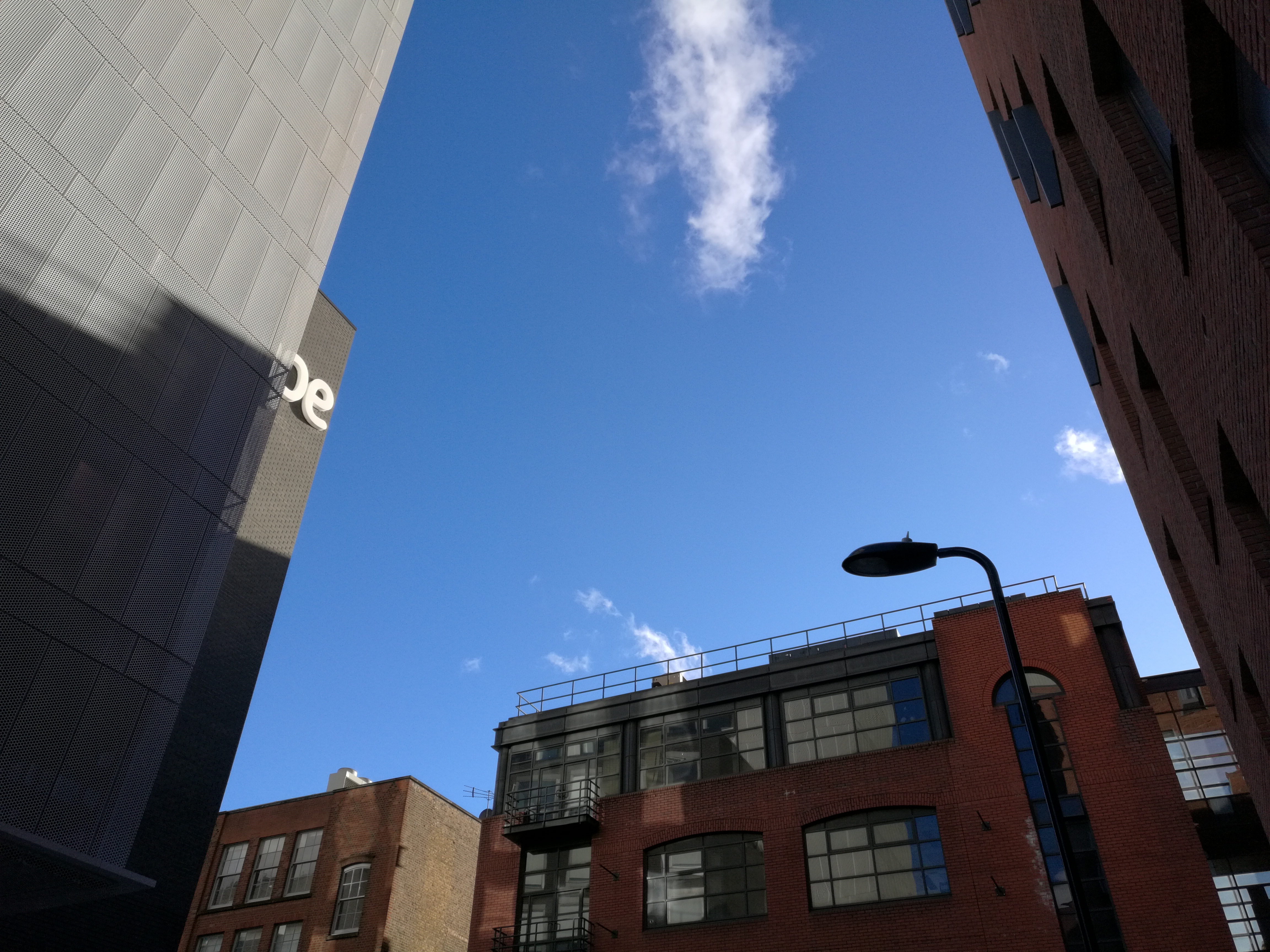 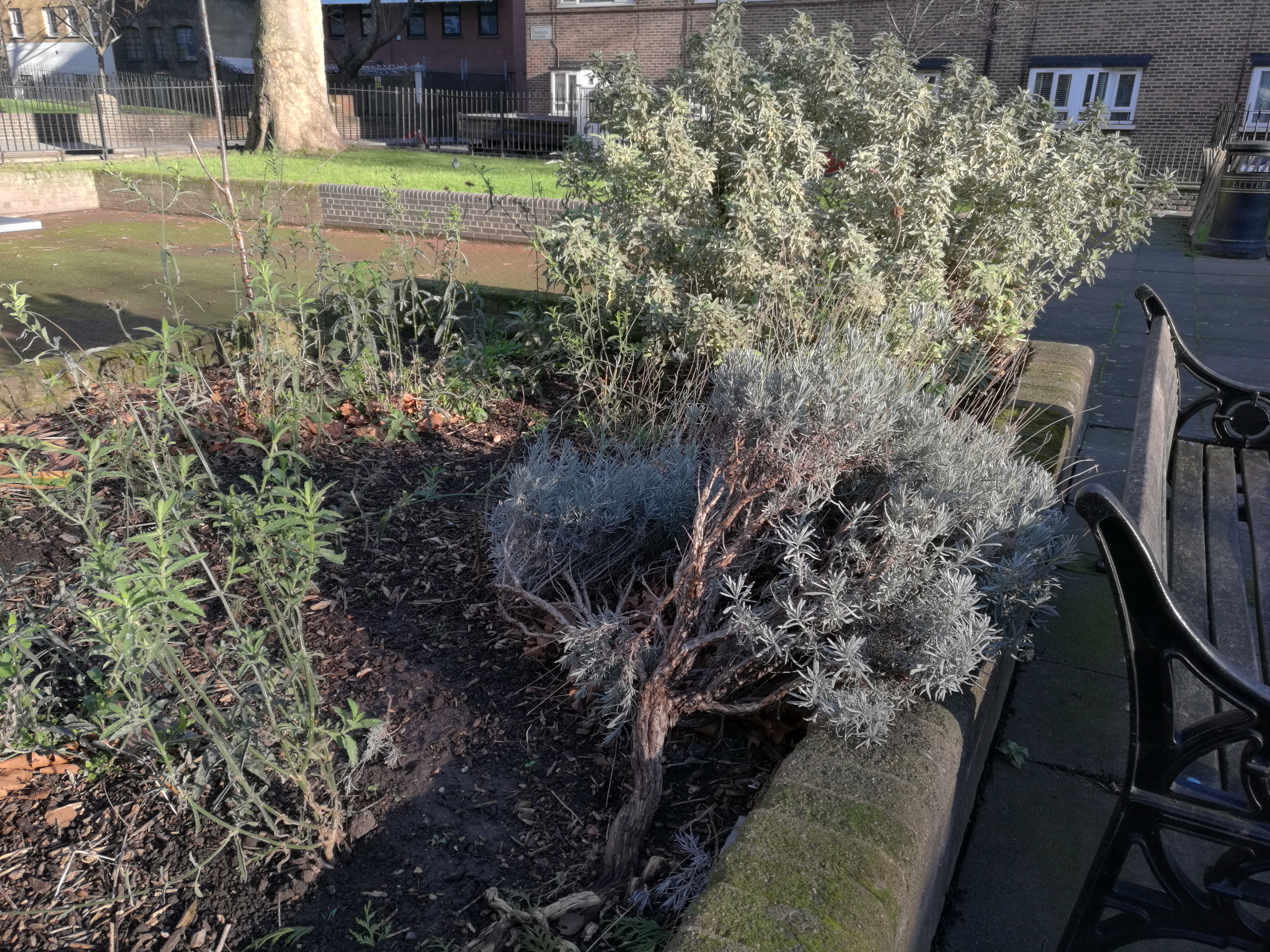 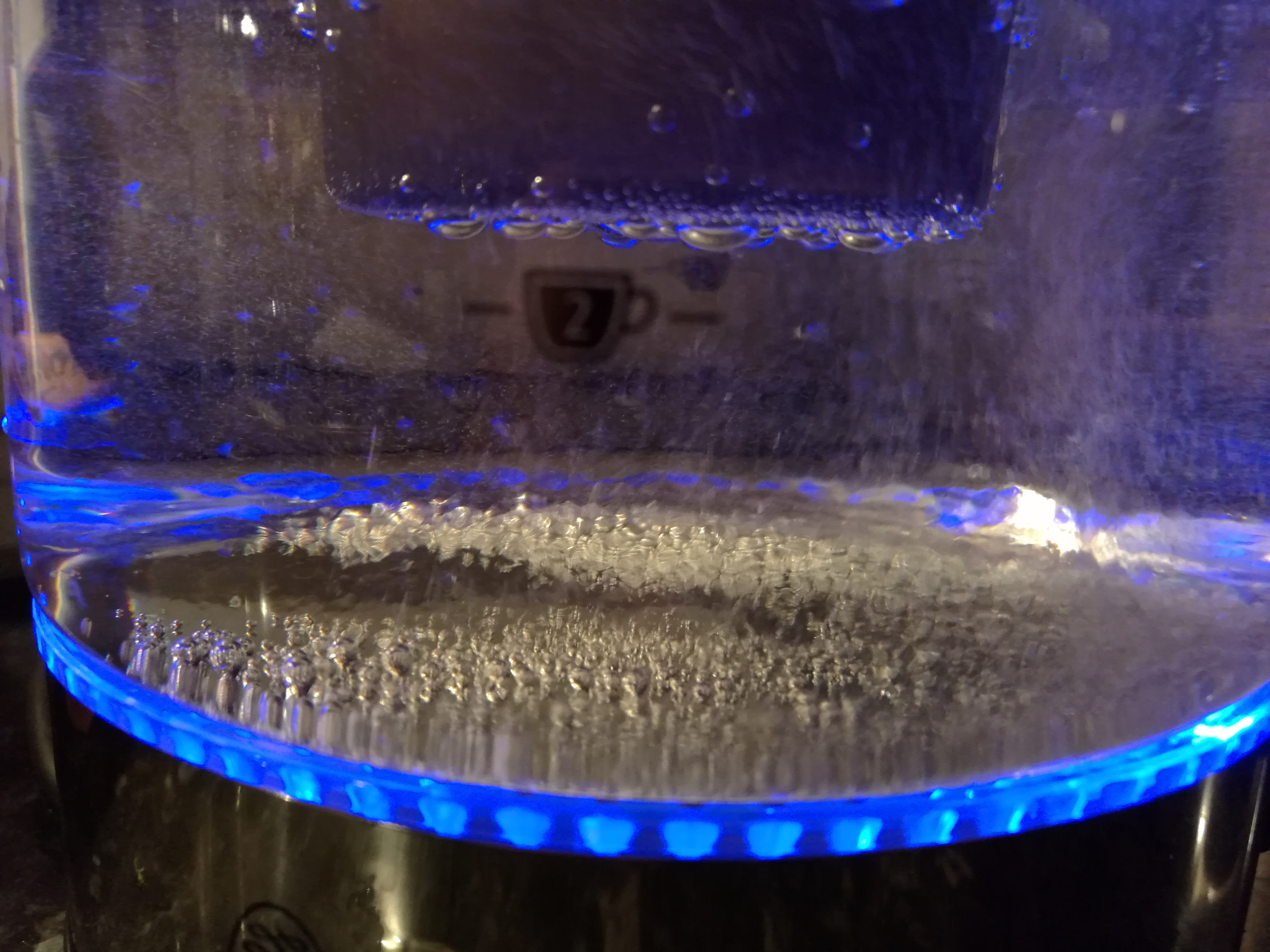 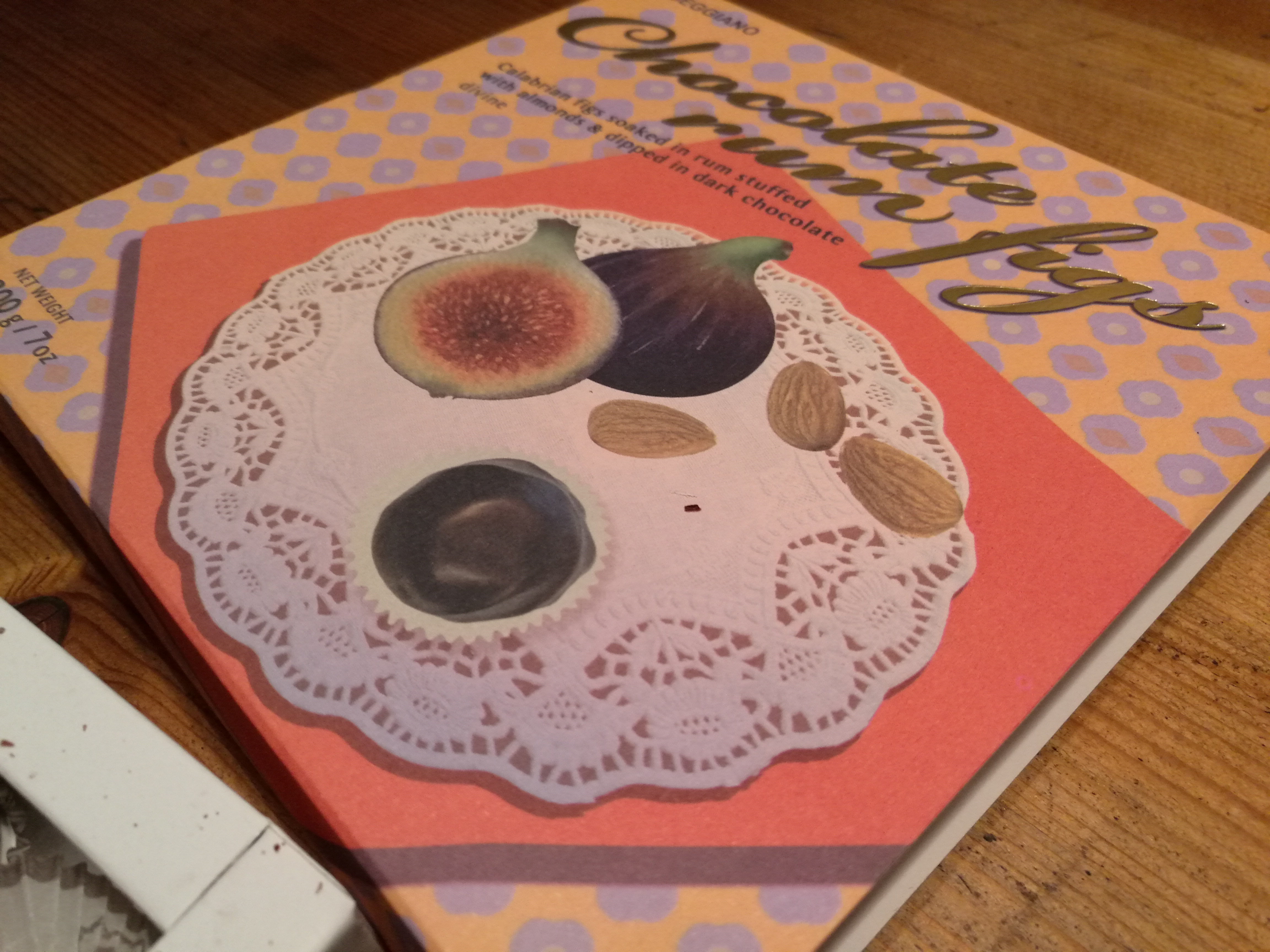 Ultimately, testing in more conditions across a longer time period is the only way to work out if it’s a reliable every day snapper. I did either miss or lose a couple of shots due to poor low-light performance though.

It’s not something that would really put me off potentially purchasing the device, but if you’re a camera purist and need the best out of your phone’s camera, this probably isn’t quite it.

The fingerprint sensor on the rear was useful for unlocking the device – and actually more conveniently placed than you might imagine – but it didn’t work every single time. Quite often, I’d need to scan my finger over it two or three times to unlock. Get it wrong too many times and you need to enter your PIN/password or wait 30 seconds to try again. That happened a few times too.

I didn’t get a chance to test it for payments yet, but it can also be used to silence your alarm and unlock apps, which I found handy as a Dashlane (password manager) user.

Unfortunately, I found features like Huawei’s voice control virtually pointless. It rarely recognized what I was saying, and that was on the occasions where it recognized I was saying anything at all.

In almost mockery of how poorly the Mate 8 recognizes voice commands from locked, there’s a mode that’s supposed to allow you to find your phone if you’ve misplaced it somewhere in the room. Even actual shouting from the other side of my lounge couldn’t rouse it, so there’s pretty much no chance if it’s slipped down the side of the sofa.

A tough market to crack

At the time of writing, Huawei hasn’t confirmed pricing for Europe or the US, so it’s hard to say whether the Mate 8 represents good value or not.

What it does, is pack a huge screen, seriously impressive battery, fingerprint sensor and (just about) acceptable camera performance into a slim and relatively lightweight 6-inch device, which is quite a feat. Throw in some unexpected quality to the speaker output and it’s a neat little package, providing you’re happy to splash about with Huawei’s Emui 4.0 UI.

On paper, and on performance, it’s probably going to be a strong contender for rivals’ upcoming devices, depending on how it is priced.

However, the challenge for Huawei now isn’t really about its devices – it’s about convincing new markets outside of its China core to buy into the idea that it’s a household name for smartphones.

It’s not quite there yet, and its industrial design doesn’t compare to some of its rivals, but if can keep delivering on quality and features and refine the design elements, it has at least half a chance.