Discord servers have become a staple of digital life, not just for gamers (their original intended audience), but for just about everyone. You can find a Discord server for almost anything now, from lifestyle groups to political debate servers.

With so many diverse groups, there’s no reason to have one identity for all of them. I mean, it’s tough to be taken seriously on debate forum when you’re still going by “MasterChiefsBae” … not that I’m speaking from experience. Luckily, Discord has a nickname function, meaning you can have a different name for each server you’re a part of.

[Read: How to find the best servers on Discord]

Here’s how to change your server nickname on Discord. Just for fun, I’ll demonstrate using the official Borderlands server.

First, select the server in question. Second, select the drop-down menu on the left sidebar of the server. It’ll be on the banner above the list of channels within the server. On desktop, it looks like a downward-pointing arrow, while on mobile it’ll look like an ellipsis.

From this menu, you can do a number of things within the server, including leave it (I do recommend doing a Discord spring clean this year if you’re on a million-and-one servers, but that’s a separate issue). Choose the option to “change nickname.”


Once you’ve clicked on that, enter the name of your choosing in the pop-up box. I chose Grace here, since it’s part of my usual username. And there you go, you’re now “[Nickname of Choice]” on that server. 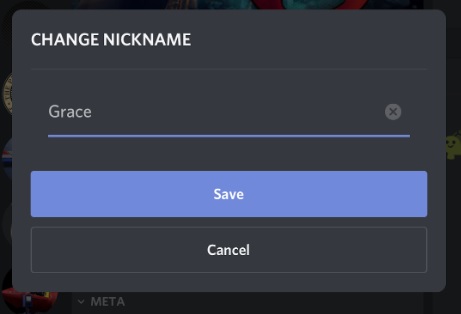 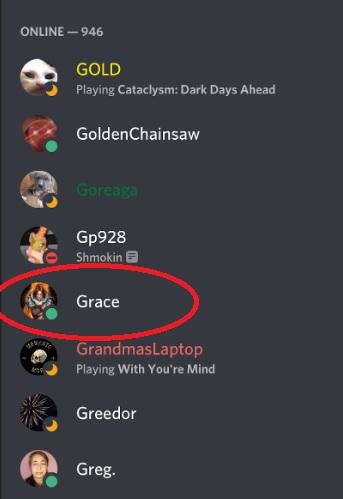 You’ll still retain your original username (or whatever other nicknames you have) on other servers. Good luck and I recommend not having too many nicknames to avoid getting them mixed up. Again, not that I’m speaking from experience or anything.