Back in September, we reported on how Eeve was trying to do what Color couldn’t, and was seeking to throw mobile, social, photo-sharing and location together into a big melting pot to create collaborative photo experience around specific events.

Well, as is the case with many fledgling startups, Eeve has now turned on its heels and morphed into Popset. So we caught up with co-founder Jan Senderek to get the lowdown on this pivot and take a quick peek at what Popset is all about.

Eeve’s founders applied to Y Combinator in September last year. It was actually the second time they had applied for the seed-stage funding programme, having been rejected first time around. This time, however, they were invited to fly to Silicon Valley for a ten minute interview, entirely at their own cost. This was in November.

“The interview was tough,” says Jan. “But we convinced the partners and got a call from them the same day that we’re in, which is a huge honor for us. I think besides us, there is just one other European team in the current batch.”

So, at the turn of the new year, Eeve upped sticks and moved to Mountain View, with its acceptance onto Y Combinator directly securing them $20k in funding, and another $150k from SV Angel, Start Fund and Andreessen Horrowitz.

“The program is super exciting, we receive amazing support from the partners and other founders from companies like Dropbox, Airbnb, Bump and so on,” says Jan. “What was important for us was the product-focussed approach, we missed this a lot in Europe. Y Combinator helps you to eliminate noise, focus on the important things, such as talking to users and writing code, to build something people actually want. The first office hours with the partners during the first two weeks of Y Combinator enlightened us, and we learnt very quickly what we did wrong and what we should change.” 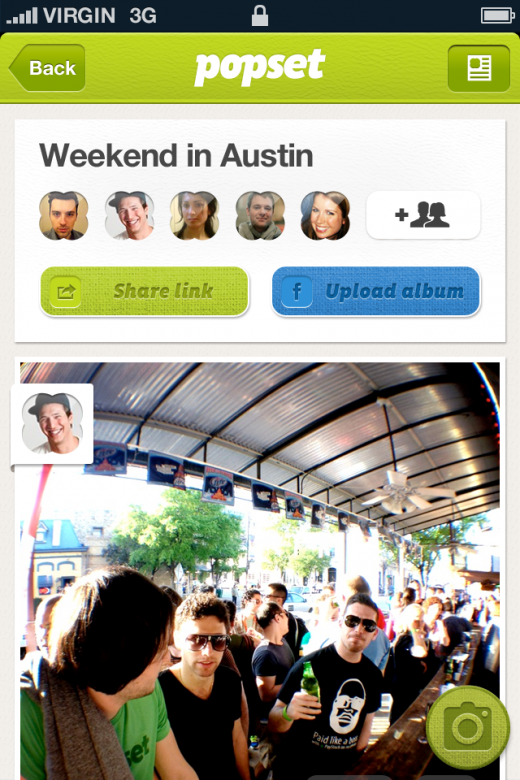 You may remember a startup called Color which was launched last year, securing a whopping $41m funding in the process. Well, not many people used it and it was forced into an early pivot, and it’s now focusing on creating temporary social networks using Facebook data. Or something like that.

Eeve, in its simplest form, let users take photos from their mobile and collaboratively tell a story with others in close proximity – these collaborations were what was known as ‘Eeves’. So whether you’re at a conference, a party, a concert or simply hanging out with friends in the park, users could start their own ‘Eeve’, or join an existing one.

Now, however, Eeve is no more. It has joined the ranks of Color – without the headline-grabbing $41m pricetag ’round its neck – and turned into Popset, which is available in the App Store now.

“We started listening more to our beta users and had a close look at our metrics,” says Jan. “Both were telling us that people wanted something simpler. We received so much good feedback from users about the fun you have when you are part of a group album, however they didn’t like the restrictions and they wanted privacy controls.”

The story is a familiar one. You may have heard of a rather popular photo-sharing app called Instagram. It, too, started life in a different guise, namely Burbn. In its simplest form, it was like an HTML 5 version of Foursquare – it was a social check-in app that let users share their location and other content…such as photos. Whilst it was reasonably popular amongst a small user base, founder Kevin Systrom says it was “confusing, undifferentiated and slow”. So it wasn’t a bad idea as such, it just didn’t bring anything new to the table or, ultimately, solve many problems. “We were in an exciting space, but it was too big,” he says. “A few people were using us a lot, but outsiders would bounce.” 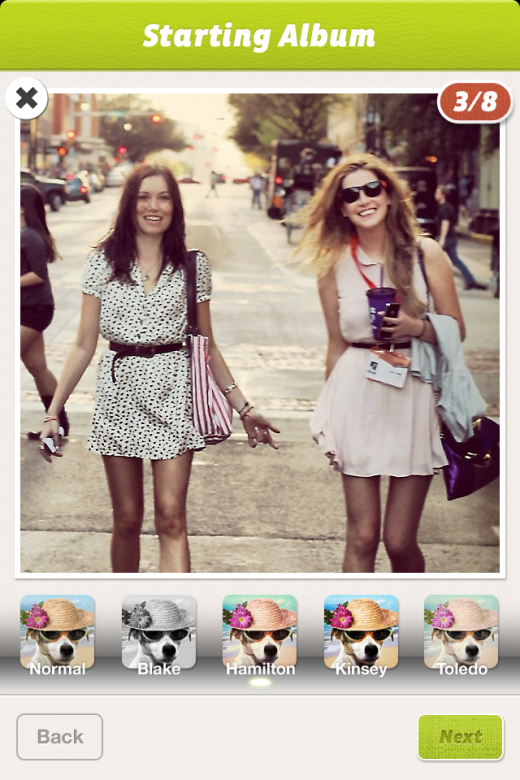 But if Burbn was anything, it was a testbed, an unintentional experiment that paved the way for what would become an immensely successful app. The key was in identifying ‘unexpected behaviors’ and looking at how people were actually using the product as opposed to how they were meant to be using it. Did you know that YouTube started off as a video website aimed at the dating market? It soon pivoted when users started uploading videos of cats doing cute things.

So now we have Popset, which has a similar story to tell. “We decided to remove any kind of restriction of how you would use the app and let the user choose,” says Jan. “Thus we have removed the necessity of ‘location’ for an album, we also removed the restricted duration of an album (how long it remains ‘active’ as a live album) and we allowed users to upload photos instead of just taking them in real-time.”

Moreover, it seems that privacy was a key requirement from its users – not everybody wanted to share their images publicly. “We added the ability to say whether an album is public or private, now more than 60% of all albums are private,” says Jan.

Why the new name?

“We ran into a situation meaning we had to rebrand, for a few reasons,” says Jan. “We couldn’t get hold of eeve.com, which was a must for us. People also had difficulties spelling and pronouncing ‘eeve’. Moreover, because we removed the restrictions, the use-cases of the app increased dramatically, so we thought a fresh start would make sense. We love the new name, the feedback for it is amazing.”

Popset is now an iOS group photo album app. A user starts an album by taking or uploading a bunch of photos, which can be spruced up with photo filters (sound familiar?). Then, the user invites friends from Popset or Facebook to join the album to add photos. “Every time someone adds a photo to a group, all friends get a push notification,” says Jan. “It’s great for communicating through photos.”

Whether the market has space for another photo-sharing app with filters, remains to be seen. With 27m users on iOS, and an Android app on the way, Instagram has significant traction in the mobile/social photo-sharing space already. But it has also proven there is a significant demand for such apps. And Popset isn’t really like Instagram, it’s all about group albums.

You may remember Path v2.0 morphed expanded its reach to be more of an ‘everything’ sharing app, not just photos. If Popset can carve itself a niche in the group-album photo-sharing space, and capitalize on its beautiful interface, it could gain traction in the space. It will also have to continue to work to integrate with Facebook rather than work against its might, which it is already doing, letting users upload an entire album to the social network with a single tap of your screen.

Of course, as with any such app, it feels like this could be easily mimicked. However, with more photo filters and editing tools on the way, as well as an Android and a Web-based version where people can manage their albums online, there is a lot of room for manoeuvre, if it can execute effectively.

Today could be crucial for the next stage in Popset’s progression too. It’s Y Combinator Demo Day, where more than four hundred investors from around the world will be checking out the startups displaying their wares. We’ll be sure to check-in with Popset a little further down the road.