The daily deals industry have long suffered a bad reputation – from customers leaving discounted tips to vendors treating voucher users ‘differently,’ online coupons for IRL services aren’t as appealing as they once were.

In what appears to be Groupon’s method of combating this coupon shame, the company has launched Groupon To Go, its own food delivery and takeout service akin to Seamless and Eat24. Today’s Chicago-only launch follows Groupon’s recent acquisition of mobile food delivery app OrderUp, and the service has been pilot tested in the Windy City since March.

In tune with its core mission, Groupon To Go’s main differentiator is its aim to offer discounts on food orders. Its mobile app will also surface deals nearby so you can get your savings on without feeling embarrassed to whip out a voucher, shamelessly referring friends for credits, or searching the Web for active discount codes. 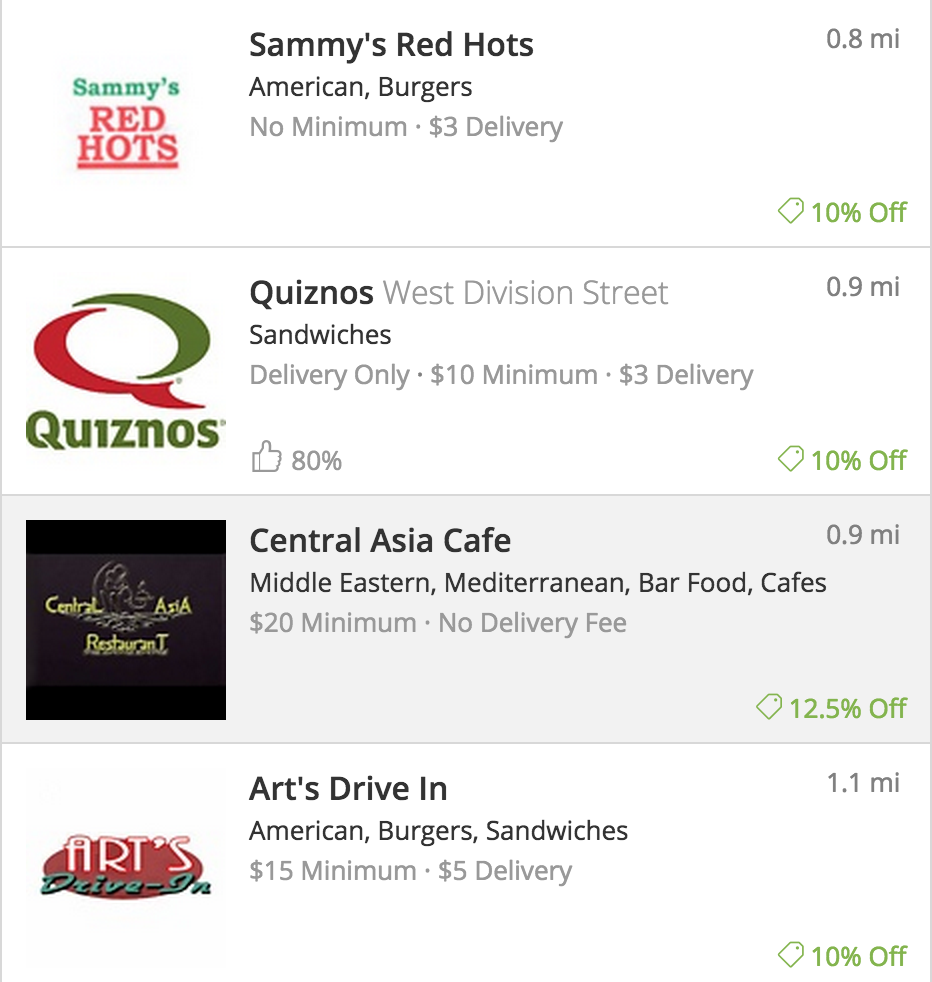 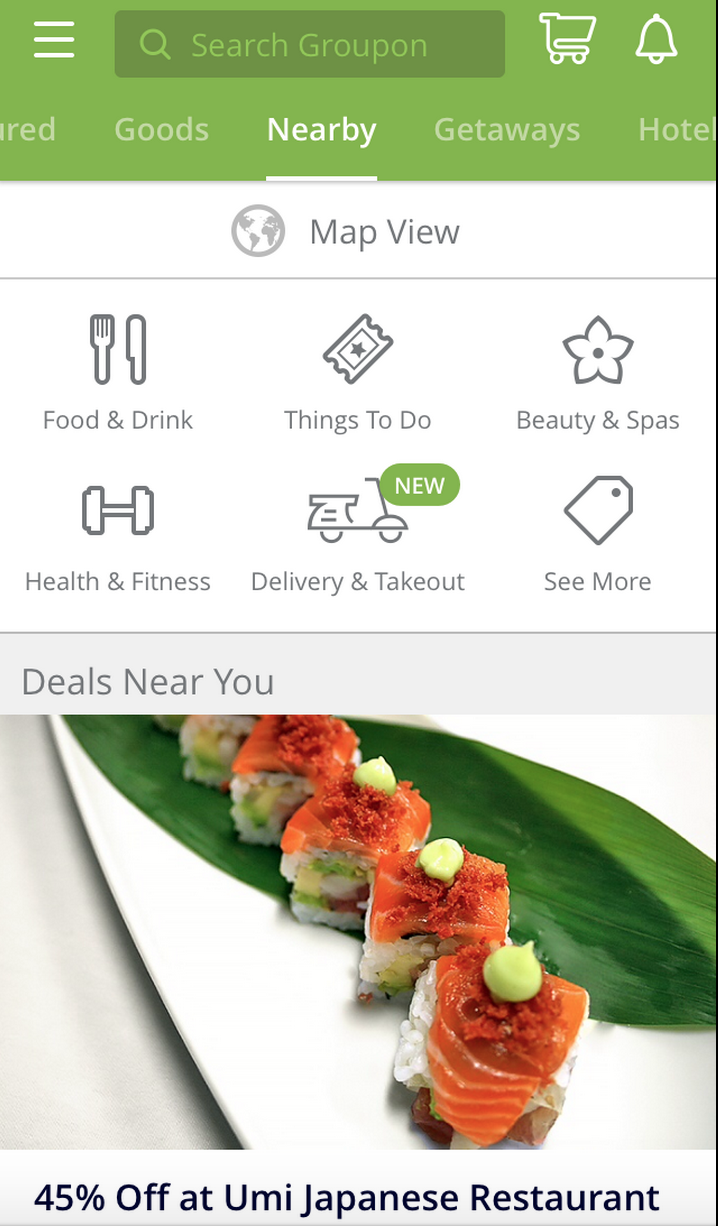 Currently, Groupon offers a minimum of 10 percent off on all orders, though many of the restaurants charge their own delivery fees. At this time, you can only narrow search results by “Delivery” or “Pickup,” then by cuisine type.

Groupon To Go has signed on 500 partner restaurants, which include glamorous chain take-out joints like Subway and Quiznos. It’s also running a promotion with former Chicago Bears coach Mike Ditka‘s restaurant for a chance to win some catered lunch.

The service is expected to expand to Boston and Austin in the fall; the company is planning to build its own delivery infrastructure to include restaurants that do not traditionally offer delivery. Soon enough, you’ll be able to coupon clip without the fear of local businesses giving you dirty looks.