If there’s one thing the diverse community of tech startups has in common, it’s that their founders have very little in common.

Not that long ago, it was the engineers, coders and developers who were behind many of the most successful startups in Silicon Valley, Silicon Alley and elsewhere. But now, one of the beautiful things about the startup economy is that anyone with a good idea can find the right technically skilled partner and launch. Of course, it’s not as simple as that, but if the idea actually solves a problem, it’s possible. 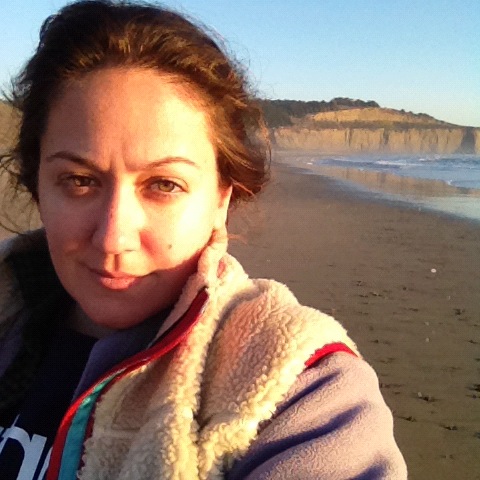 That’s what brought Perri Gorman, a former executive headhunter, into the world of startups. The love of the idea. Co-founder of the fast-growing Unroll.Me, founder of the stealth startup Archive.ly and founder of the New York chapter of Startup Grind, Gorman recently moved from New York City to the Bay Area.

We talked to her about her journey into the world of startups and what others — especially women — could learn from her story.

TNW: You came to the world of startups in kind of a roundabout way. I wonder if you could start by taking us back a little bit and sharing the CliffsNotes version of your background and how that led you to this point.

GORMAN: I had an awesome career as a headhunter on Wall Street for over 10 years. In 2006, it took me to Hong Kong, to build my firm’s office there. By 2008, with everything collapsing, I realized that it wasn’t what I wanted to do for the rest of my life.

I had a very “Eat, Pray, Love” period of self-discovery, then fell into social media consulting while still in Asia. In 2010, I went back to New York, and to headhunting. But I got to try new things early through my social media connections and fell in love with product while beta testing other people’s. I spent the beginning of 2011 networking, reading, listening and learning about startups.

Last summer, I came up with the original concept for Unroll.Me. I helped launch and market it and then went off to work on my new thing (I’m still an advisor to Unroll.Me). I just moved to Palo Alto and founded a startup inspired by my professional roots called Archive.ly. You’ll hear more about that in the coming months.

TNW: What is the purpose of Startup Grind and why did you launch the New York chapter?

GORMAN: I met the founder of Startup Grind, Derek Anderson, on Twitter. He has been running the Silicon Valley event for about two years and was ready to expand it. I kicked off the first expansion in New York, followed shortly after by Los Angeles. There are now events in San Diego, Austin, Toronto, Ottowa and Marin County, Ca. Startup Grind is now actively looking for directors in other cities.

And now that I’m on the Left Coast, I’ll be hosting events here, too – my first will be June 27 with Sahil Lavingia, founder of Gumroad. In New York, Justin Stanwix, senior marketing manager of Gust, took over and his first event is June 14 with guest Laurel Touby, founder of Mediabistro. Speakers in San Francisco have included Ben Silberman, Kevin Rose, Steve Blank, Jeff Clavier and Dave McClure (coming up in August).

I had experience managing events, and I enjoy connecting others in a networking environment, also I really liked Derek’s style. In my career as a headhunter, I had interviewed literally thousands of people and was always fascinated by their stories and why they made the choices they made. Now I get to share that with an audience. Derek’s “Fireside Chat”style interviews that define Startup Grind really resonate with my personal beliefs about what can be learned by hearing a person’s story.  I think one-on-one interviews (as opposed to panels) give a much richer picture of who a person is.

Startup Grind is for anyone who has an interest in hearing the stories of startup veterans or who want to meet a diverse group of startup founders and others interested in the latest ideas in tech. It is meant to educate and inspire and the team is really dedicated to help connect our guests with one another.

TNW: There’s a lot of talk about the lack of female leadership in tech companies — particularly startups. As a female founder, what’s your take on that? Why do you think there are so few women founders? And what do women need to do to support other women in tech — startups or otherwise?

GORMAN: How did I know this was going to be a question?

First, being a founder is hard. Period. Man or woman. Why aren’t more women founders? I don’t know, and I don’t focus on statistical data on the topic. I do know that you have to be willing to take some pretty big personal risks, and that just isn’t for everyone, man or woman. Let’s not forget that.

I have to admit, I haven’t experienced some of the difficulties that other women talk about, as a founder or in my previous career. Maybe I am just lucky, or maybe it’s the fact that I’ve never even entertained it (my gender) as an issue. If someone has a problem with me being a woman, that is his problem — not mine. I don’t accept it as part of my reality.

I was thrilled when Sheryl Sandberg came out and talked about women needing to be more ambitious. You don’t get to the top by complaining about it and campaigning about it. You do it by delivering indisputable value. There is a trend of women complaining disguised as cheerleading and I want no part of it. And I am not the only one. I am all for creating a community where women can learn from other women, however, and I think Women 2.0 does a great job at that.

Women mentoring women one-on-one is a key part of the solution, in my opinion. It is a responsibility not enough women are willing to take on. I worked for a hardcore, kick-ass woman in my early 20s. My first day of work, she sent me to Saks to buy her pantyhose. Then, for three years, she taught me everything she knew. I learned the art of being a woman in business, and that you can still be powerful without acting like a man.