Pinterest, a Tumblr like social network in which images are “pinned” onto categorically organized boards, is all the rage these days. The social media world’s darling has seen massive growth, and is fast becoming an interesting marketing and business tool.

Pinpuff calculates your “Pinfluence”, a measure of your popularity, influence and reach on Pinterest and it decides the monetary value of your pins and traffic your pins generate, a.k.a. your “Pin Worth”.

Pinpuff founder Ammrita Sharma is just 20 years old and he’s a self-declared Pinterest addict. “I love Pinterest more than anything on Internet,” says Sharma. “And I have many ideas to make it even better and more useful for both people like me and brands. Pinterest is an amazing source of referral traffic which must be harnessed to its potential.”

Sharma is in his last semester of studying computer science engineering in India so playing around with codes is what he likes to do. Hence, when two interests came together, Pinpuff was born.

After Sharma’s friendly pitch (which was half pitch, half call for help), I decided to give it a whirl. Unlike Tumblr and Twitter, I’m not that active on Pinterest…but I’m getting there, slowly. (Honestly, don’t you Pinteresters have jobs?!)

While you can’t see the different monetary values assigned to your profile just yet, Sharma gave me mine (cbmcbm):

(Average Traffic my profile may generate per month is 631 (with an assumption I am pinning at least 1 pin a day.)

Sharma tells me his algorithm takes into account your major interests on Pinterest such as Lifestyle, Food and Travel, as well as your followers and following count, your pins, repins, comments and likes. You pin’s monetary values are calculated based on categories you Pin about and different activity numbers.

Sharma, who’s currently bootstrapping it with family support, is still in the very early stages, continuing to tweak his algorithm and hoping to raise funding in the next few months to hire data miners to improve the engine.

Sharma hopes to get brands on board who are ready to crowdsource their boards and run contests on Pinterest that would reward active Pinterest users. Additionally, coupons or perks for influential Pinterest users is another way of realizing the value of a Pinfluence score, says Sharma. In the coming weeks, expect to see a new Pinpuff design including user profiles. (You can check out mine below.) 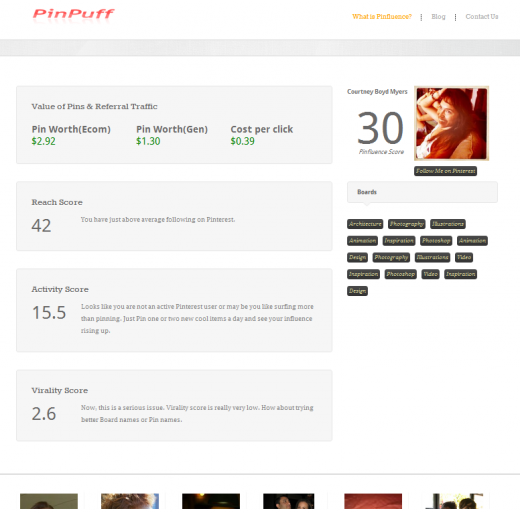 While Pinterest founder Ben Silberman is registered for Klout, Klout hasn’t started measuring influence on Pinterest at this time. There’s also the recently launched PinClout, which is planning to roll out powerful trend data and analytics soon. When Pinterest’s official API is released will tiny startups like Pinpuff and PinClout be wiped off the map? Or are they just easy acquisitions for Klout?

Pinpuff’s first 1,000 beta users will get exclusive invite to try out experiments with Pinterest well before it is opened for all. Check it out below. 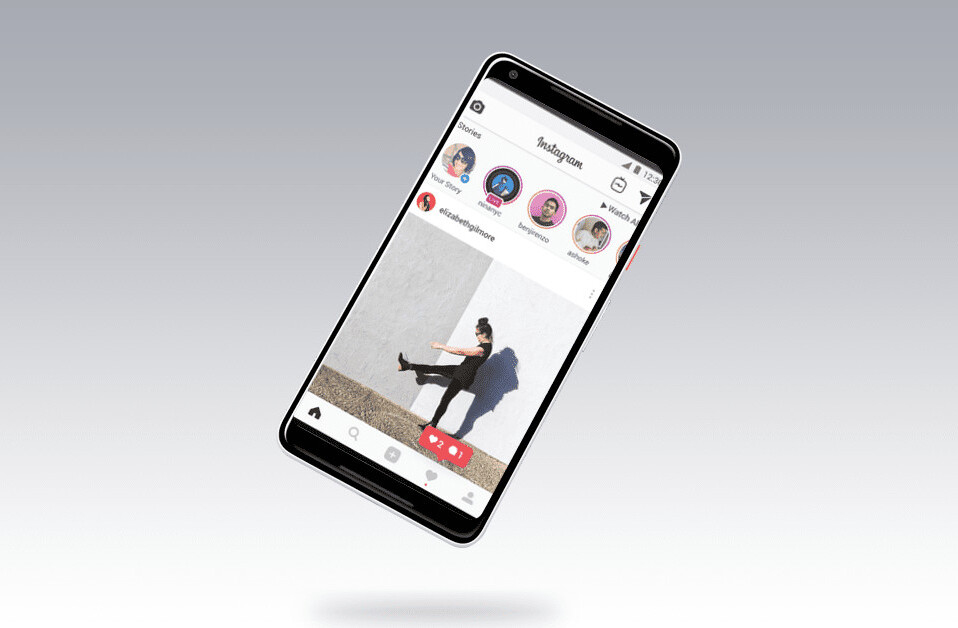