From a tech perspective, there’s little doubt that the launch of the new iPad was the biggest news this week. Considering how important tablets have become for newspapers, it is obviously important for the media as well.

Yet, this is only one of the many things that have happened in digital media over the last days – as usual, let’s look back at them in our weekly recap.

What we’ve learned this week: Newspapers are the fastest-shrinking industry in the US

We won’t teach you anything by telling you that traditional media is declining in the US. Yet, we can’t help but be taken aback by the extend of its downfall. As Business Insider reported, data released by LinkedIn shows that newspapers are the fastest-shrinking industry in the country:

Read more
Even worse, many newspaper executives apparently haven’t realized how serious the problem is; while the Financial Times managed to demonstrate that a paywall can work, the New York Times’ former CEO Janet Robinson made more money than the company did.

Still, this isn’t only about newspapers. As summarized in an infographic we published a few days ago, physical videos and printed books are also sliding.

While some may think it is depressing, there are also reasons for hope. As online media outlet ourselves, we believe that beyond the print crisis, we are actually witnessing an exciting transition towards digital. When traditional outlets decide to embrace it, online is the perfect medium to reinvent journalism, and this week brought its fair share of experiments and innovations.

As a matter of fact, the New York Times itself is testing new platforms, and dedicated a Tumblr to its SXSW coverage. On a more serious matter, the Guardian’s real-time investigation on the viral documentary ‘Kony 2012’ is another sign of the growing importance of live reporting.

Even more interestingly, the New York Times has also joined one of the most interesting initiatives to bring journalists and hackers together. Promoted by Mozilla and the Knight Foundation, OpenNews will send eight fellows to one of its partner newsrooms, where they will ““spend a year writing code in collaboration with reporters and newsroom developers.”

As for the Wall Street Journal, it took the opportunity of Super Tuesday to introduce a new page called Streams, which aggregates content from the newspaper and from social media. The British broadcaster Channel 4 went even further, announcing the launch of a new catch-up TV channel based on what’s being discussed online, while the BBC launched a News Control Panel to give users more control on what they see on their Facebook stream.

There’s no doubt that Facebook is increasingly central when it comes to online news – a reality that the social network is prepared to boost. Earlier this week, it launched a new feature called Interest Lists. According to the company, “Interest lists can help you turn Facebook into your own personalized newspaper, with special sections—or feeds—for topics that matter to you.” 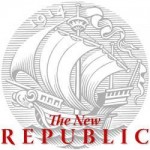 Some people around Facebook are certainly interested in the media world; a few days ago, its co-founder Chris Hughes bought the nearly century-old magazine The New Republic, with the ambition to “aggressively adapt to the newest information technologies without sacrificing [its] commitment to serious journalism.”

Going back to the WSJ, the extensive video coverage it is doing of the primaries also shows that the frontiers between the different types of media are now blurred. If you needed another example, the current affairs website Politico has also announced that it will broadly expand its video programming this year.

However, not everything is rosy in the digital world, and the US Justice Department warned Apple and five of the biggest American publishers that it planned to sue them for allegedly colluding over e-book pricing, the WSJ reported.

According to the newspaper, Steve Jobs convinced publishers to move to an “agency model” under which they would set their own prices, of which Apple would take a 30% commission. Publishers then managed to impose this model across the industry, including to Amazon, which effectively resulted in a price hike for the consumers.

One thing is for sure, publishers still have concerns about doing business with these new players, as expressed during a panel discussion at the Financial Times’ Digital Media Conference in London earlier this week:

“The new reality of the book marketplace is that new people have come in to it… and in almost every way they’re incredibly welcome – be it Google and Apple and Amazon – into the industry. But they are all giant corporations, and they have very deep pockets. They have agendas other than simply selling books on behalf of authors to consumers. In some cases they want to sell hardware, or drive people to buy clothing or cameras. What publishers have been concerned about is that people [companies] with very deep pockets should not wipe out the whole dedicated book trade,” said Tim Hely Hutchinson, Group Chief Executive at Hachette UK.

Google’s approach to e-books seems to partially confirm this issue; following the launch of Google Play, its library section is now called Google Play Books. In other words, “books are just one type of content that Google sells, and the company wants to offer them as part of an iTunes-like ecosystem rather than as a separate storefront,” Laura Hazard Owen pointed out on PaidContent.

Netflix, from the Apple TV to cable? Maybe not

While Apple’s keynote didn’t include the Apple TV set that some of us expected, the company did announce a new Apple TV set-top box. Among other changes, it now supports 1080p resolution and offers re-downloads of some of the movies you have already purchased.

Yet, the news that caught our attention is the fact that you can now sign up for Netflix directly on your Apple TV – and pay using your iTunes account. While mobile TV viewing is on the rise, there is little doubt that the living room is the natural home of a service like Netflix.

The company knows it, and has been reportedly talking with cable operators to deliver its streaming offer via their set-top boxes. Although such a partnership would be in Netflix’s best interest, it seems that cable companies aren’t as keen to partner with the streaming service. This is true of Comcast, which has recently launched its own SVOD service, Streampix, but also of others. According to SNL Kagan, quoting industry sources, none of the US’ three largest pay TV operators – Comcast, DIRECTV and Dish Network – is interested in carrying Netflix.

On the other side of the Atlantic, we learned that the UK’s Press Complaints Association would soon close, before the end of the Leveson inquiry. However, this wasn’t an early birthday present for Rupert Murdoch, who is celebrating his 81st birthday today – according to its chairman, Lord Hunt, the PCC’s replacement will be “a robust, independent regulator with teeth”.

It remains to be seen how regulators will react to the BBC’s latest project, as the Beeb is reportedly planning to launch its own ‘iTunes’, where viewers would be able to buy individual TV episodes. 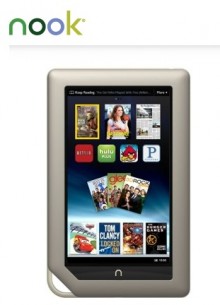 Another somewhat bad news for Apple could be the launch of Barnes & Noble’s tablet in the UK. As we reported, the bookstore chain is hosting a developer event in London later this month, making us wonder if it is planning to sell its Nook tablet in the country.

Finally, the second-screen app Zeebox keeps on getting traction in its home market, and its latest TV ad campaign helped it acquire a whopping 15,000 users per hour after the commercial aired. Could global expansion be its next stop?