Today’s Apple event is all about the third generation of the wildly successful iPad and the newest version of Apple TV. Those major releases, an iOS update, new apps sales stats are just some of the things we’ve learned.

Tons of details have been shared, so get ready for all the juicy details. Here’s everything you need to know: 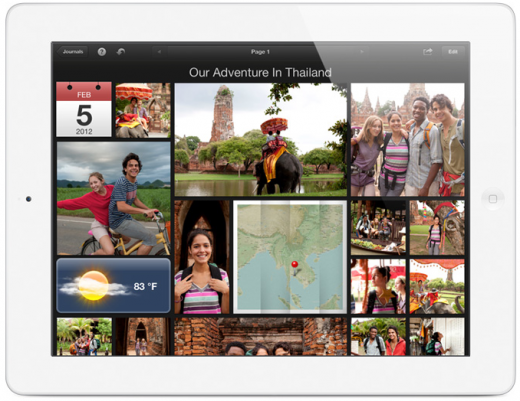 Apple has just announced its brand new iPad, which packs a high-resolution Retina Display running at 2048×1536 with a pixel density of 264PPI. That’s 3.1M total pixels.

The new display is powered by a quad-core A5X processor with improved graphics capabilities. The device maintains the current 10 hour battery life with 9 hours on 4G. It’s 9.4mm thick and weighs 1.4 pounds.

Apple CEO Tim Cook on the new iPad: “Until you see it you can’t understand how amazing it is.” 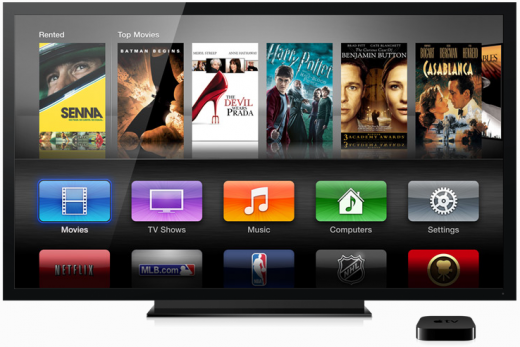 Apple announced the new Apple TV, which will support 1080p redownloading of items that you’ve purchased. There’s also a completely new, iOS-esque interface for the device.

Eddy Que came to the stage to talk about the new interface, which features better support for movies and the addition of PhotoStream. Click here for more.

Apple announced that the final version of iOS 5.1 is available today, rolling out the update to iPhone, iPad and iPod touch devices following the launch announcement. iDevice owners will be able to download it today via iTunes.

Tim Cook noted that Apple has added Siri support for Japanese users, which we knew before, but has finally confirmed it. Click here for more.

iPhoto comes to the iPad 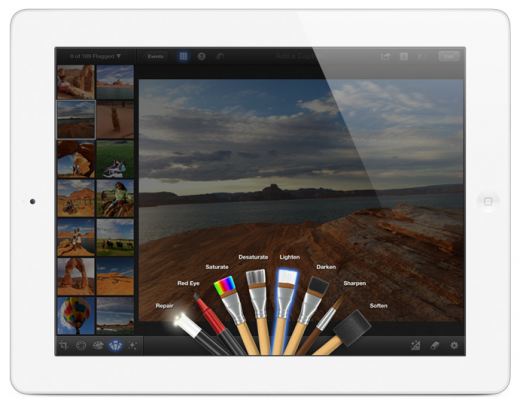 Yes, iPhoto is finally arriving on the iPad. According to the keynote, it’s all about all editing — effects, photo-beaming (from device to device) and new photo journals.

The company announced a raft of updates to its existing tablet-centric apps including Garageband, iMovie and iWork but also launched a new (and expected app) — iPhoto. Click here for more. 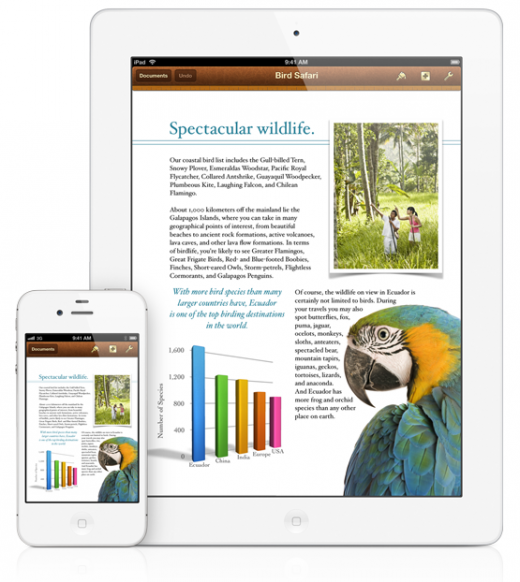 Along with the new iPhoto, Apple has updated iWork, iMove and Garageband. The main changes to iWork are visual, as Apple’s productivity apps got a redesign to go along the new iPad’s Retina Display.

As for Garageband, the update brings a new Note Editor, instruments, Smart Strings and iCloud integration. Lastly, iMovie now allows you to make movie trailers, do outlining and storyboarding and record in 1080p. Click here for more.

Tim Cook opened today’s presentation by talking up its amazing growth Apple has seen in what it calls the post-PC era. Cook says that its line of iDevices have sold a jaw-dropping 172M units and now makes up for 76% of its revenue. Click here for more.

Epic Games took the stage to share a sneak peak of Infinity Blade: Dungeons. Once again, you’re on a quest. But this time, you’re looking to build the Infinity Blade itself.

The game looks killer, with HDR graphics and tone mapping, especially with the new lighting that the iPad’s quad-core graphics processor can handle. Click here for more.

There’s plenty more details to check out, so click that big button below to see all of our Apple coverage!