As first covered by Cult of Mac, Girls Around Me is an incredibly creepy app that allows anyone to locate nearby girls based on public Foursquare checkins and Facebook data. Now the app has been officially banned by Foursquare in response to its dangerous potential.

This is a violation of our API policy, so we’ve reached out to the developer and shut off their API access.

What’s particularly interesting about this app is that it isn’t doing anything but accessing data that is already given away by users. The thing is, these girls more than likely never wanted any such information to be accessible at all, but never realized how much they are putting themselves at risk. 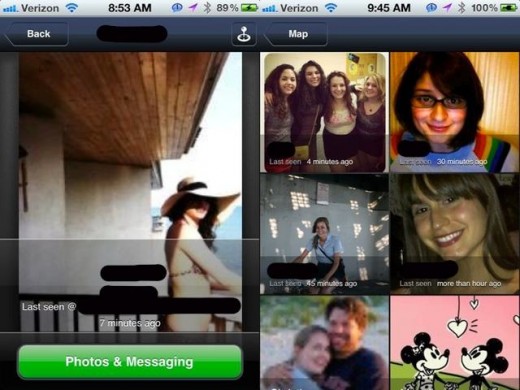 Privacy buffs can say what they want, as can Facebook and Foursquare staff, but the reality is, many users don’t understand what they’re revealing and popular platforms can do more to help. The developers behind Girls Around Me should be held responsible for this app, but my real concern is the platforms that power it.

The official description, from the app’s creators:

This foursquare-based tool helps you SEE WHERE NEARBY GIRLS ARE CHECKING IN, and shows you what they look like and how to get in touch! You can also search for guys or see who’s hanging out at a particular place.

The app is so easy to use: search for girls or guys, browse the map and press scan to begin scanning the area for recent check-ins! See where people are spending this evening. Look at the photo and decide whether to seek out someone new at a nearby venue or play it cool by showing your interest via Facebook!

As the Bits Blog notes, “the app was built by a company called SMS Services O.o.o., which is based in Russia.” So far it is still accessible via the App Store, but that likely won’t last for long. It’s noteworthy that the app does allow girls to find nearby guys, but that’s clearly not its main function.

Foursquare, Facebook and other services all add up to paint a surprisingly detailed picture of users. Could this make you reconsider all the data you share online?