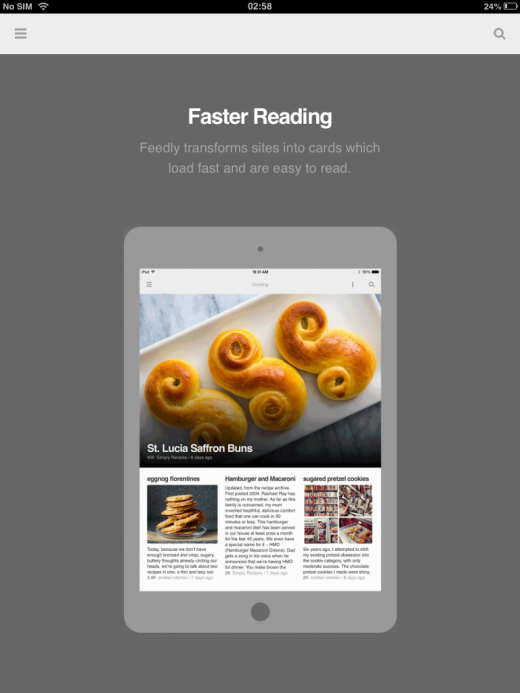 Feedly, the popular RSS service that has replaced Google Reader for many, has released an update for its iOS app which introduces the speed reading feature that first landed on its Android app earlier this month.

The headline feature lets users consume content faster by allowing them to tap the edge of the screen to cycle through new stories — while organizing them as cards to make them easier to read.

The app update has also added a new night theme which transforms the background display from white to black when selected. Owners of iPads will notice that there is a new design for the Apple tablet, while Feedly says it has sped up the time it takes images to be processed.