Trying to survive In the wake of a nuclear war isn’t easy – but in Fallout’s fictional setting, the Pip-Boy 3000 Mk IV wearable makes things a little easier by showing you your health stats, maps, inventory of items and even acting as a Geiger counter on your wrist.

Wouldn’t it be grand to have one in real life? Last year, Bethesda released a replica that was little more than a case for your phone. Now, it’s upped its game with an even better version that has an integrated screen and its own ‘on-board software and hardware.’

Limited to 5,000 pieces, the Pip-Boy Deluxe Bluetooth Edition runs Pip-OS and pairs with your phone to let you make calls, read incoming texts and play music. 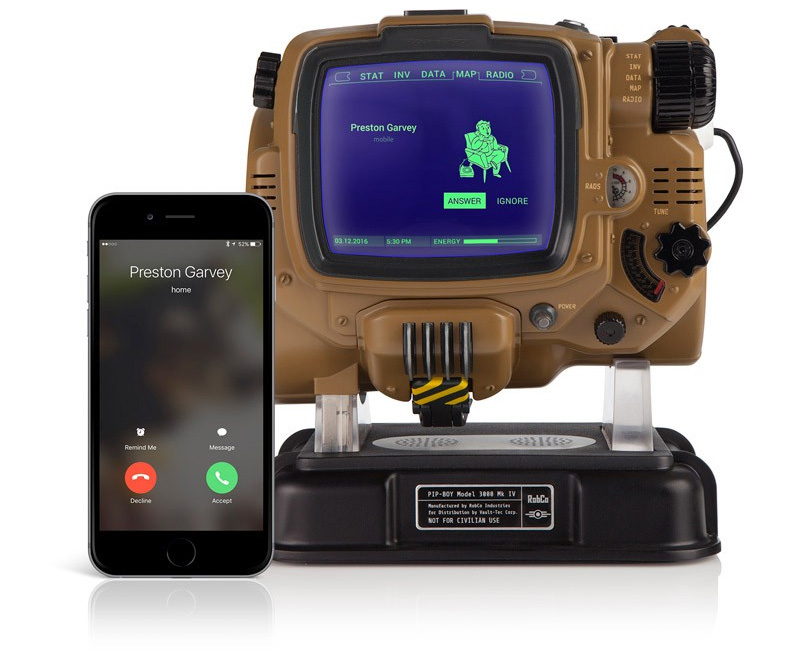 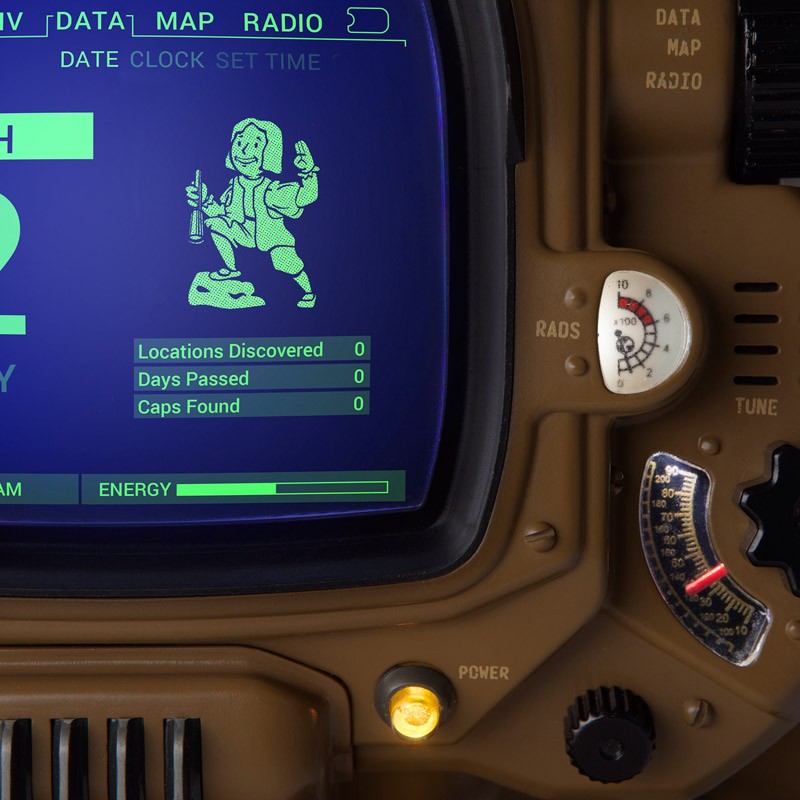 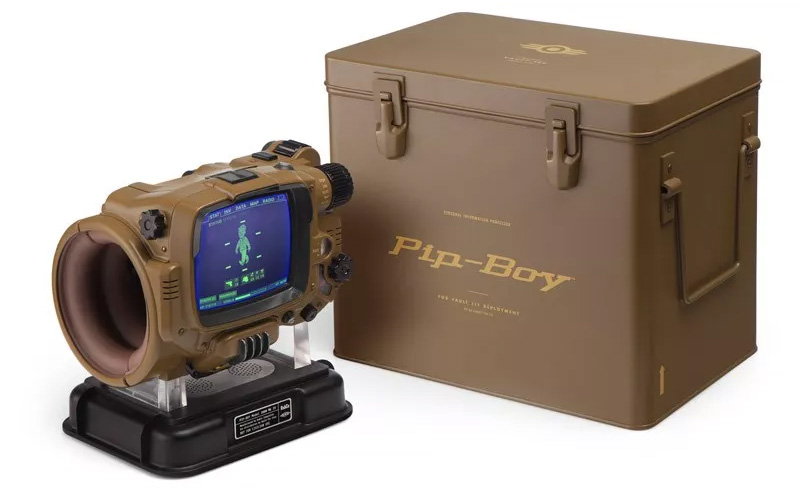 All its knobs, dials and buttons work, and it also has a Cosplay mode to display Status, Special and Perks screens that will be familiar to Fallout fans. When not in use on your wrist, it doubles up as an alarm clock.

You’ll be hard-pressed to find cooler Fallout memorabilia than this. The $350 device ships in November from ThinkGeek and comes with a RobCo Industries stand that has its own speakers, as well a Capsule-Case inspired tin to store it.