American TV network CBS has launched a brand new iOS app, optimized for both iPhone/iPod touch and iPad, which will let users stream programming from between 24-hours and eight days after broadcast.

While the app is iOS only for now, CBS says it will launch on “all major mobile and tablet platforms” later this year, including Android and Windows 8. And, crucially, this opens a major new monetization avenue for the broadcasting behemoth. 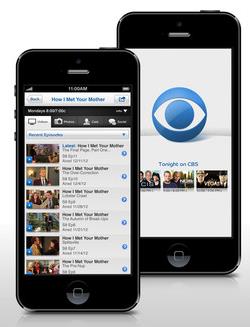 “We have been methodically and strategically finding new ways to satiate the appetite for our content on new platforms, while tapping into the tremendous revenue provided by doing so,” says Leslie Moonves, President and CEO, CBS Corporation.

“Our announcement today achieves both of these objectives, while protecting our very healthy current ecosystem,” he continues.  “In addition – by making our shows available on all the leading mobile devices out there – we are confident we will bring a whole new set of viewers to the CBS Television Network and build upon our standing as the number one network in the business.”

The new app will integrate its existing CBS Connect App experience by the start of the fall TV season, at which point it will offer integrated social feeds; live events that allow fans to engage directly with on-screen stars; and second-screen experiences synched to the broadcast with additional content for shows such as CSI, Criminal Minds and others.

This is a major move for CBS, as it will open up many new revenue avenues for the network around advertising, long after the original programme has aired.