Twoto (free) is a visual Twitter discovery engine for the iPhone and iPad.

Hits: Minimal, and extremely easy-to-use interface.  Does not require a Twitter account or any other form of login to use.

Misses: Needs a method to scroll forwards and backwards through pictures, as well as an option to set one’s location to view pictures and their accompanying Tweets in one’s native language.

Twitter, more so than Facebook, or other social networks, is where I spend the bulk of my time, be it on my phone, iPad, or laptop.  Preferred apps for Twitter consumption, particularly on my iPhone, include: Twitter for iPhone, Smartr, Trickle and Hootsuite.  Each app offers something slightly different from one another, making them my Twitter app staples.

Twitter for iPhone and Hootsuite are grand options for any Twitter user, be you a power or casual users.  Smartr is super for curating news, removing the mundane, from your Twitter stream, and Trickle is the perfect passive Twitter app.

Available on both iPad and iPhone, Twoto is a Twitter time-kill, allowing Twitter users and non-users to view profile pictures and information for Twitter users around the globe.

Launch the app and one instantly begins viewing a constant stream of profile pictures and the latest Tweet from Twitter users.

The profile pictures then change from one to another, sometimes at oddly irregular intervals. This is an issue, as the option to set a time between photo changes would be nice, as would having the ability to move ahead or back between pictures.

In addition to allowing one to view profile pictures of individuals, Twoto offers the option of selecting the “View” button, and finding out more about the individual Tweeting (number of followers/followed, number of Tweets, and a list of recent Tweets). 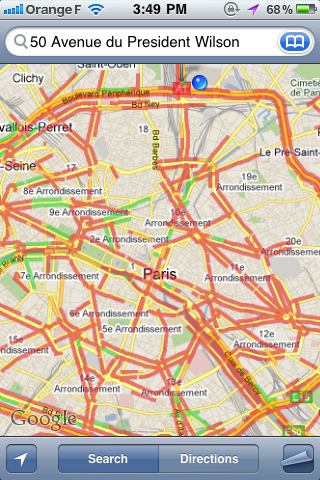 The issue I find with this feature concerns being unable to interact with the individual(s) you find interesting when using Twoto.  Adding Twitter login capability is needed in the worst way.  One could follow others, be followed, Tweet, retweet, or favorite Tweets once logged in.

Another aspect of Twoto which would be grand is the ability to add one’s desired location so, yours truly for instance, who speaks no Japanese, does not receive a constant stream of photos and accompanying Tweets from Japanese Twitter users.

Twoto is a good concept which could be made even more useful as a Twitter app with a few tweaks.  That said, if you’re a passive Twitter user and enjoy snooping Twitter profile pictures of others, Twoto in its present state is certainly for you.