When the results of an experiment don’t match predictions made by the best theory of the day, something is off.

Fifteen years ago, physicists at Brookhaven National Laboratory discovered something perplexing. Muons – a type of subatomic particle – were moving in unexpected ways that didn’t match theoretical predictions. Was the theory wrong? Was the experiment off? Or, tantalizingly, was this evidence of new physics?

Physicists have been trying to solve this mystery every since.

One group from Fermilab tackled the experimental side and on April 7, 2021, released results confirming the original measurement. But my colleagues and I took a different approach.

I am a theoretical physicist and the spokesperson and one of two coordinators of the Budapest-Marseille-Wuppertal collaboration. This is a large–scale collaboration of physicists who have been trying to see if the older theoretical prediction was incorrect. We used a new method to calculate how muons interact with magnetic fields.

My team’s theoretical prediction is different from the original theory and matches both the old experimental evidence and the new Fermilab data. If our calculation is correct, it resolves the discrepancy between theory and experiment and would suggest that there is not an undiscovered force of nature.

Our result was published in the journal Nature on April 7, 2021, the same day as the new experimental results.

The muon and the Standard Model

The muon is a heavier, unstable sister of the electron. Muons are all around us and are, for example, created when cosmic rays collide with particles in the Earth’s atmosphere. They are able to pass through matter, and researchers have used them to probe the inaccessible interiors of structures from giant volcanoes to the Egyptian pyramids.

Muons, like electrons, have an electric charge and generate tiny magnetic fields. The strength and orientation of this magnetic field is called the magnetic moment.

[Also read: The imminent discovery of new forces of nature could change physics as we know it]

Almost everything in the universe – from how atoms are built to how your cellphone works to how galaxies move – can be described by four interactions. You are probably familiar with the first two: gravity and electromagnetism. The third is the weak interaction, which is responsible for radioactive decay. Last is the strong interaction, the force that holds the protons and neutrons in an atom’s nucleus together. Physicists call this framework – minus gravity – the Standard Model of particle physics.

Of all of the effects that the strong interaction has on the muon’s magnetic moment, the largest and also hardest to calculate with the necessary precision is called the Leading Order Hadronic Vacuum Polarization.

In the past, to calculate this effect, physicists used a mixed theoretical–experimental approach. They would collect data from collisions between electrons and positrons – the opposite of electrons – and use it to calculate the strong interaction’s contribution to the muon’s magnetic moment. Physicists have been using this approach to further refine the estimate for decades. The latest results are from 2020 and produced a very precise estimate.

This calculation of the magnetic moment is what experimental physicists have been testing for decades. Until April 7, 2021, the most precise experimental result was 15 years old. For this measurement, at Brookhaven National Laboratory, researchers created muons in a particle accelerator and then watched how they moved through a magnetic field using a giant, 50-foot-wide (15-meter) electromagnet. By measuring how muons moved and decayed, they were able to directly measure the muon’s magnetic moment. It came as quite the surprise when Broohaven’s 2006 direct measurement of the muon’s magnetic moment was larger than it should have been according to theory.

Faced with this discrepancy, there were three options: Either the theoretical prediction was incorrect, the experiment was incorrect or, as many physicists believed, this was a sign of an unknown force of nature.

So which was it?

My colleagues and I chose to pursue the first option: The theory might be off in some way. So, we decided to try to find a better way to calculate the prediction. Our team of physicists took the most basic underlying equations of the strong interaction, put the equations on a space-time grid, and solved as many of them as possible at once.

The technique is kind of like making a weather forecast. As commercial aircrafts fly their routes, they measure pressure, temperature, and the speed of wind at given points on Earth. Similarly, we placed the strong interaction equation on a space-time grid. The weather data at individual points are then put into a supercomputer that combines all of the data to predict the evolution of the weather. Our team put the strong interaction forces on a grid and looked for the evolution of these fields. The more planes collecting data, the better the prediction. In this metaphor, we used billions of airplanes to calculate the most precise magnetic moment we could using millions of computer processing hours at multiple supercomputer centers in Europe.

Our new approach produces an estimate of the strength of the muon’s magnetic field that closely matches the experimental value measured by the Brookhaven scientists. It essentially closes the gap between theory and experimental measurements and, if true, confirms the Standard Model that has guided particle physics for decades.

But my colleagues and I have not been the only ones pursuing this mystery. Other scientists, like the ones at Fermilab, a particle accelerator close to Chicago, have chosen to test the second option: that the experiment was off.

At Fermilab, physicists have been continuing the experiment that was done at Brookhaven to get a more precise experimental measurement of the muon’s magnetic moment. They used a more intense muon source that gave them a more precise result. It matched the old measurement almost perfectly.

The Fermilab results strongly suggest that the experimental measurements are correct. The new theoretical prediction made by my colleagues and me matches these experimental results. While it may have been exciting to discover hints of new physics, our new theory seems to say that this time, the Standard Model is holding up.

One mystery remains though: the gap between the original prediction and our new theoretical result. My team and I believe that ours is correct, but our result is the very first of its sort. As always in science, other calculations need to be done to confirm or refute it.

This article by Zoltan Fodor, Professor of Physics, Penn State, is republished from The Conversation under a Creative Commons license. Read the original article. 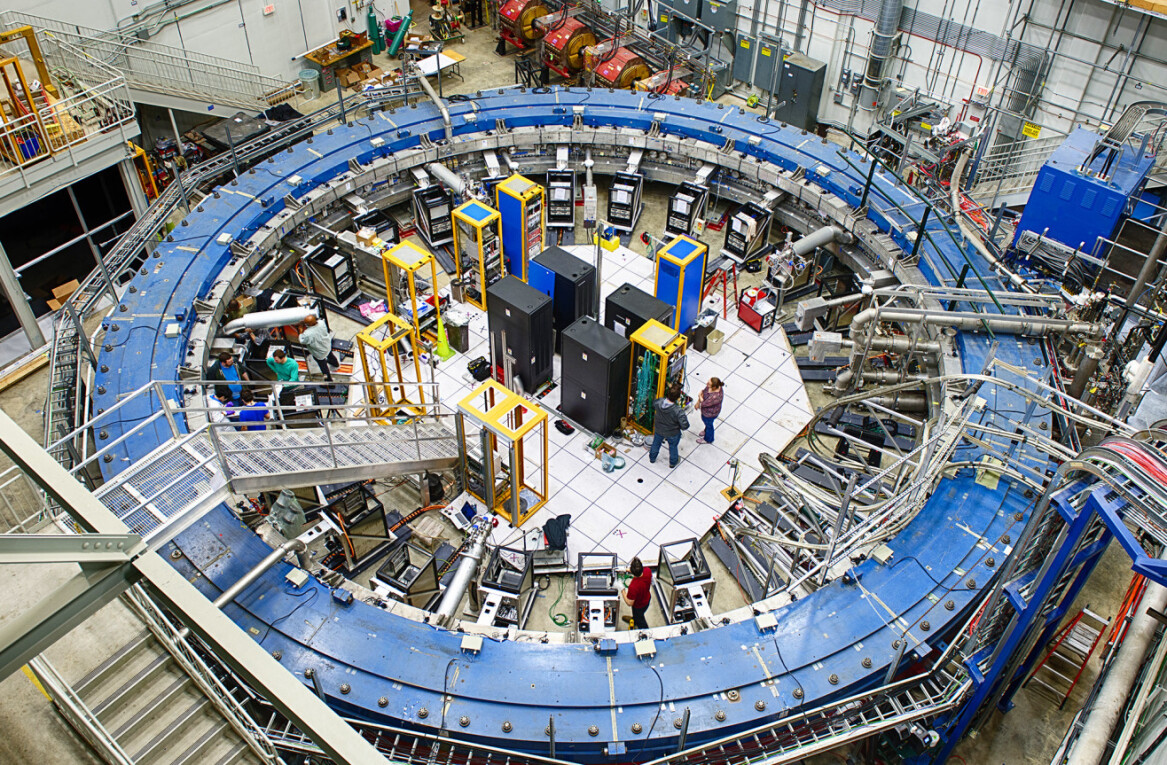