This article was published on January 4, 2015

December was a fairly quiet month for Latin America’s tech scene itself. However, some macro changes that took place may have a long-lasting impact, such as the rapprochement between the US and Cuba.

Internet for Cubans? Not so fast…

The White House’s recent move to start normalizing relations with Cuba is probably one of the biggest events of 2014. From a technology perspective, it could have a positive impact on Internet connection quality on the island, as the White House stated that US telcos are now “allowed to establish the necessary mechanisms, including infrastructure, in Cuba to provide commercial telecommunications and Internet services.” However, the MIT Technology Review rightly points out that an open Internet won’t arrive overnight, as it remains to be seen whether the dictatorship is willing to relinquish its stronghold on freedom of speech.

Infrastructure aside, the American measures also include the “commercial export of certain items that will contribute to the ability of the Cuban people to communicate with people in the United States and the rest of the world will be authorized.” This may include hardware, software and apps, which means that it wouldn’t be surprising to see a player such as Google eventually offer paid apps and services on the island. As you may remember, the company recently launched a limited version of its Google Play store in Cuba, which it had to limit to free apps.

Telecommunications group Altice SA is set to acquire the Portuguese operations of Brazilian company Oi for about 7.4 billion euros ($9.2 billion), Reuters reported. The transaction is subject to regulatory approval.

WPP’s Kantar unit acquired a controlling stake in IBOPE to expand its in the global media and marketing research business. As Mediapost noted, “IBOPE is to Latin America what Nielsen is in the U.S.”

Brazilian health company Pixeon completed the acquisition of MedicWare, a B2B IT provider for hospitals and labs, Startupi reported. As you may remember, Pixeon is one of the select few Latin American companies backed by Intel Capital.

Latvia-based infographics platform Infogr.am bought Brazil-based infographics blog Visualoop, which is however set to maintain its own brand and editorial independence. Founded in early 2010 as a Tumblr blog, Visualoop is available in English and Portuguese.

Microsoft announced new Windows Phone carrier billing partnerships around the world. Brazil will be one of the first countries where the service will roll out. This means that Brazilian Windows Phone owners will soon be able to pay for app and other content digital purchases directly through their phone bill.

Argentine IT heavyweight Globant will collaborate with Google to build the back-end of Project Ara‘s upcoming marketplace. As you may remember, Project Ara is a low-cost built-it-yourself Android smartphone which Google’s Advanced Technology and Projects (ATAP) group is working on. According to Globant’s announcement, the new marketplace will serve as the principal hub for Project Ara modules and related hardware, which consumers will be able to acquire directly from their developers.

Brazilian hosting and cloud computing service Ascenty announced in a press release having raised $130 million in new funding. It plans to use these funds towards the expansion of its infrastructure in Brazil. “By the end of 2015, Ascenty will have five data centers operating in Brazil. In addition, we will be expanding our fiber-optic network from 3,000 kilometers to over 4,500 kilometers by the end of 2015,” said its founder and CEO Chris Torto.

Florida-based tech conference eMerge Americas will receive $1.5 million in new support from the John S. and James L. Knight Foundation. The event’s second edition is scheduled to take place in Miami in May 2015, The Starting Gate reported.

Latin American startup Formafina raised a new investment round of US$1.5 million with participation from investment network South Ventures. Once described by TechCrunch as “a Fab for the new rich of South America,” FormaFina plans to use this new funding to finance its expansion into Colombia. The platform is already present in Argentina and Brazil.

Colombian online retailer for office products Ofi.com.co announced having raised an additional $150,000 to complete its first seed round, which now amounts to $900,000. Its backers include South Ventures, angels from several countries and Colombian agency iNNpulsa.

Uber closed a strategic partnership with América Móvil to expand its reach in Latin America, where it has been present since its launch in Mexico City in August 2013. Following the deal, the Uber app will be featured on millions of Android phones belonging to clients of the telco’s various networks across the region, starting with its Mexican mobile carrier Telcel. Both riders and drivers will get special discounts for using both services.

Movile‘s kids’ entertainment platform PlayKids expanded into China, where it is now available to download on iOS devices. Beyond the app’s rollout itself, the expansion also involved several licensing deals to localize PlayKids’s content offering. In addition to popular global TV shows such as ‘Octonauts’ and ‘Fireman Sam’, Chinese kids will also be able to stream cartoons from their own country.

German online furniture retailer Home24 raised €15,9 million (around $19 million USD), consisting mostly of a follow-on investment from Rocket Internet. According to Gründerzeit, the company plans to use this funding to expand in Europe and Latin America.

On the contrary, fellow Rocket Internet company Easy Taxi gave up on three Asian markets, most likely due to strong competition. Talking to TechCrunch, the company confirmed its decision to “scale down” operations in Hong Kong and Indonesia and cancel its launch in India.

Argentine B2B startup Mango officially launched its service in Argentina and its private beta in Brazil and Colombia. Mango’s target clients are Latin America’s retailers, to whom it hopes to offer “a reliable, secure and easy-to-implement solution for online and mobile payments.” As we previously reported, its backers include French VC firm Kima Ventures and angels such as Adrian Kolonski (Corporate Corp), Reuben Katz (GeekList) and Eric Friedman (Foursquare).

Mexico’s arts and culture council Conaculta launched Librosmexico.mx, an online bookstore featuring both hard copies and e-books from local publishers, including some free downloads. Talking to Publishing Perspectives, Conaculta’s publications director Ricardo Cayuela Gally said that the platform could also help boost e-book growth in Mexico, which “has been slow due to Mexican publishers being very cautious about entering the electronic market for fear of losing their core business.” This isn’t Conaculta’s first digital initiative; for instance, it previously partnered with Mexican studio Manuvo to release a great app showcasing poems by Nobel Prize for Literature Octavio Paz. In addition, it recently announced the creation of a fund for the digitization of books.

PuenteLabs is a new organization aimed at creating bridges between Latin America and Silicon Valley. According to Forbes, it will provide 6 to 12 entrepreneurs with “enough money to relocate executives to shared office space in San Francisco for six months or so, help them find investors and, more fundamentally, get plugged into the Silicon Valley network.” PuenteLabs’ supporters include individuals from entities such as Storm Ventures, Endeavor, NXTP Labs, 21212, Emergence Capital Partners, Cisco, Oracle, Google, Dropbox, Facebook, Twitter, Rivet Ventures, Stanford and Atomico (disclosure: NXTP Labs is an investor in my startup, MonoLibre).

Meanwhile, Brazil’s Start You Up Accelerator (SYU) is getting ready to expand beyond its home city of Vitoria and start a program in San Francisco in March 2015. While details remain to be confirmed, its physical location for visiting Brazilian startups will likely be Galvanize‘s building in SoMa. Prospective partners include BayBrasil, the Latino Startup Alliance and the LatinSF initiative of the City and County of San Francisco.

Government-backed program Start-Up Brasil announced the list of 55 eligible startups that are part of its latest selection, including 9 foreign ones. As Startupi points out, they will only get public funding if they manage to close a deal with one of the program’s partner accelerators by the end of the month. 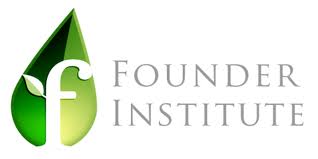 The Founder Institute is re-launching a chapter in Mexico City, where operations will now be led by Andrés Bianciotto and Celeste North. It is poised to welcome 40 entrepreneurs in 2015, which will receive support from a wide range of mentors. Information session are scheduled to take place over the next few weeks.