The clever and delightful list app Clear is coming to the Mac and getting a nice iPhone update that enables syncing between devices. The iPhone update, and Clear for Mac, will be launching next Thursday, November 8th, so they aren’t yet available.

When we reviewed Clear early this year, we found it to be fresh and lovely to use, with a clean design and unique interface concepts. It’s one of those apps that you really just have to see in action to understand the genius of, so be sure to check out the video below.

Clear is a project of development studio Impending, founded by tap tap tap partner Phill Ryu and David Lanham of the Iconfactory, in partnership with Milen Dzhumerov, and the hugely talented folks at Realmac Software, who made the lovely Analog.

Clear for Mac keeps almost all of the gestural magic of the iPhone edition, and translates it into touchpad and mouse languages. A whole set of keyboard shortcuts have also been baked in for those that don’t want to use the swiping, pinging and scrolling interface. Obviously, a gesture heavy app like Clear will be nicer to use with a touchpad, but I’ve been playing with the app a bit and it works great either way. The app features iCloud storage for your lists, which enables you to seamlessly sync them to the new iPhone app.

You can now create multiple lists in separate windows and drag tasks between them, which is obviously not part of the iPhone app. The other gestures are very similar. You punch apart to add a new item or, if you’re using the mouse, simply click between items to add a new one. 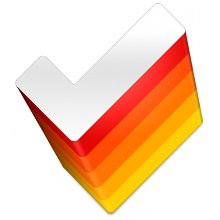 To create new list items, just start typing while the window is active and you’ll create a new item. Click and drag to reorganize and swipe to the right or right click to delete an item.

The iPhone version gets iCloud sync, of course, but it also gets a new ‘swipe from edge’ gesture to switch between lists and a method to paste in lists from other apps.

Clear for iPhone will be available on November 8th for $1.99 on the App Store and Clear for Mac will run $14.99 on the Mac App Store. We’ll be sure to give you a full review when the app hits.

The previous version of Clear hit 350K downloads in just 9 days in release. For more on the app, check out our interview with Phil Ryu of Impending here.

Here are a few more screenshots to whet your appetite: 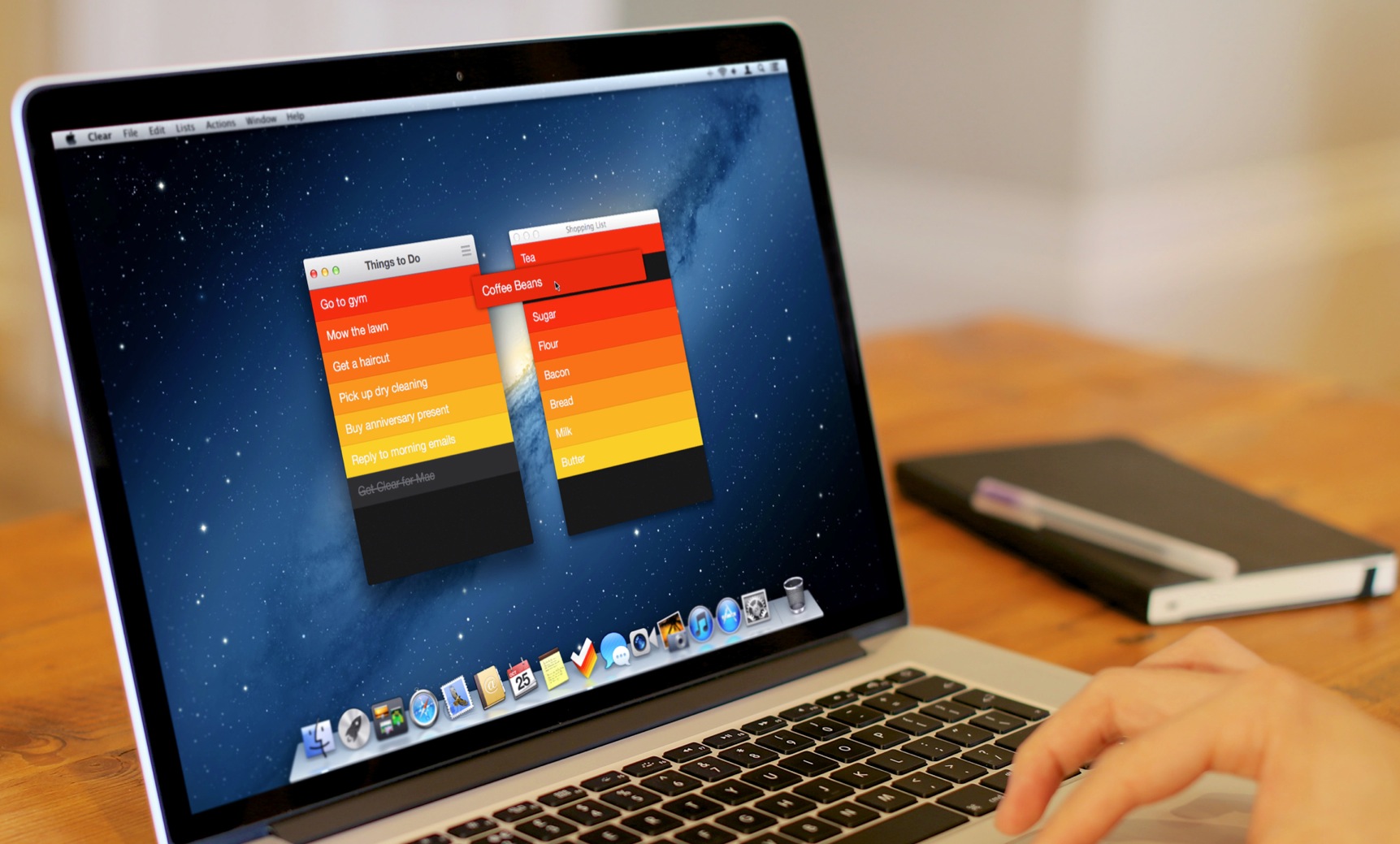 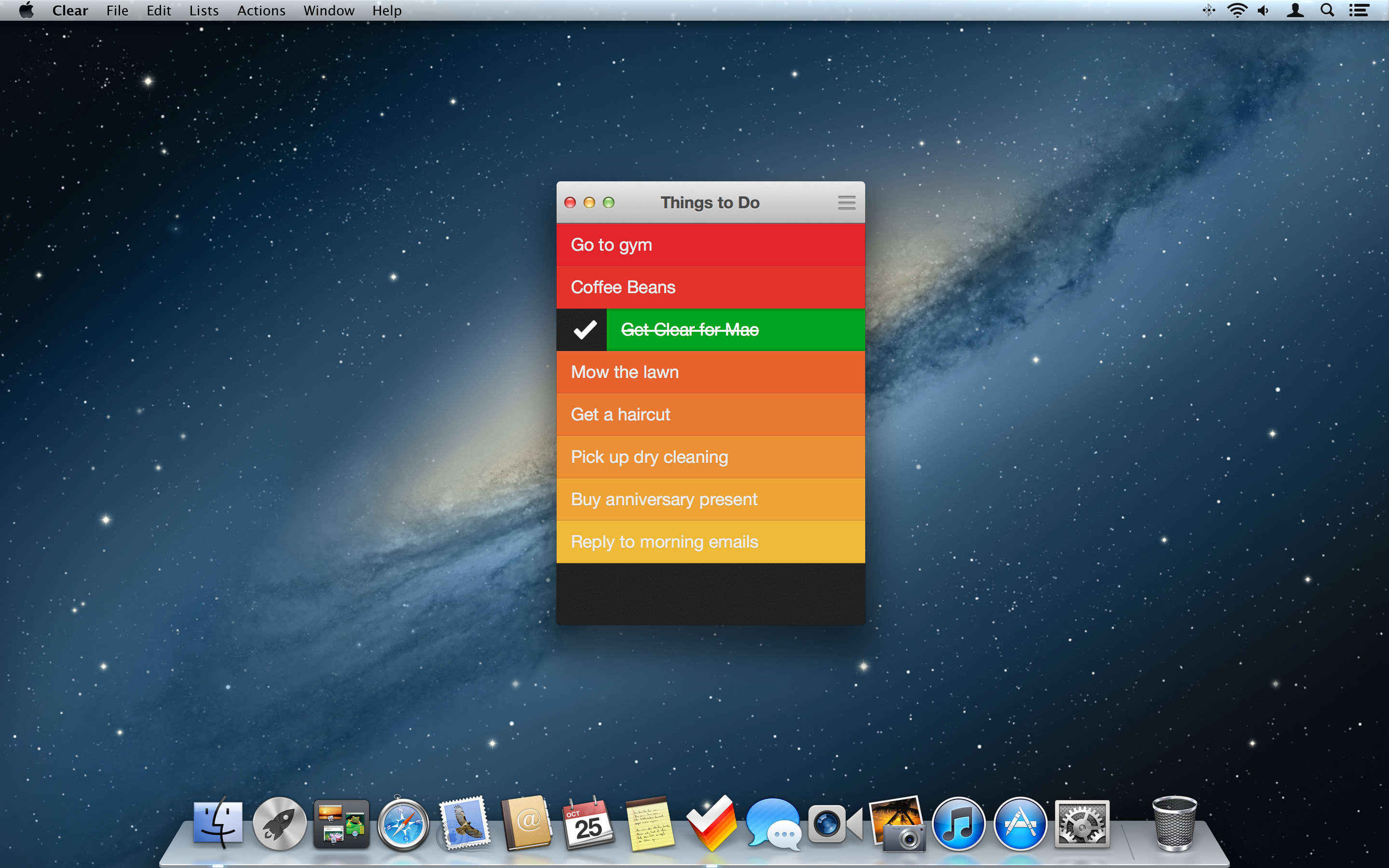 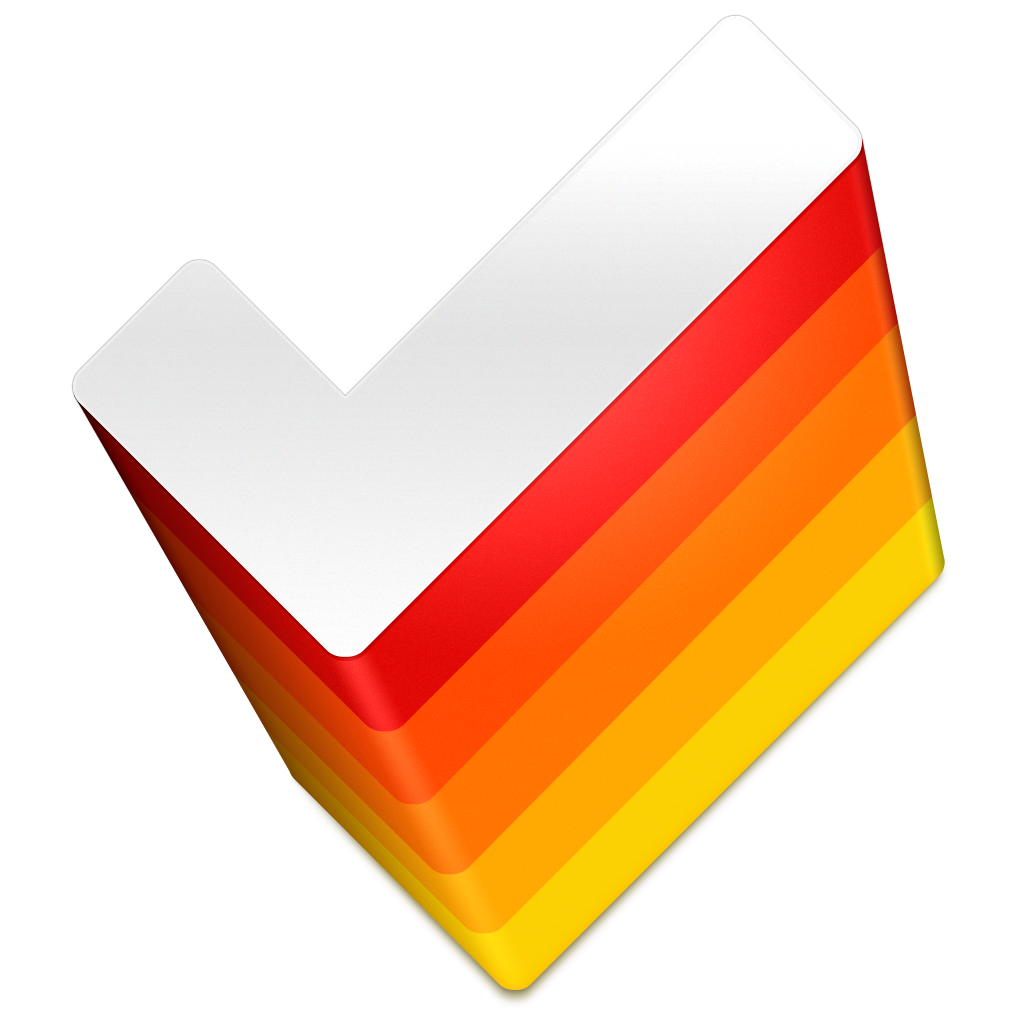 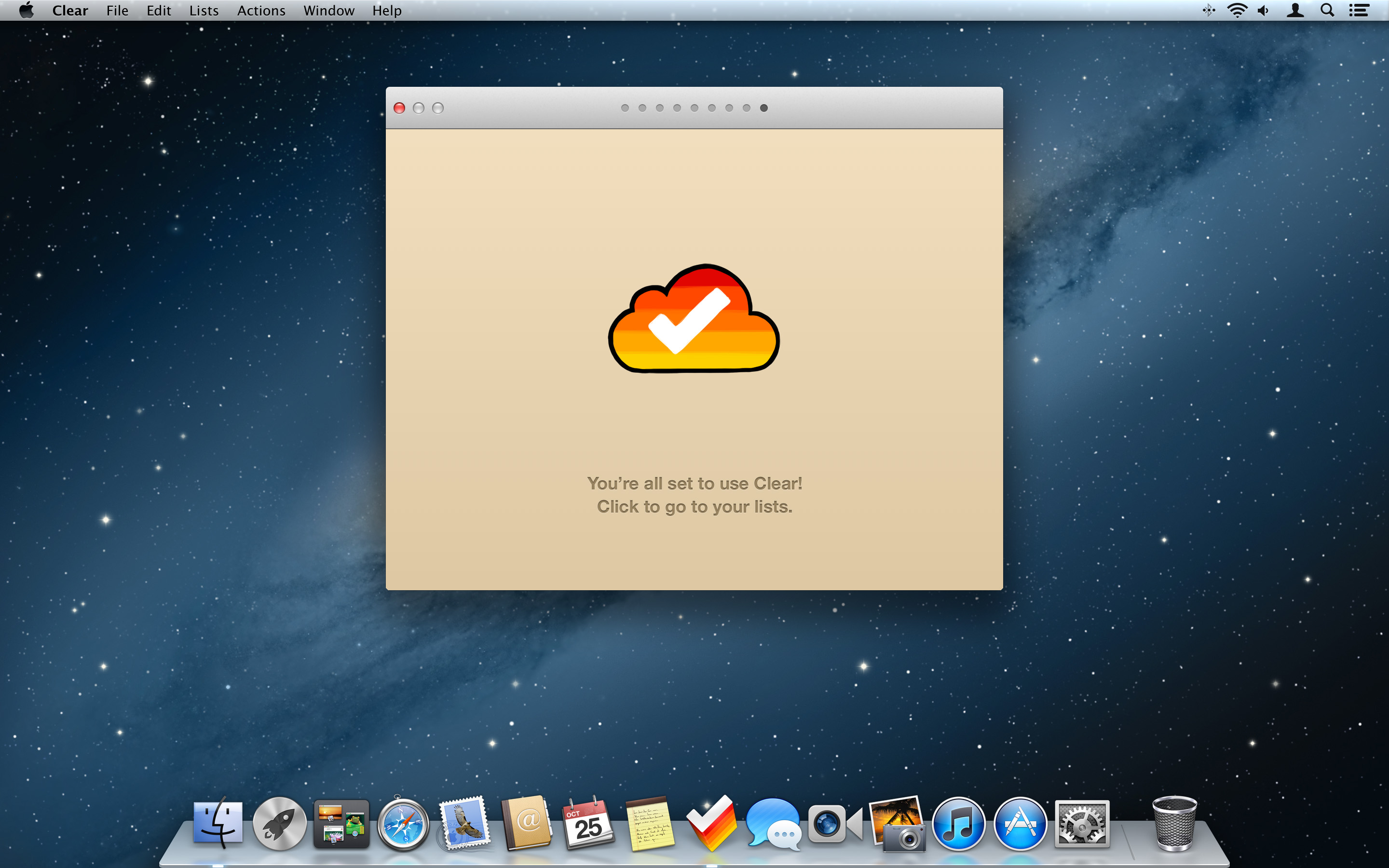 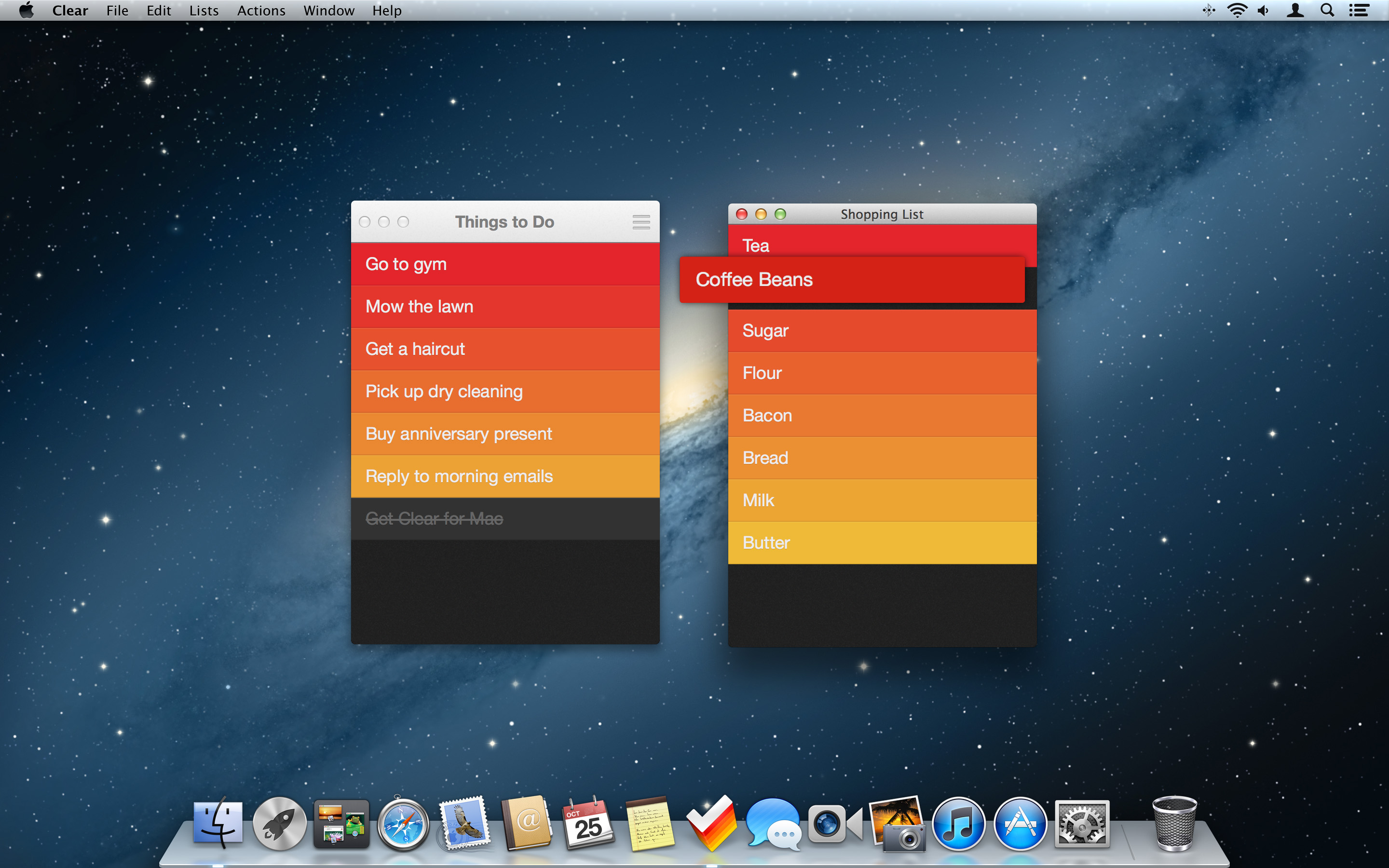 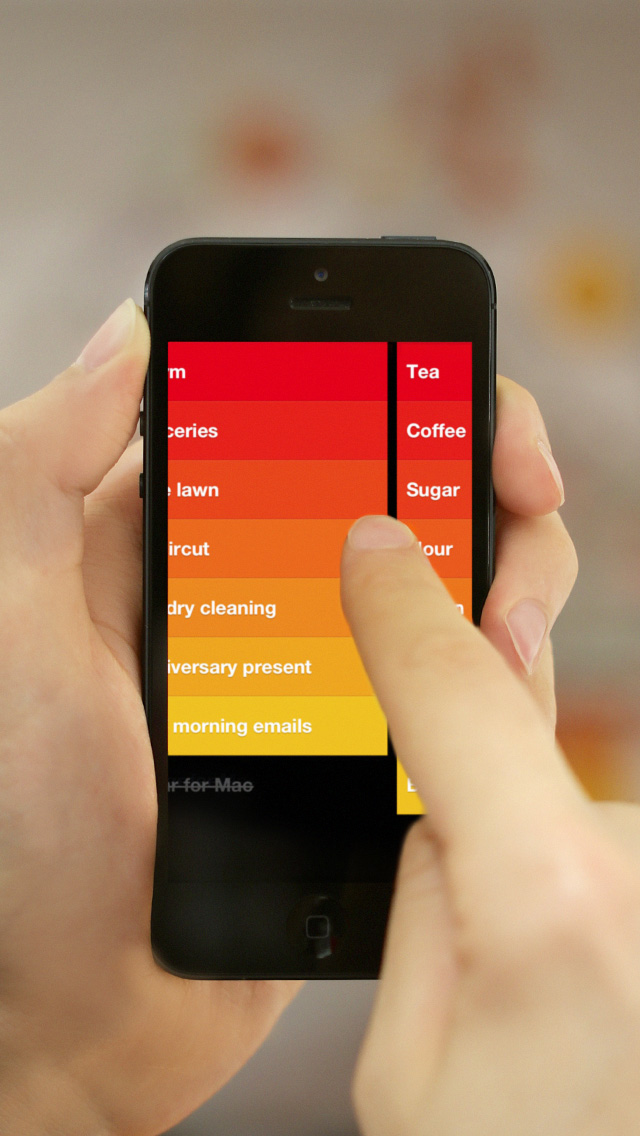 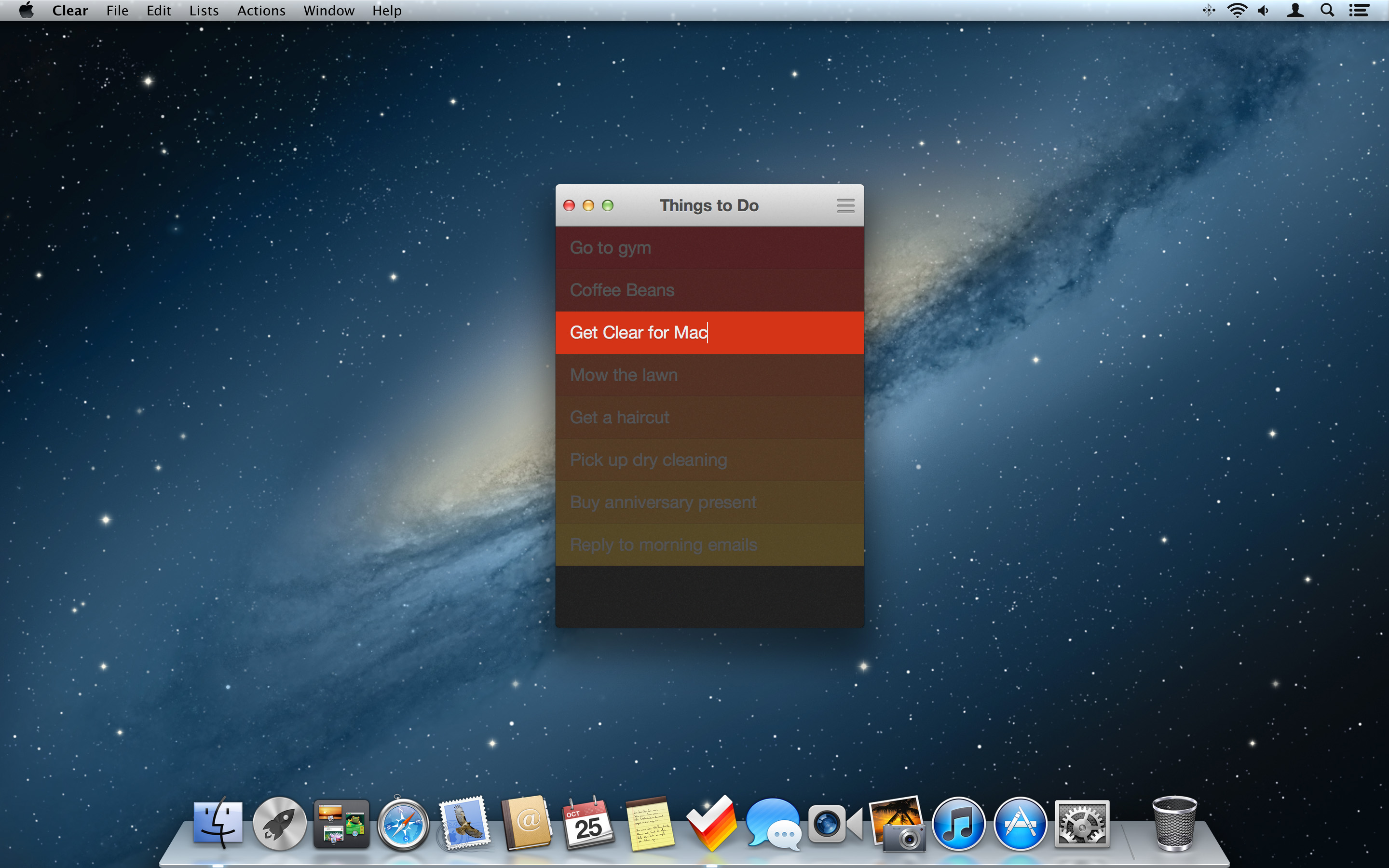 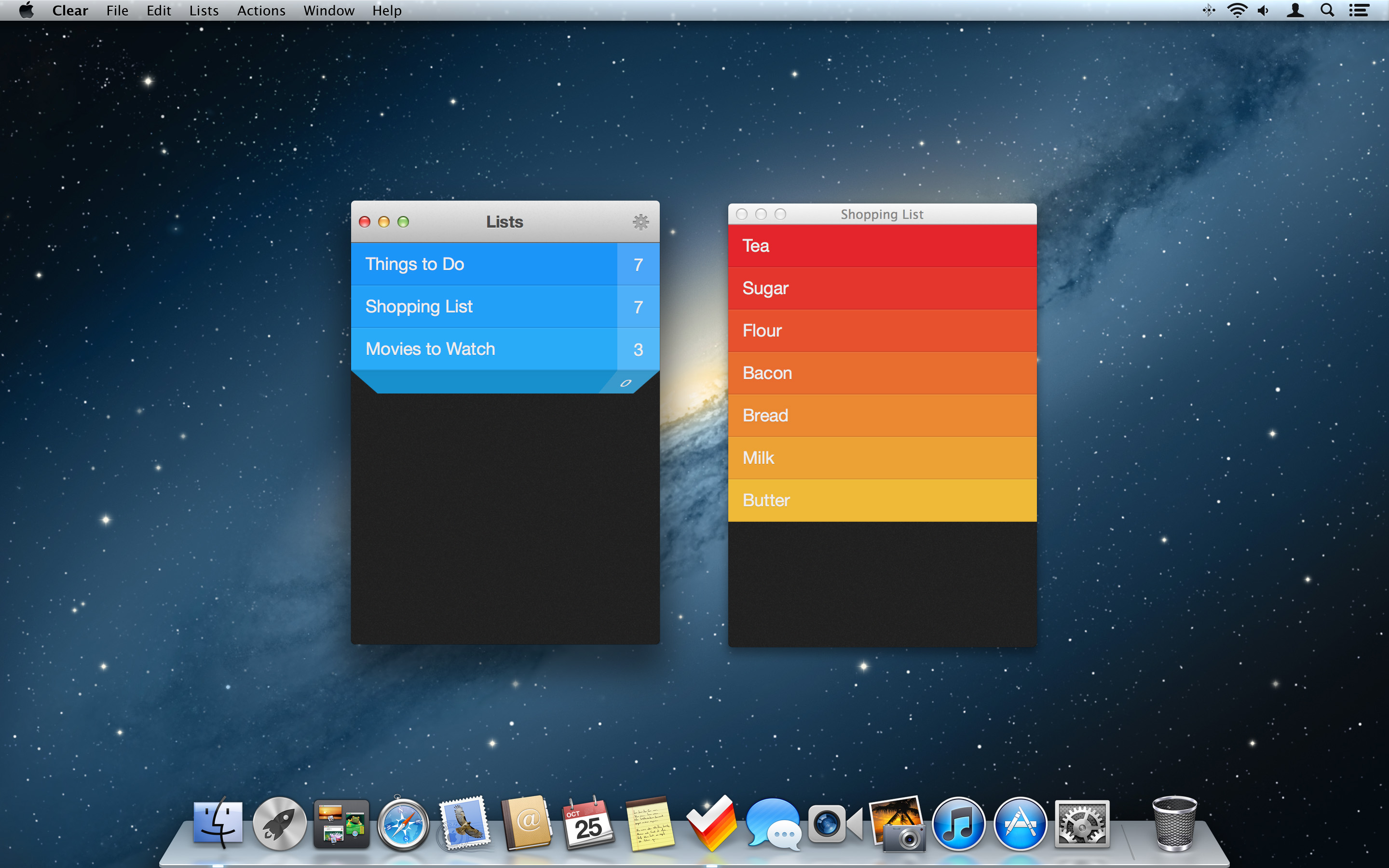