Today marks 23 years since the bloody end to the Tiananmen Square protests, one of the most controversial events in China’s history. The state does not acknowledge the event so it is of little surprise that, given the focus on censorship, China’s microbloggers find their opinions on the subject quietened.

The censorship drive began over the weekend, when Sina Weibo — China’s popular Twitter alternative — deactivated the candle emoticon after it had been adopted in Tiananmen-related messages, as the Shanghaiist reports. The symbol is commonly used when Web users report and mourn deaths in the news, and the site moved to prevent such gestures being extended to the anniversary.

Sina Weibo also deactivated the Olympic flame symbol — which is being used to promote the upcoming summer games in London — after users responded to the outlawing of the candle by adopting it as a replacement. 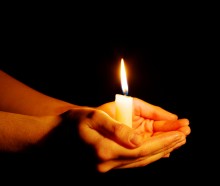 Searches results relating to “candle”, “six four” (June 4), “23” (the 23 year anniversary), “never forget” were prevented from appearing from the in-service search engine, as Sina’s rumor control team battled to hide, as well as prevent, mentions of the event.

It hasn’t been a complete block out, and China watcher Bill Bishop notes the censorship blanket has been “quite permeable”, which could be due to two reasons. Sina may be allowing some discussion of Tiananmen — to avoid looking like it is obviously blocking all mentions — or it may simply be failing to keep up with the sheer volume of messages.

The censoring has been upped today, with one user reportedly having his account deleted for asking why the candle symbol was removed. That’s according to Li Yuan, who edits the Chinese version of The Wall Street Journal:

An acquaitance’s Weibo account was deleted by Sina. He tweeted, “The candle emoticon disappeared. Is it because 535?” (May 35th=June 4th)

It is ironic that Twitter, which is blocked in China, has once again become the stage where censored messages and goings-on on Weibo are reported and shared between influential (but largely foreign) media and Internet users in China.

As Li herself said on Twitter, Sina Weibo seems very quiet today, which could well be a result of the efforts of Sina’s content management team suppressing mentions of Tiananmen.

Users of Tencent Weibo, an equally popular but less cult microblogging service, are reportedly not subject to the same level of restriction. The candle emoticon is available to use, for example.

Any number of reasons could be behind that. The Chinese government has tended to concern itself more with the goings on at Sina Weibo, where China’s top celebrities, officials and others have accounts. While, equally, Sina’s restrictions are imposed by its own, in-house team not the state regulators themselves, and Tencent’s team may not see the need for such a stringent approach.

Sina recently introduced a ‘user contract’ and points-based behaviour system to better manage content on the service. In one sense, the introduction does help clarify Sina’s censorship system, but there are fears that it will see the processes escalated and more users’ opinions silenced online.

Foursquare is a previous casualty of Chinese authorities actions on the Tiananmen anniversary day. The location based service was blocked in the country when a large number of users began checking in to the Tiananmen Square location on June 4 2010. The service has been inaccessible in China since then.

Update: Greatfire.org is reporting that the Chinese words for “today” (今天) and “Shanghai composite” (上证指数) are now blocked on Weibo, as the censors widen their terms to stamp Tiananmen-related messages online. The latter refers to a bizarre day on the Chinese stock market, as Reuters explains:

The index fell a bizarre 64.89 points on the anniversary of the bloody June 4, 1989, crackdown on pro-democracy protesters in Tiananmen Square.

Update 2: Searches for “yesterday” (昨天) are now blocked too, according to former Reuters correspondent Jerker Hellström.