Photos, Photos, Photos. Now that photography is all digital, we’ve got hundreds of them, sometimes thousands of them. With the iPhone, we’re taking pictures of meals, our cats and dogs, our feet, a funny sign, and pretty much anything else you can think of.

Everyone is a photographer now, which is fantastic because moments that have never been captured before, are.

But what are we going to do with all of these photos? It’s an area ripe for innovation where I’m personally seeing little or none.

Photo hosting is somewhat easy for startups to get into, since cloud storage has become so cheap on services like Amazon EC2. Facebook has developed amazing technology to host photos for over 800 million users, with next to zero downtime. Google, with its infinite server farms, can host photos for every person in the world. Apple has gotten into the game as well with iCloud, sending photos that you take from your iPhone or iPad and sending it to the sky forevermore. Shoot, even Twitter will host your photos now. These services let you host them there and maybe let you categorize them into albums, but that’s about it.

As far as I’m concerned, the best photo feature I’ve seen in years comes from photo host Snapjoy. They let you see a random photo, and give you simple shuffle button.

But so what? You’re storing our photos. That’s just not enough anymore. What’s next?

Photo sharing is something that most of us do with the really great photos that we’re proud of. Be it an artistic shot, or a photo of a street sign that says something ridiculous, we’re posting them on the internet for the world to see. The thing with photo sharing though, is that they’re sent into a stream of a zillion other posts.

When I post a photo on Twitter or even Google+, perhaps 50 of my 15,000+ followers are paying attention at any given second.

Twitter now shares the photos that you’ve posted recently in a place that gets the least amount of traffic, your profile. How much time do you spend on someones profile on Twitter? Not a lot. So that’s just not going to cut it. Google+ has photo albums using its Picasa platform, but it still feels disconnected from the overall experience.

Facebook lets you tag people in photos, which is very social, and even has facial recognition software behind it now. This still feels like a utility sharing overall, but maybe Timeline will bring older photos back to life.

Flickr was the absolute best place to share photos, because the community that used Flickr really used Flickr. We used to spend hours pouring through photos, commenting on them, and marking favorites. And then Yahoo! bought them, and the innovation, heart, and soul died.

Instagram has picked up the slack for Flickr by letting you share a photo, slap a filter on it, and post it to a…stream. Mind you, Instagram has done a wonderful job with its “Popular” feature, which lets you see the photos that have been liked the most on the platform. A real community is building there, and since it’s completely mobile, people are interacting there a lot. It still needs work though.

What’s next for photo sharing? 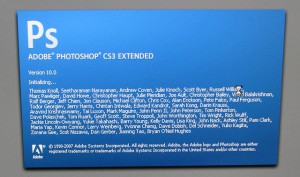 Photoshop is great, but requires a lot of attention to detail that most normal folks just don’t have. Editing a single photo requires time and passion. A lot of the photos are tossing into a stream don’t feel like there’s enough passion behind them to spend a half hour making them pretty using Photoshop. It’s also expensive software.

You could count Instagram as a photo editor, because of its filters and effects, but it’s a bit of a stretch.

Photo editing just isn’t something that has been innovated on enough to make the average Joe and Jill want to do it. But why not? Hosting is bountiful, and sharing is simple! 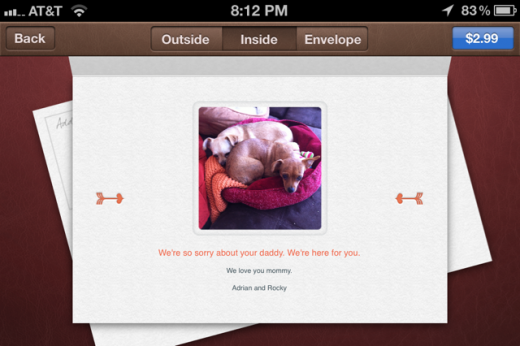 Now we’re getting somewhere. We have a ton of photos, putting them on postcards or greeting cards is a perfect way to bring moments to life in a new and physical way.

Apple Card launched, Postagram is doing well, so that’s a space I’d like to see evolve as well. Surely cards and postcards aren’t the only ways to bring a photo to life in a unique way. Digital prints are just boring, so I won’t even spend time on them.

My point is, photos have been around for a long time. It used to be really expensive and time-consuming to get photos taken and developed. You don’t have to do those things anymore, so we’re taking and taking photos, storing them all over the world, and we’re doing nothing with them other than share them briefly, get a comment or ten, and forget about them. I’m seeing some interesting things starting to happen with Instagram’s API, which is a step in the right direction.

Startups, it’s time to start innovating in photography. Fast. It’s a golden opportunity to give us something to do with amazing moments taken and shared in real-time. It’s the day after we take the photos though that the real innovation can begin. Even further innovation can take place on photos we took years ago. Yes, years. Remember those?

If you’ve seen great apps and companies doing new and cool things with Photos, drop them in the comments!