When Bitcoin first broke into the mainstream zeitgeist two years ago, celebs were quick to jump on the bandwagon and pander to cryptocurrency fans — like Katy Perry with her cringeworthy CrYpTo ClAwS.

Don’t get me wrong, we still had our fair share of stupid celeb moments in 2019. Superstar basketballer Kobe Bryant was somehow tricked into speaking at a TRON conference, while recording artist Akon appeared at one in Malta.

Paid promotional shenanigans aside, this year actually saw mainstream culture adopt cryptocurrency in some (almost) tasteful ways. Let me count them for you.

This wasn’t the first time that USA Network’s Mr Robot has featured Bitcoin, but it’s pretty dope. In the latest season, vigilante hacker Elliot Alderson is creating his own cryptocurrency “mixer.”

Cryptocurrency mixers are programs that jumble similar amounts together to make tracking their history more difficult. In real life, users looking to increase their crypto-privacy have readily adopted CoinJoin, a Bitcoin mixer, so it being featured in Mr Robot feels quite timely.

What’s cooler is that, for a brief moment, a Bitcoin address was actually shown on screen. One appeared as a suggestion in Elliot’s programming environment, and it didn’t take long for fans to start sending “Elliot” cryptocurrency. 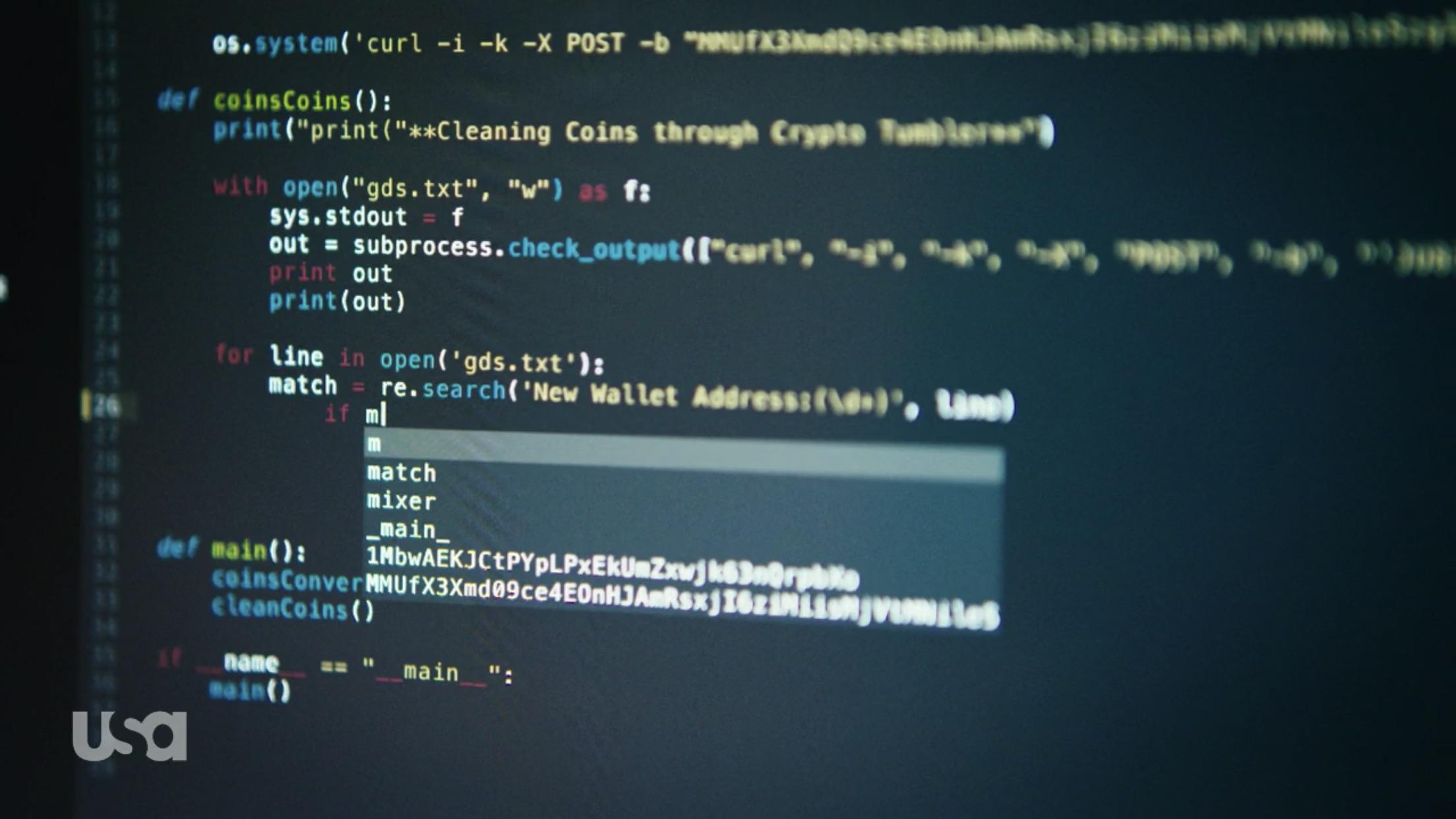 The ‘Bitcoin mixer’ episode aired on November 24. At the time of writing (December 19), 31 transactions have flowed through the address flashed on-screen. Whoever controls it has withdrawn most of the Bitcoin.

Mr Robot’s crypto-realism gets 9 out of 10 Satoshis.

Early this year, we were graced with CRYPTO, a Hollywood masterpiece starring Kurt Russell, Luke Hemsworth, and Alexis Bledel — and don’t believe the haters, ‘cos it was fucking dope.

Hear me out. For one, the main character (Beau Knapp) is the natural-born enemy of any cryptocurrency fiend: an anti-money laundering bank officer, whose employer ships him off somewhere rural for asking too many damn questions.

Kurt Russell is his father. He has a really cool hat, and runs a failing potato farm that’s soon to be repossessed by the bank Knapp works for (!). His friend is also mining Bitcoin out of a liquor store fridge. The real hook of the movie (aside from Russell’s hat) is a multi-million dollar RUSSIAN CRYPTOCURRENCY LAUNDERING PLOT that results in death threats to pretty much everyone involved.

I don’t really give a shit if that doesn’t pique your interest, just go and watch it.

CRYPTO’s crypto-realism gets 5 out of 10 Satoshis.

Rather than cryptocurrencies, the latest season of Billions explores the technology that underpins them, blockchain, and whether it could power a mobile-based voting system suitable for American democracy.

What plays out is a pretty decent dramatization of the risks associated with using blockchain to handle votes. On one hand, voting via smartphones would make politics more accessible, but it would also introduce a raft of security concerns to the process.

This is refreshing, especially when you consider that earlier episodes of Billions wedged cryptocurrency in by having characters toss each other Trezors loaded with digital cash. 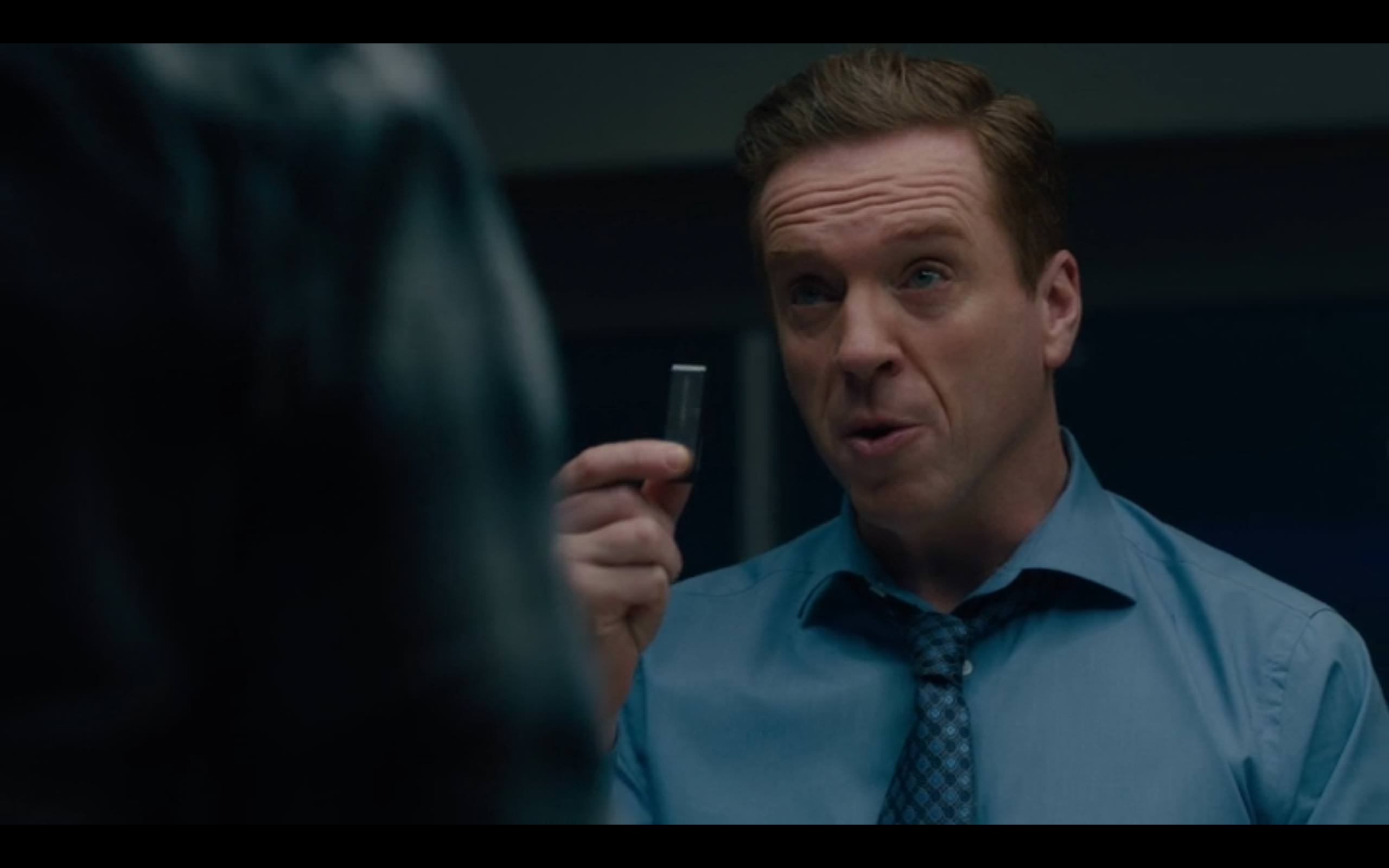 All this is by design, too. In July, it was revealed that Ben Mezrich, the author of the Winklevii-centric book “Bitcoin Billionaires,” was joining the show as a consulting producer to keep it accurate.

Billion’s crypto-realism gets 7.5 out of 10 Satoshis.

Nobody buys drugs online (fast) with IOTA or Ripple

Watching this Netflix series felt a little too real at times. That’s because it was based on the story of Shiny Flakes, an enormously successful dark web drug marketplace that was run by an 18-year-old German kid out of his bedroom.

He’d reportedly generated around a million dollars worth of revenue in the six months leading up to his arrest.

While the main character in Netflix‘s version is inspired to start selling drugs online to win back his girlfriend (who recently discovered ecstasy) someone from Maximilian S.’s family told Motherboard that he just wanted to “play God.”

The show is definitely fun, but it unfortunately features a glaring inconsistency that should unsettle anyone in the know. The fictional version of Shiny Flakes indeed accepts Bitcoin, but dark web drug buyers can also use alternatives like IOTA, Ripple (XRP), and Ethereum — which just doesn’t happen in reality.

How to Sell Drugs Online (fast)’s crypto-realism gets 6 out of 10 Satoshis.