Omaha, Nebraska. Though you’d be forgiven for not knowing that there was a hotbed of technology and entrepreneurship happening in America’s heartland, when a conference as important as Big Omaha hits its fifth year, you can rest assured that the world that considers Nebraska to be nothing more than a flyover state has started to pay attention. For me, it was my third consecutive year attending the conference, and my second year of getting to dig deep into what’s happening in the Silicon Prairie. Though it’s taken me a few days to process things, it’s now time to tell the story.

Three years ago, I found Omaha and the Silicon Prairie region in general faced a number of problems. A large geographic area was likely the most difficult one to overcome, but a lack of Super-Angel and lower-level VC interest was also causing issues with some companies. Things were starting to look up, but there were still huge challenges to overcome. If I may be so bold, I’ll quote myself:

“Omaha is a lot like my home city of Nashville. It’s strong, independent and stubborn in these factors. Yet both Omaha and Nashville need to understand that relationships are necessary, and more so than just relationships within the confines of city limits.”

In the past few years, a couple of organizations have made some big changes in Omaha. Nebraska Angels is an important catalyst to these changes, focusing on keeping the funnel of money pointed at local businesses. Omaha’s Chamber of Commerce has continued its push toward offering benefits to entrepreneurs who open companies within the city. But perhaps more important than any of these factors is a simple building, and what’s happening inside of it.

The Mastercraft was a furniture factory, located in the Northern area of downtown Omaha. After sitting abandoned and dilapidated for a number of years, the building was purchased by Robert Grinnell, who had the idea to turn it into an office, meeting and events space with a common central corridor that ran the length of the three blocks that the building occupies. A few months into the process, it is now a buzzing hub of startup activity in the city, and plans to expand its use continue to be put in motion on a daily basis.

The Mastercraft is the missing link inside of Omaha. Akin to what Des Moines, Iowa has done with Startup City Des Moines, The Mastercraft serves as a centralized location for the entrepreneurial ventures within Omaha. As anyone on The Valley, Boulder or any other technology hub will no doubt tell you, putting a group of entrepreneurs into the same physical space is important for the growth of the culture.

I was fortunate enough to have the chance to meet with a couple of companies while I was in the area, and you’ll hear more about both of them in the coming days. But what’s important to note is that they’re doing things that are far-reaching for Omaha, which traditionally finds its startup companies in financial services. While one of the companies, PaySAFE, is securing high-dollar transactions via escrow services on demand, another is providing a safe haven for kids and their grandparents to have online communication.

Blogglebeans is a much more refined, ready-for-the-world product than you might think that you’ll find coming out of a small office in Omaha, Nebraska. Bootstrapped, of a sort, it was founded by Betsy Perez and Sara Hanlon to scratch their own itch when it came to the interactions of their children online. The two have secured a rather brilliant animator, and have designed a site that’s engaging, incredibly safe and readily monetized.

But PaySAFE and Blogglebeans aren’t alone in their journey. I also had the chance to catch up with Megan Hunt, perhaps better known by her online moniker of Lasertron. She and her co-founder Sarah Lorsung Tvrdik are successfully reinventing the way that people buy clothes with their startup Hello Holiday. Hunt’s continued appreciation of her hometown gives a nod back to something that she’s been preaching for years — Omaha has given her every break that she needs in her career:

Omaha’s startups are not without their challenges, but that’s true for any location. Though it’s safe to say that there are provisions being made in Nebraska that you’ll never see in The Valley or New York. The latest of these is a gigabit Internet connection that’s coming to the city via CenturyLink, a local Internet service provider.  Initially slated to service 48,000 residents, CenturyLink will research the viability of the product before rolling it out en masse. 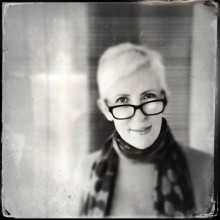 I asked a question last year of filmmaker Sally Nelson Barrett last year — How do you make lightning strike four times? But the SPN crew has managed to do just that, and now the fifth year has somehow overshadowed every one before it. Sally’s work with Malone & Co. has documented the success of Big Omaha since the first speaker took the stage in 2009, and somehow the conference only seems to get better with age.

The speakers this year were a bit older (and wiser?) than what we saw in 2012. Marc Ecko returned, after first speaking in 2012. Graphicly’s Micah Baldwin was there as well. Crowd favorite Ben Milne of Dwolla gave a frank discussion on life and 500 Startups’ Dave McClure…well…let’s just say that Dave probably learned more from Big Omaha than anyone else this year. In all, the lineup was dynamic, inspirational and most importantly, incredibly real.

There is a pulse that beats in the Silicon Prairie, and those who come to Big Omaha (or any of the other SPN conferences) seem to leave forever changed. I say this without any bit of hyperbole — Big Omaha is a life-altering experience. Watching the faces of my friends who attended for the first time this year, it was made evident once again that there’s something incredibly special about what happens during these few days in Nebraska.