Apple added Japanese support for Siri with the release of iOS 5.1 last week, but the virtual personal assistant is reportedly having some issues coming to grips with its first Asian language.

Apple’s much heralded service — which has inspired similar product announcements from rivals — isn’t measuring up to Japanese carrier DoCoMo’s own Siri-like product. Shabette Concier, a service announced in February and available for all devices bar the iPhone, as DoCoMo doesn’t carry it, has outperformed its better know rival, according to Kotaku – via Apple Insider.

As the video below in Japanese demonstrates, Siri comes up short when pitted against Shabette Concier.

For those whose Japanese isn’t quite up to the video, here’s the gist. Siri and Shabette perform equally on basic questions — such as ‘Is it cold outside’ — but the Kotaku report notes that, going on the interactions, it “seems like Siri can only comprehend simple and universal Japanese.”

Of course, when it comes to maps and local content, Siri has no support for Japan, but it is unable to perform a series of tasks as it would do in English, including responding to ‘I have a stomach ache’ and ‘I want to cook curry’.

It is also noted that Siri is comparatively slower to load and run, while some of its responses are “very unnatural and rigid”. 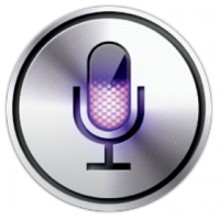 While a comparison is fair game, given that both are targeted at Japanese consumers, the difference in quality is perhaps understandable. Shabette is built to cater solely for Japanese so it seems logical that it will be better configured than Siri, which has added Japanese support from its English version.

However, that doesn’t justify the performance and, with Siri in beta, we are likely to see Apple update and refine its Japanese capabilities on an ongoing basis. While it is perhaps expected that certain phrases are not picked up in the first iteration, complaints about speed and lack of clarity will be of greater concern for Apple.

The Cupertino-based firm was initially mocked in many quarters in Japan for releasing Siri, which means ‘bum’ in Japanese,  however the company has prioritised the country by giving it Siri support before China, amongst other markets.

The launch of the iPhone 4S last year saw Apple steal the top spot based on sales across Japan’s entire mobile market. With the peak of interest now passed, Apple will be hoping that Siri can help it continue to appeal to Japanese consumers, though they’ll have to wait on a Stairway to Heaven rendition.

We’ve contacted Apple for more on this, we’ll add any updates that we’re given to this post.