The iPhone is coming to Verizon?  Stories of when such an announcement will be made seem as frequent and equally compelling as those of the mythical white iPhone 4.

From Wall Street Journal’s Digital Network, we have fascinating information concerning Verizon’s device sales and what impact the iPhone has had and may have going forward, on the wireless carrier.

The below sales metrics from ITG Investment Research analyst Matthew Goodman indicate two things in particular, both charts demonstrate the precipitous decline in sales of Research in Motion (maker of BlackBerry) and Palm devices in addition to showing the rise in sales of Android devices.  The latter should come as no surprise, while the former echoes a trend we’ve profiled previously. 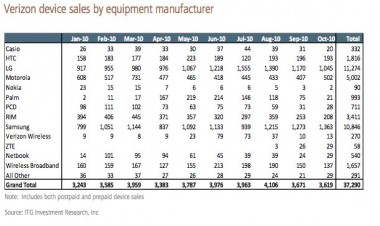 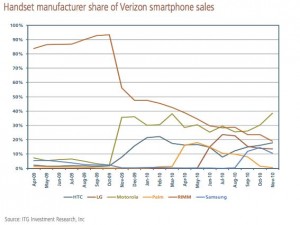 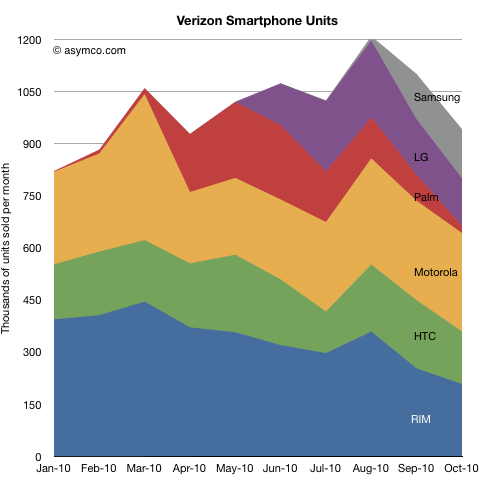 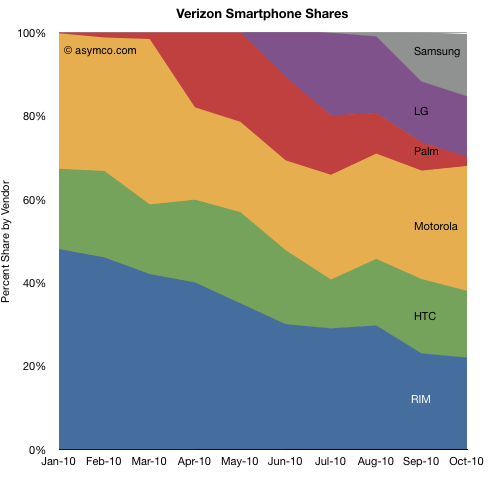 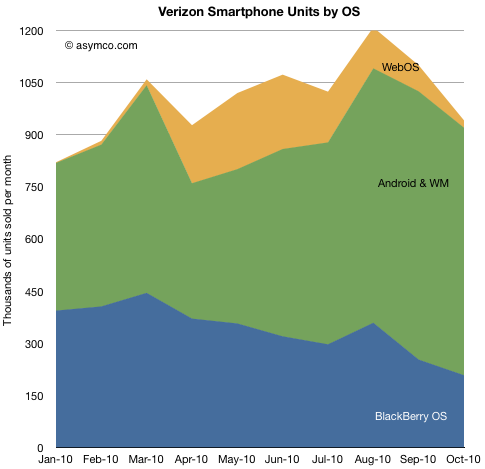 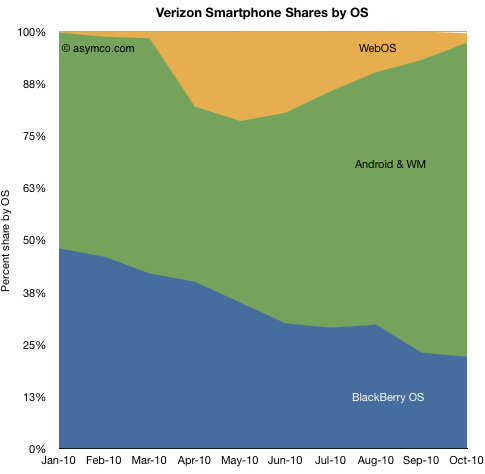 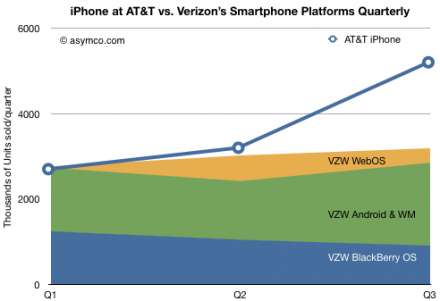 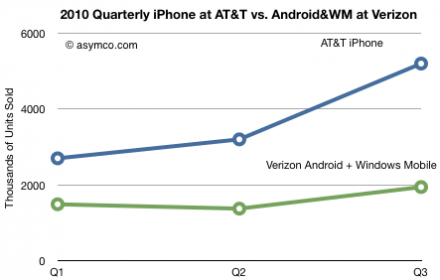 What the Wall Street Journal piece concludes from analyzing the sales figures is that RIM is dying and dying quickly:

“An ugly and humiliating decline, and worrisome. Because if the BlackBerry is faring this poorly against Android at Verizon, how will it fare against Android and the iPhone, which is widely expected to debut on the carrier’s network next year?”

“No wonder Verizon doesn’t think the upcoming launch of BlackBerry 6 devices on its network will have a “material impact” on sales. Why would it?”

More interesting is what another report has gleaned from the data above regarding Verizon’s current state and the impact of the addition of the iPhone to the carrier’s product line.

Horace Dediu, writing for asymco, concludes that if his own and the Wall Street Journal data is accurate,

Verizon has Three Strikes Against Them: 1.The iPhone has stolen their growth, 2. They are facing the prospect of a single OS platform supplier, and 3. Android is not competitive vs. iOS

A synopsis of his argument begins with his own set of charts.

The crux of Dediu’s argument from the information above can be summarized in the following points:

From Dediu’s assertions, the picture painted is that if/when Verizon sells the iPhone, they will sell them at the same rate as AT&T, unfortunately their largest competitor.

What do you make of the data presented above?  Is Verizon in danger of losing customers, becoming a single OS platform provider, and is Dediu correct that Android is not as competitive as Apple’s iOS?