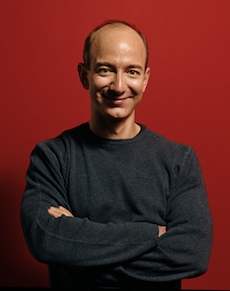 According to a regulatory filing that surfaced earlier this morning, Amazon.com founder and chief executive officer Jeff Bezos again requested not to receive additional compensation in 2011 due to his “substantial ownership” in the company.

Last year, Bezos received $1.68 million in total compensation, which is exactly the same amount he received in 2010, according to the SEC filing (via the WSJ).

Bezos’ annual base salary was $81,800, but other compensation (to cover security and travel related costs) brings the total to just south of $1.7 million. Remarkably, his base salary hasn’t increased since 1998, a year after Amazon.com went public.

Although Bezos has been chairman of Amazon.com’s board since he founded the company in 1994, he doesn’t receive any compensation for his services as a company director in addition to his compensation as CEO.

Furthermore, Bezos has never received any stock-based compensation from Amazon.com.

The relatively low solary makes Bezos one of the lowest-paid CEOs at a major public company, but he has billions of dollars ‘on paper’ to wipe his tears with.

On a sidenote: Forbes just named Bezos the best CEO in America, and TIME magazine counts him among the most influential people in the world.

According to the SEC filing, the annual base salaries of other senior execs such as CFO Thomas Szkutak and SVP, International Consumer Business, Diego Piacentini, have also remained unchanged ($160,000 and $175,000, respectively).

The online retail and cloud computing giant will release its first-quarter 2012 financial results on April 26, and we’ll examine them closely when they hit.

Is Amazon planning its next movie-streaming move?

Who is the next great leader in technology?