I was at UpWest Labs, the Israeli accelerator based in Silicon Valley, a few weeks ago mentoring its newest wave of start-ups on marketing.

UpWest Labs is the brainchild of Shuly Galili and Gil Ben-Artzy. Similar to most accelerators in Silicon Valley, UpWest works with early stage startups and mentors them, helping raise the startups chance at success. The difference between UpWest and most others is that UpWest focuses only on Israeli based startups. The closest comparison would be a ‘Blackbox.vc for Israeli startups.’ UpWest gets between 150 and 170 applications per session, vets them down to 5 and hosts the entire team of each startup in a huge lovely house (which I’ve been to so I can actually vouch for this) near the accelerator.

As this latest group has just started the program, I’ll only give a list of the founders with their backgrounds and a short synopsis of the companies – so we can see if the names, logos and pitch stay the same by the time they graduate.

Producing the next generation of malware detection and protection. This one piqued my interest the most (from everything I’m reading these days, this is an area that is set for another shot of growth) and I’m looking forward to seeing how it develops. Also check out the profile pic of Almog Cohen, the CTO, on the website – it’s not every day one gets to see a founder holding a knife and fork while posing for a profile pic. 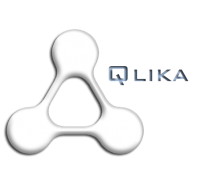 Provides large brands an interactive media platform to engage their users on an ongoing basis through gamification (while not necessarily looking like a game.) It’s already generating revenue, which is always a great thing.

Helping companies find video content creators through a video creation marketplace, connecting businesses with talented video creators. There’s a need for this out there in both the enterprise market and the startup space. Training videos don’t have to be big productions, and Kickstarter videos can’t afford to be (most of the time).

A modern-day mobile CRM for on-the-go small business owners, e.g plumbers and locksmiths. I’m thinking about my friends from home who have small construction companies – I’m positive they could all use this. Another one I’m looking forward to watching grow.