Mobile messengers are all the rage now. That and stickers. But most of us still spend plenty of time at our computers, so being able to message across PC and mobile platforms is a feature that has been overlooked all too often by service providers.

Plenty of messaging services, such as Google Hangouts, operate from within a browser, but only a few have native applications for either PC or Mac. Here are six that do.

The following products run the spectrum from consumer to business oriented service, so hopefully, you’ll find something that works for you. None of them exactly fit my needs and preferences yet, but they do make it easier to communicate and work remotely than ever before.

Viber supports just about every platform you likely have, and some that you likely don’t. You can hold voice and video calls and send stickers and photos.

The unique thing about Viber is you’ll need a phone number to use it, as the service doesn’t employ separate logins and usernames. Viber also requires that you activate it on a mobile device before using the PC or Mac clients.

Viber hit 200 million users earlier this year. With a user base that size, quite a few of your friends have probably signed up for it.

Hipchat is designed for remote team collaboration, so it’s not your typical consumer messaging service. The free plan allows a team of up to five users, additional costs $2 per user per month.

The service is lightning fast and has a clean look to it, but it has limited utility. It lacks some of the co-working features of Convo and Yammer without offering the openness of a consumer service.

Skype is one of the oldest messaging services still around today, and it shows. It’s great for video and voice calls, so I’ve suffered through crippling application bugs and non-sensical interfaces, but it’s never gained traction for me as a messenger. Adding a new contact, if you can find them at all in Skype’s incomplete search results, sometimes takes minutes to come through to the other side.

Microsoft’s ownership of Skype has helped it gain a wider reach, but the company has still been slow to fix some of the design and speed issues that plague the service. 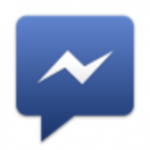 The pro to Facebook Messenger is that just about everyone you know is probably already using it. Unfortunately for most of us, that’s also a con. Another con is the omission of a desktop client for Mac.

Facebook Messenger’s iOS app can also be quite buggy. I’m probably the exception, but it crashes about 25 percent of the time when I’m using it. 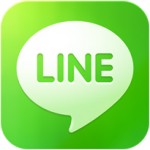 Line hasn’t yet hit it big with folks in the West, but it’s massive in Asia. At 200 million downloads, it’s roughly the size of Viber. The app supports voice, video, photos and stickers. If you’ve caught the sticker bug, Line has a huge selection.

The visual style of Line feels a bit kiddy, but it’s all part of the quirky personality behind the service.

Berlin-based Moped is still missing Windows support, but it does have a new Mac app that makes it eligible for this list. The business-focused service relies on Dropbox for file sharing, though it plans to add integration with Box and Google Drive down the road. Moped accepts sign-ins through Google and LinkedIn.

One word of warning: when I invited a colleague to chat with me on Moped, he got stuck in a login loop that wouldn’t let him sign up or log in. He was not happy.

AIM technically fits the requirements for a cross-platform messenger, but AOL has done such a poor job keeping up with the times, that I can’t recommend it in good conscience unless you’re looking for a dash of nostalgia.