When Apple first introduced the MacBook, it was a massive technological leap forward. Its recent upgrade seemed incremental, especially when some are hoping for a new Pro. Many were confused by Apple’s move, and the prevailing thinking was that Apple simply offered up a spec bump to sell computers.

As it turns out, the 2016 MacBook is actually pretty damn good.

Externally, nothing’s changed from the 2015 version; it’s still slim, and there’s only one USB-C port. The Retina screen is beautiful, and the keyboard is delightfully shallow. The Force Touch trackpad is also there, and still needs more apps to support it.

The flash storage is also snappier; Apple claims read speeds of up to 1GBps, which is a 20 percent gain. Write speeds are up to 90 percent faster, too.

And you can get it in Rose Gold. Contain your excitement.

Is it that much better?

Diagnostics one story: that the 2016 MacBook is not quite as good as the Pro, even my 2013 Retina variant. Versus a 2015 MacBook, it’s better — but still not a huge leap. It sits right between the two.

In real-world situations, things get a bit more clear. While not the spec-heavy monster we expect the Pro to be, the 2016 MacBook still holds its own. Apps may take a few extra seconds to load, and heavier processes may ask a bit more of your time, but it’s actually negligible.

It’s also noticeable. Side-by-side, launching Sketch on the Pro was about two seconds faster, as was the case with Xcode. During use, the Pro handled both apps with ease and grace, while the MacBook was a bit more novice with its processes.

But it never quit on me, nor did it fail to finish a task (even with my ‘hurry up already’ attitude about Xcode builds and Sketch art-boards). It handled heavier, developer-y things with a strong measure of assurance, which is promising.

While my actual use of the 2016 MacBook was surprisingly good, there are a few lingering drawbacks to consider.

First, the webcam is still only 480p. If you’re a road warrior who’s holding mobile meetings via Skype regularly, that may be a problem.

The single USB-C port may also turn you off, though I’ve turned the corner on that (and encourage you to as well). It’s the clearest example to me that Apple would rather we use cloud storage than plug in flash drives for file storage, but an add-on hub suits my needs just fine. 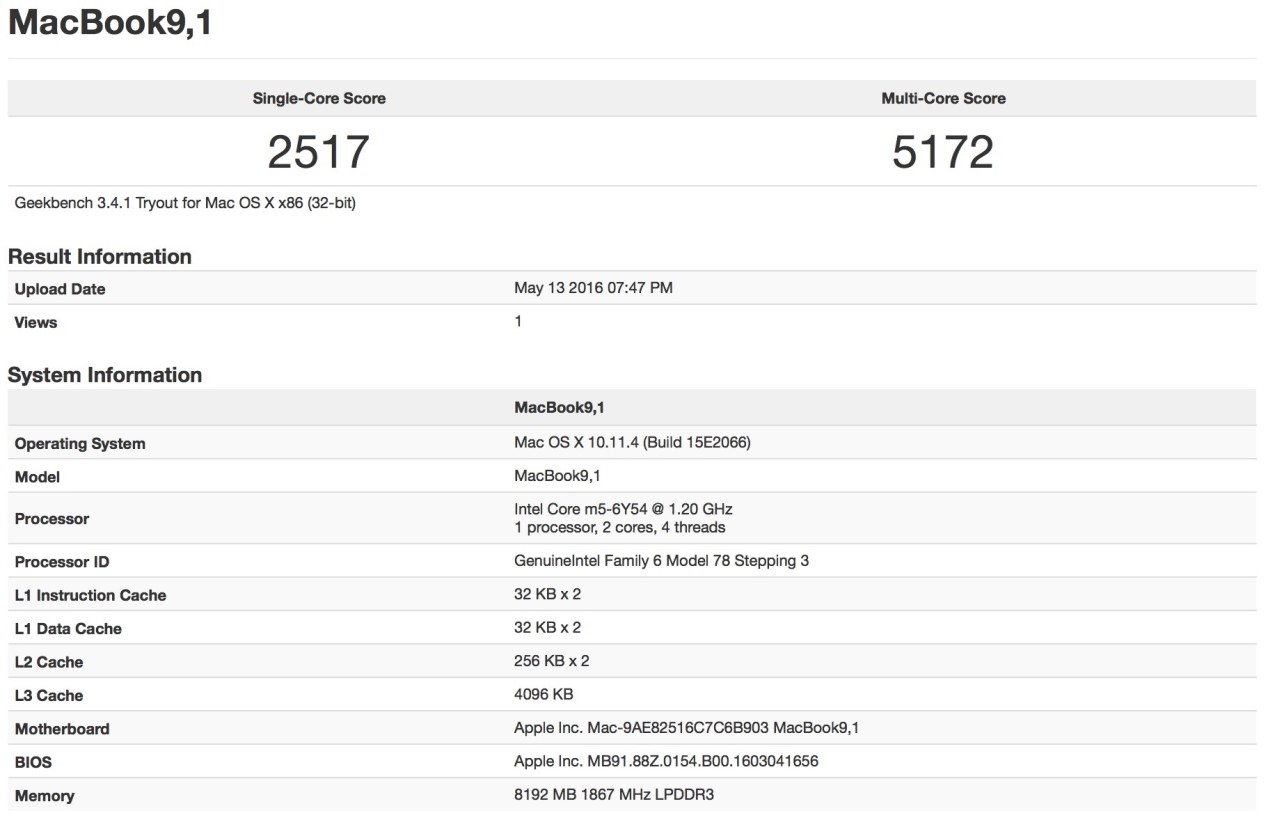 In my experience with the 2016 MacBook, there were no failings. It never quit on me, and mostly powered through heavier work without issue.

I should also note that when reviewing computers, I don’t actively try to create fault. I see what they can offer in my workflow, which is likely heavier than an average consumer but on the doorstep of dedicated power users.

All MacBooks — Pro or otherwise — use Intel’s Speed Boost technology. The quick explanation of Speed Boost is that it watches your computer’s CPU and thermals, then accelerates to a new level when possible by tapping into more cores. If you’re chugging along at 1.4GHz and do something like compile an app, Speed Boost may kick you up to 2.0GHz to get the job done in a reasonable amount of time.

You’ll never really see Speed Boost kick in, but considering the MacBook has no fan to regulate its temperature — it’s worth consideration in your workflow. If you’re the type to regularly have 20 apps open, the Pro may be a better choice.

I found the MacBook to be best when I’m focused on a few apps and services. Day-to-day, I routinely have seven or eight apps open; when coding, I typically limit it to Xcode and a browser — but I do that on the Pro, too.

Is it worth the spend?

The MacBook delivers on form-factor, and cuts very few corners to get there. With an Air lineup that’s essentially played-out — and showing no signs of life — the Macbook is an easy go-to for those who want the ultimate in portability.

Those who demand more of a computer may be surprised, too. While the MacBook was a glimpse at the future when introduced, this iteration gets us closer to what we really want: portability and power (and let’s be fair that plenty of developers and ‘power users’ open up the Air while away from their desks; Core M isn’t Core i, but it’s not resoundingly less performant in my experience).

Heavier tasks only ask a few extra seconds (Xcode took 8 seconds to build a large app on the older Pro, and 11 on the Macbook, which I usually don’t notice anyway because compiling == getting more coffee), which you’ll likely not really notice in real-world scenarios. Editing documents, sending emails and browsing the Web are exactly as you’d expect.

Most consumers looking for a new computer are really going to like the 2016 MacBook. It’s sexy, has great battery life and is downright snappy in real-world situations. There are competitors, but nothing quite like the MacBook.

If you’re considering a MacBook Pro, there’s likely a good reason for that — and I’d caution you to wait. Many expect a new Pro to drop soon enough.

But it comes down to money, doesn’t it? The MacBook starts at the same price as a Pro, $1,299 (I’m consciously ignoring the Air, as it seems to be an afterthought for Apple at this point), and the spec sheet between the two is a litany of trade-offs. CPUs, GPUs, memory, battery life, flash storage — it’s a lot to consider, and there’s no right answer.

You can scale each up to meet your needs, but the off-the-shelf entry level builds for both the Pro and MacBook are comparably priced.

To be quite honest, I expected to be shaking my head at Macbook’s performance (especially when writing apps), and I’m not. Though the spinning beach ball popped up a bit more often than I’m used to with my Pro, it also went away quickly, suggesting Speed Boost is doing its job. On my Pro, the beach ball usually means a reboot or killing apps; on the MacBook, it just means ‘give me a second.’

Combine that with the portability and battery life I get from a MacBook, and I can reasonably argue it could replace the Pro for quite a few users. If nothing else, it proves the Air has been succeeded, and there sure are a lot of Air users out there — even some who consider themselves power users.