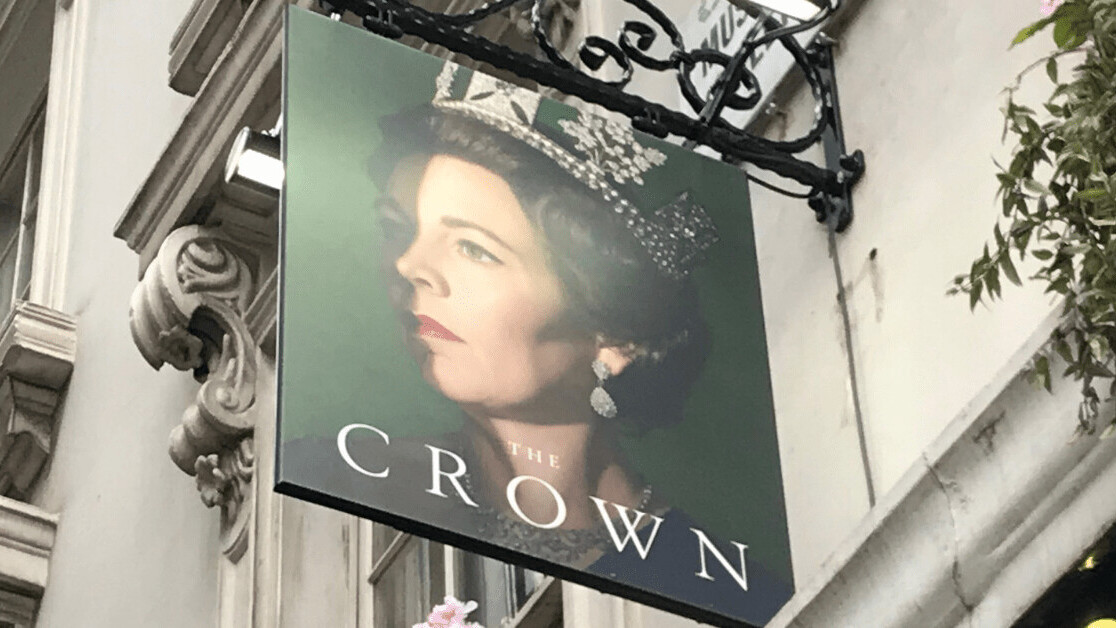 The Crown has returned to Netflix with a host of new actors joining the star-studded cast. But a new AI analysis suggests not all of them have the royal touch required for their roles.

The system was developed by Largo Films, a Swiss firm that provides data-driven analytics to the movie industry. The company used machine learning to predict which of the thespians will capture the public’s hearts — and which ones will have them dreaming of the guillotine.

The AI analyzes movie scripts and footage from Largo’s database of films to create a ‘DNA footprint’ for each actor comprised of more than 1,000 on-screen attributes, such as character typology and story elements

“The system also knows how the audience reaction was for those films from the financial results and trend parameters,” Sami Arpa, CEO of Largo, told TNW. “From the analysis of over 400,000 films, it understands what are repeating successful patterns for each actor which helps us to create a DNA footprint of the actor.”

The system also creates a separate DNA footprint for the actual characters, such as Princess Diana. It then looks for correlations with the actor’s footprint to assess how well they’ll fit the role.

It then calculates a final score for each actor’s suitability for their role. A score of over 90% indicates an excellent match, while one below 80% indicates a risky choice that could make viewers reach for the remote.

Who’s fit for The Crown?

The casting of Gillian Anderson as milk snatcher Margaret Thatcher may have attracted the most headlines, but some critics have panned her performance. The BBC’s Will Gompertz accused her of “over-egging her Thatcher impression to such an extent she is close to unwatchable at times.” This seems to align with Largo’s system, which gave the former X-Files star a lackluster 76.3%.

However, the breakout star Emma Corrin fared far better, with an impressive 90.6% score for her role as Princess Diana — just ahead of Australian actor Elizabeth Debicki (88.1%), who will replace her from season five.

Olivia Coleman also performed well, with a score of 88.6% for her compatibility with Queen Elizabeth II. Her successor Imelda Stauton did even better, with 91.2%, but Largo’s top choice for the monarch is Ozark star Janet McTeer (94.1%).

Largo also analyzed the compatibility of the rumored cast for season five.

Speculation is rife that Dominic West will take over from Josh O’Connor to play Prince Charles. But Largo gave him a score of just 69.8%, way behind their top pick of Poldark heartthrob Aidan Turner (96.1%).

We’ll find out soon whether The Crown’s casting team agrees with the AI‘s analysis.