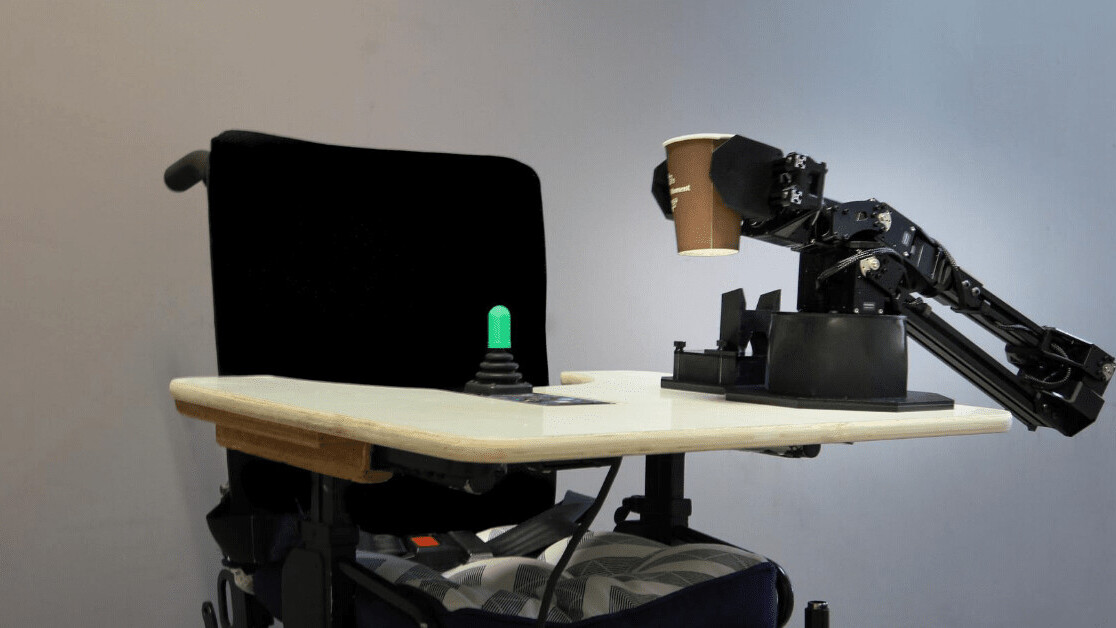 Research shows that people with injuries that restrict their upper body movement find reaching and manipulating objects one of their most important challenges. Existing robotic arms can dramatically increase their independence, but the high cost of their parts makes them unaffordable for most of the people who need them.

The chip’s comprised of 130,000 artificial neurons that emulate the structure of the human brain. Each neuron sends pulsed signals encoded with information to other neurons in the network that directly change their electrical states. This process is designed to simulate natural learning.

Intel believes this will slash the costs of producing robotic arms, as it wouldn’t need all the pricey parts that help the device adapt to the user and environment. Instead, the system would use Loihi’s real-time learning capability to add adaptive control to the arm.

In addition, Intel claims the chip is up to 1,000 times more energy-efficient than general-purpose processors, so the robotic arm should need way less charging that those currently on the market.

A prototype of the robotic arm has already been created. The research team will now build a neural network that controls the device. Scientists from the Open University of Israel and ALYN Hospital will then refine the system, before testing it on patients who use electric wheelchairs and have upper body impairments. The users will control the arm with a joystick.

Arie Melamed-Yekel, general manager of ALYNnovation, an innovation arm of ALYN Hospital, believes the system could be a “game-changer” for people with disabilities.

“It could make it easier for them to engage with the community, boost their independence and grant them new employment opportunities,” he said.