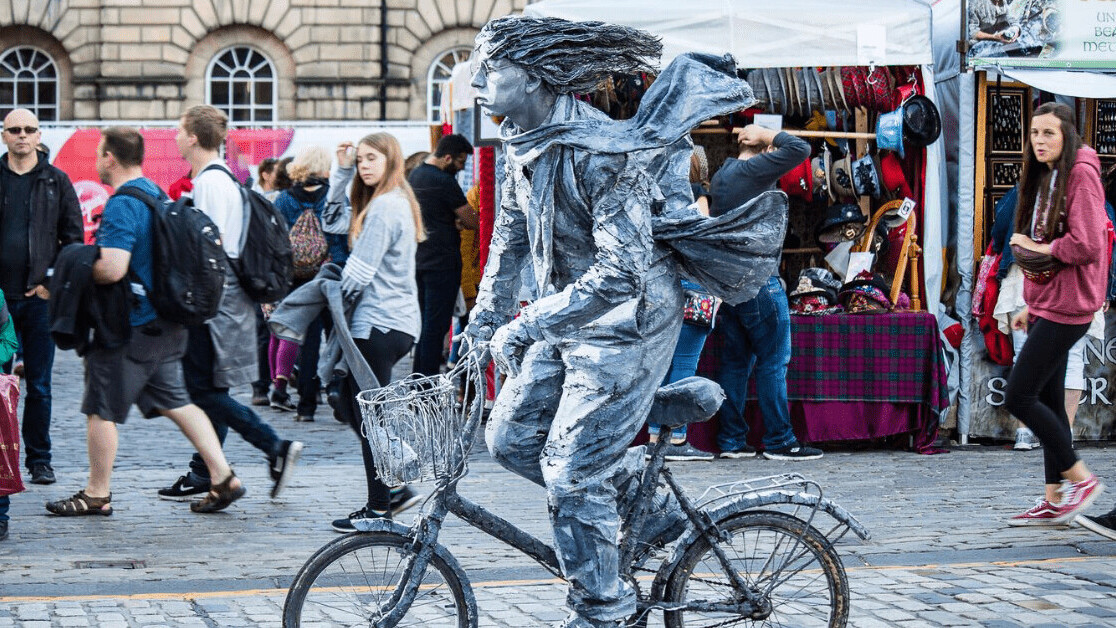 The Edinburgh Fringe is the world’s largest performing arts festival, but this year’s event has sadly been canceled due to COVID-19. Fortunately, art junkies can still get their fix of the Fringe at a virtual alternative curated by an AI called the ImprovBot.

The system analyzed the 100-word text descriptions of every show staged at the festival from 2011 to 2019 — a total of more than two million words. ImprovBot uses this data to generate ideas for new comedies, plays, musicals, and cabaret.

The blurbs will then be handed to the Improverts — the Fringe’s longest-running improvised comedy troupe – who will stage their own takes on the shows over Twitter.

[Read: How an AI graphic designer convinced clients it was human]

“The aim of ImprovBot is to explore the junction of human creativity and comedy, and to see how this is affected when an Artificial Intelligence enters into the mix,” said Melissa Terras, Professor of Digital Cultural Heritage at the University of Edinburgh. “It is [a] reminder of the playfulness of the Fringe and we invite online audiences to rise to the provocation, and interact, remix, mashup, and play with the content.

In total, ImprovBot aims to create 350 show descriptions, which will be posted every hour on Twitter from August 7 to 31. It’s already provided a sample of its oeuvre, which ranges from a terrifying tale of isolation titled Collection to Politics to a “hilarious” comedy called The Man Behind the Real Song Lovers.

Truth be told, most of the blurbs are pretty nonsensical, so the Improverts will have a tough job adapting the AI‘s words for the stage. You can judge their efforts for yourself from Friday on Twitter.