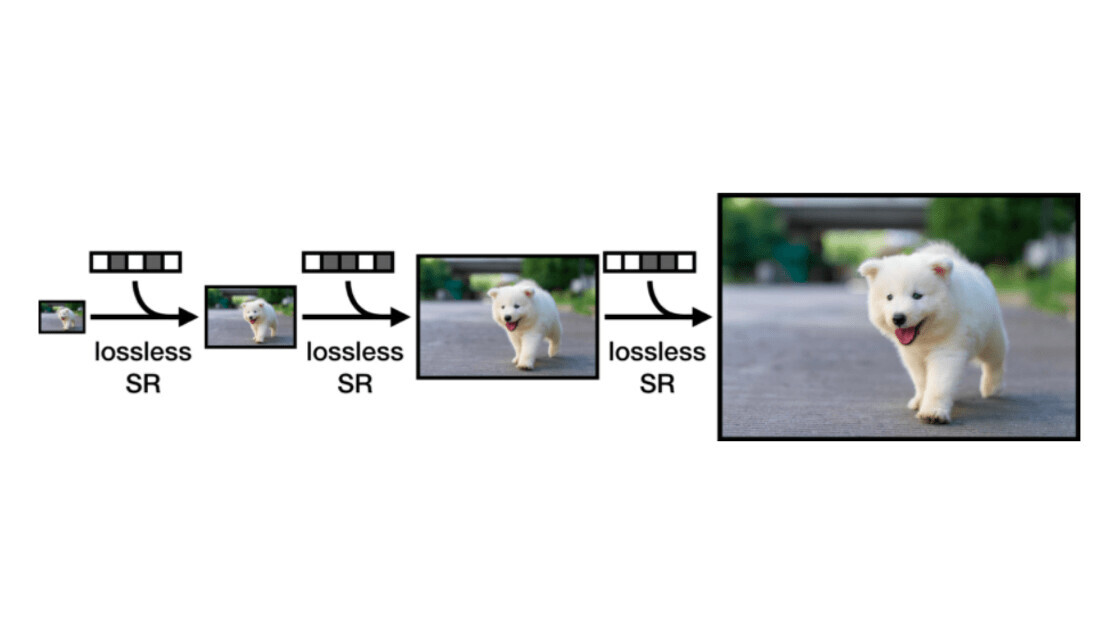 Image compression has been one of the constantly evolving challenges in computer science. Programers and researchers are always trying to improve current standards or create new ones to get better image quality at a lower size.

Earlier this month, researchers from The University of Texas at Austin, Sheng Cao, Chao-Yuan Wu, and Philipp Krahenbuhl, published a paper that looks at using super-resolution to get lossless compression of images. The model is called Super-Resolution based Compression (SReC).

But before we get into the nitty-gritty of the research. Let’s understand what a few of these terms mean. Super-resolution is a practice to up-scale or enhance the resolution of a low-res image through different techniques. The idea is not to lose quality while increasing the resolution.

[Read: JPEG committee is banking on AI to build its next image codec]

The new model uses super-resolution to achieve compression of a high-resolution image. To do that, the model first stores a low-resolution copy of an input image as raw pixels. Then it applies three iterations of losslessly compressing super-resolution models to produce an output image of lower size.

Cao told TNW that it’s hard to put an exact number in terms of megabytes as to how images are compressed. However, the team uses a measure called bit per sub-pixel (bpsp) that takes into account bits taken to store a sub-pixel for an image format. For instance, for a RAW image in BMP format, the bpsp is 8.

This new model archives a bpsp of 2.70 when applied on the Open Images dataset.

Cao said that this model isn’t set to replace any of the popular standards like PNG. However, it can be used on the server-side to reduce load time for websites. But it will need to compete with Google’s popular WebP model.

While this model might not be used in practical scenarios, it’s important to note that an increasing number of researchers are using AI to form new image compression techniques. Earlier this year, the JPEG committee announced a call for papers to form a new AI-based image codec.

You can check out more details about the model through this paper or explore its code here.