Last year, Elon Musk came on stage to talk about his ambitious brain-interface company Neuralink, and sold people dreams of controlling an iPhone using only your brain. Now, the company has a new competitor in a New York-based company called Neurosity, which released its own device called Notion today for developers.

The company was founded by AJ Keller, a former Boeing employee, who worked on robots, and Alex Castillo, an ex-Netflix engineer in 2018. Last year, the company showed off its Notion device for the first time.

The founders told me that their concept is not too much different from what Neuralink is doing. Just like the Musk-backed company, Neurosity wants to enable actions through brain waves. But you don’t have to implant a chip in your brain to begin controlling things.

Keller explained to me that the device can be worn like headphones or a VR headset. It has eight sensors that scan the brain 250 times per minute for ‘spikes’ — such as brain activity for movement — which can be used to trigger a certain software action. These spikes are a sign of brain activity in an instance of body movement. The device also has a custom operating system and SDK for developers to utilize the brain waves and build applications ranging from passwordless authentication to controlling your phone or even a wheelchair.

The company has shipped almost 60 test devices to select developers, and some of them have tinkered with developing apps through the interface using the React framework. For developers, it’s shipping a library to measure users’ concentration level as well. The firm has also developed an app for developers to relax by listening to music.

Castillo said the device can read commands from the brain with an accuracy of 65 to 85 percent. The company’s goal this year is to increase that percentage number.

The company said that the developer edition of Notion will be priced at $1,099 and it’ll start shipping by December. It aims to deliver 1,000 units in an initial batch to developers across North America.

Despite not having a huge funding, Neurosity founders are confident that they’re gonna sell enough headsets and keep the company afloat. There have been a lot of companies such as Muse and Melomind with “brain-activity sensing” headbands with limited applications.

However, startups such as Neuralink, Neurosity, and Paradromics are trying to convert brainwaves into a programmable entity to open up many possibilities. Heck, even Facebook is exploring the possibility of a brain-computer interface. Right now, most of these companies are in the concept stage, and we can’t say just yet if we’ll all be having X-men like power to control devices with our minds. 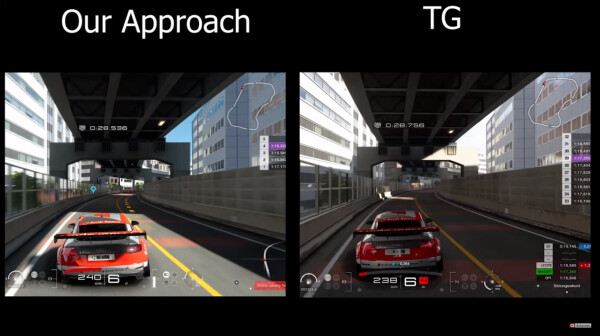