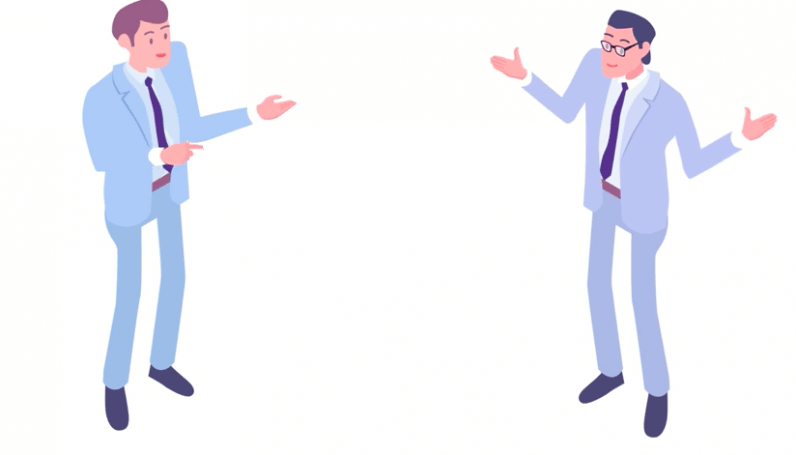 Arbitration is a fundamental aspect of human relationships be it social, professional, or business relationships. The emotional and psychological composition of humans cannot be absolutely prevented from interfering during the execution of contractual agreements and processes.

Disputes over contracts aren’t always caused by ulterior motives or deliberate intentions to short-change another party. Sometimes, they may be as a result of honest mistakes or inadequate understanding of the original contract.

However, no matter the reason behind eventualities and disputes during the execution of contractual agreements, there is usually the provision for settlement systems that are supposed to interpret the terms and conditions of the given contracts and deliver fair judgment.

Traditional dispute resolution systems have been exposed to several deficiencies that make them inadequate for today’s business environment. Modern technology and the pace at which business processes move these days, do not permit the luxury of the relative setbacks inherent in traditional systems. This has led to the development of a decentralized arbitration platform that suits the ecosystem of emerging technologies as we have them today.

Some of the disadvantages of traditional arbitration systems that make them inadequate for emerging systems include:

• High price
Professional legal services are extremely expensive, with preliminary consultations alone costing hundreds of dollars, while lawyer’s fees for civil lawsuits can run up to thousands of dollars.

• Duration of proceedings
As a rule, it takes several court sessions at intervals of 1-2 months to solve a case. That, of course, is too long for most disputes.

• Judgment execution
Even if a judgment is delivered, its execution takes time and is carried out by third parties. The losing party may abscond, declare bankruptcy or otherwise avoid fulfilling its obligations.

• High entry requirements
Most often, only big cases are heard in courts, and few people are ready to start serious litigation for disputes over everyday matters like a poor-quality product or service. The cost and complexity of proceedings do not depend too much on the subject of the deal.

• Jurisdictions
Public courts administer justice under the laws of a certain state, which vary significantly between countries.

• Political engagement and bias
Courts are not always independent — they are often influenced by other institutions and people.

• Complexity
Few people can protect their own interests; for the rest, trials are very complicated.

• Lack of choice
There is no way to choose the specific rules to be used for dispute resolution. Usually, it is the national legislation of a certain country, which cannot be altered by the parties.

By implementing a decentralized arbitration system on the blockchain, issues are resolved by a panel of jurors resident on the Jury.Online platform. This system serves to eliminate the above-listed setbacks which are detrimental to business operations in the fast moving technologically empowered societies of today.

Users on this platform can create deals and have them registered on the blockchain as immutable and transparent smart contracts. This enables every fact and detail of the deal to be available and traceable in case of any dispute.

To settle eventual disputes, judges are chosen randomly from a pool of judges, unless the involved parties unanimously select a particular judge over themselves whose decision will be binding over the issue at hand. Anyone can apply for an arbiter within or without a pool to Jury.Online project with background and experience description and get a chance to become a professional arbiter.

Assuming that both parties only agreed on the creation of a website without the mention of hosting it, a dispute may arise when the business owners assume that hosting is automatic and complimentary, while the designer thinks otherwise.

Jury.Online simplifies and speeds up the settlement process of such a case because every fact and detail of such a contract would be placed as a smart contract from the beginning on the open source protocol of the Jury.Online blockchain. These details remain constant and immutable and when jurors are chosen from a pool of arbiters by the disputing parties, they carry out their investigations independently on existing facts and details and deliver judgment immediately.

Once judgment is delivered, the execution aspect which involves sealing up the deal is carried out immediately and everyone moves on.

The Jury.Online project is pioneered by Alexander Shevtsov and Konstantin Kudriavtsev. Alexander is a mathematician and a high-qualified specialist in cryptography, who has a background in abstract and theoretical areas of mathematics, engaged in cryptography, and has written several educational articles for universities.

According to Alexander, his interest in blockchain technology and cryptography lies in the reality of its application in the real world.

“First of all I’m interested in blockchain because this technology, and cryptography in particular, are some of the very few spheres of abstract mathematics, its matchless beauty and elegance can be applied in the real world”, he says.

For Konstantin who holds a degree in Technical Cybernetics, and work experience in some of the world’s largest banks (PrivatBank, Alfa Bank, UBS London Bank), the innovation that blockchain brings into the technology circle should be embraced by everyone.

“In general, all the technologies separately (p2p Protocol, encryption, etc.) were already known, but by combining them together, the technical world has been disrupted with blockchain technology and this is a breakthrough which should not be missed by anyone.”