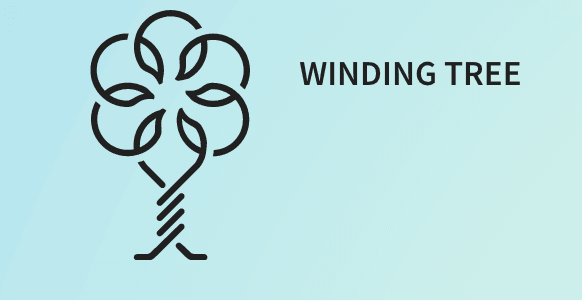 Bitcoin and Ethereum may be the stars of the cryptocurrency story, but the real hero is the technology behind them: blockchain. Platforms like Winding Tree, which is operated by a non-profit out of Switzerland, are using the blockchain to disrupt industries.

Essentially there are two ways that blockchain can be used effectively. First, it can generate a lot of speculation money with the right buzz and good press coverage. The second way, and arguably the most important, is to cut middle-men out of an existing industry and allow people to execute contracts without the need for trust.

Winding Tree wants to create an open source blockchain with its own token that supports a decentralized travel industry. In essence, it wants Expedia, Airbnb and Priceline out of the picture so you’re not paying them — or anyone else, including Winding Tree — a cut when you make travel arrangements.

The only fees on the platform are the transaction costs to execute contracts, which fund miners. Those are sure to be nowhere near comparable to fees third-parties exact from travelers either directly or passed along through increased fares.

Today’s travel distribution architecture is extremely inefficient, but the suppliers and intermediaries are able to offset all costs on the consumer. Blockchain allows these unnecessary costs to be eliminated entirely. With true transparency and competition, blockchain makes travel cheaper for travelers and more profitable for suppliers. It’s a win-win scenario.

This technology doesn’t represent a new travel company or app for booking vacations, it’s far bigger in scope and ambition than simply competing with the current status quo.

In much the same way Airbnb challenged the travel industry by cutting hotels out, Winding Tree is poised to shake up travel by cutting third parties (like Airbnb) out. As a platform it represents the building blocks for suppliers and companies to build transactions on.

If it works the result for consumers will be lower prices for travel across the board.

The token generation event date for Winding Tree’s coin, which will be called Líf coin, is November 1st, but it’s offering pre-purchase tokens for travel companies.

Read next: This AI knows whether you're gay or straight by looking at a single photo