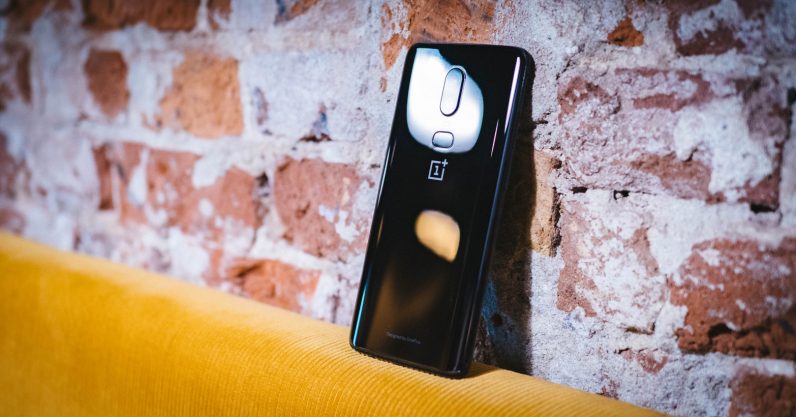 It wasn’t so long ago that OnePlus was a small startup with an uncertain future.

In 2014, a $300 device with specs like the OnePlus One was unheard of, and limited manufacturing capability meant you had to wait ages to catch one on a flash sale. At the time, I couldn’t help but wonder whether the company’s motto, “Never Settle,” would be its undoing.

Fast-forward to 2018. The OnePlus 6 launched to massive praise last month and broke company records. Though its prices have increased along with the rest of the market, OnePlus devices remain hundreds of dollars less than expensive than its biggest competitors. I called the OnePlus 6 one of the very best phones you can buy in my review.

Shortly after launch, I had the chance to chat with Kyle Kiang, Global Head of Marketing, about OnePlus’ success despite industry-wide stagnation. But with the OnePlus 6 fresh off the shelves, I first wanted to know what feedback Kiang had heard so far from users.

“I read your review and I think the response we’ve gotten is similar, that we continue to take our game up every level,” said Kiang. “I think on this device we expect to compete and be one of the best devices of the year, so I think we’re pretty happy about the response so far.”

Well, he is the head of marketing after all, but given my own impressions, those results aren’t surprising.

I did have one big critique of the OnePlus 6 in my review: OnePlus’ choice to go with a glass back despite a lack of wireless charging. When I asked if he still thought they made the right choice, Kiang said “I think the response to the design, – the response to the materials – is very positive. I think we feel good about the design choices on the device.”

Granted, I didn’t expect him to say otherwise. But still, while anything could change between now and the next device, it seems the glass back could be here to stay. In its defense, OnePlus’ Dash charging is possibly the fastest on the market, and wireless charging can’t yet live up to its speed.

In any case, the concerns of this reviewer don’t seem to have hurt sales. Earlier in the interview, Kiang pointed out “every one of our devices has gone on to improve, and this is our best selling device yet.”

A few days ago, OnePlus revealed record numbers for the OnePlus 6, selling over one million units in 22 days. For comparison, the OnePlus 5 and 5T took about three months to reach that figure.

It’s particularly impressive considering recent industry slowdown; global smartphone sales decreased year over year for the first time ever in 2017, according to the IDC. But OnePlus seems to have no trouble growing its fanbase.

Of course, those numbers are nowhere near what Apple and Samsung pull, but OnePlus is nowhere near as big. Even Google only sold about 3.9 million Pixel phones in 2017.

You could argue OnePlus is a relatively young company that simply has more room to grow than the established players, but no newcomer has been as successful. Just look at Essential’s struggles, despite being founded by one of Android’s co-creators, or Nextbit’s acquisition by Razer.

When I asked he Kiang what he thought the company did differently than competitors throughout the industry, he said:

“I think we’ve made some decisions that probably are different from everybody else in terms of really putting resources and focus on making our product and user experience seamless.

We have, we believe, the best software approach, that meets the expectations of the most demanding users – which we have. I think our focus and dedication to that approach is being rewarded.”

OnePlus attracts demanding users in part because it delivers some of the highest specs in the industry; the OnePlus has an 8GB RAM and 256 GB SSD configuration, when few phones go beyond 4GB and 128 GB. But it’s about the user experience more than just the specs.

Prior to the OnePlus 6’s launch, Pete Lau wrote a blog post explaining the company has a specialized team called Team FSE (Fast, Stable, Efficient), whose sole purpose is to “ensure that OnePlus devices offer the fastest, and smoothest, user experience available.” In my experience, OnePlus devices are among very few that can go toe-to-toe with the responsiveness of a Google Pixel.

That’s particularly impressive considering OnePlus’ phones are usually several hundreds less than its immediate competitors. But I’ve also wondered if the company has sacrificed potential in order reach that lower price. If its phones are this good at $529, what could the company do if its phones cost $1000?

According to Kiang, I might be looking at it the wrong way.

I think our approach is different as at our company’s scale size we don’t necessarily have all the infrastructure, and so hundreds of millions of dollars in marketing and advertising don’t go into the cost of the device. Like you said, this device is legitimately the top. Now, the peer set we’re being compared to is Apple and Samsung, so I don’t think we’re making compromises in that sense.”

In other words, OnePlus’ phones simply don’t need to be as expensive as the competition given its business model and the experience it tries to deliver.

In previous models, I would’ve said that OnePlus’ camera was where the lower price point showed. But to my eye, the OnePlus 6 has the first of the company’s cameras that’s competitive with the likes of Apple, Google, and Samsung (though I think Huawei holds the current camera crown). The camera doesn’t have much in the way of particularly unique features, but Kiang says the company isn’t focused on putting “new or differentiating technologies into a device just to do it for marketing purposes.”

But those marketable features are what help the bigger brands be so big. For all its growth, OnePlus isn’t a household name in the US like some of its competition. It has an obvious following among people who waste their time reading tech blogs (thanks!), but not so much among those who buy a phone simply because it’s part of modern society. I asked Kyle whether the latter are customers OnePlus wants to reach.

“I think our focus comes first on product. We continue to see growth, and as a company we’re okay with a slow growth approach. And we continue to see signs that more and more people are hearing about OnePlus.”

Furthermore, “every year [at the pop-ups in New York and San Francisco] we see more people bring family and friends that are converting to OnePlus, who don’t necessarily fit that core target that we started with,” says Kiang. “The excitement and connection to a brand I think is unique in this industry as well.”

OnePlus may not have as many followers as Apple, but its fans may be just as fervent. That passion helps spread word of mouth; OnePlus has had to do relatively little advertising to get where is.

Still, in the US, the average person still relies on buying their phones directly from carriers. Here OnePlus has three disadvantages.

One: its phones don’t work with CDMA networks like Verizon and Sprint, shutting out customers from two of the biggest networks in the country. Two: even if you’re on T-Mobile or AT&T, you can’t just buy a OnePlus 6 at your local store. You can’t easily the device in person and compare it with other options.

And three: you’ll be paying full price or have to find your own financing. For many, an iPhone X’s $1000 price tag is a lot more palatable when you’re ‘just’ paying $40 a month.

But then, working with carriers often means succumbing to their demands. Remember when every phone had a carrier log plastered onto it?

When I asked if OnePlus has considered teaming up with US carriers Kiang said “I think we like our current model. The unlocked market continues to grow, and within the market we’re emerging as a leader, so I think for us it seems to be working.”

Fair enough. That doesn’t rule out carrier partnerships in the future, but people do seem more open than ever to buying unlocked in the US. It’s already common practice in other countries.

In finishing up our interview, I asked Kyle what else he thought has changed in the smartphone market since the days of the original OnePlus One.

“Some things have changed, and some things are the same. It’s still the most important piece of consumer technology that people have. And I think there’s probably less players around now than there were when we started. Would you agree with that?”

I do. When the OnePlus One was released in 2014, HTC was still at the top of its game, Blackberry devices ran on a BlackBerry OS, and Windows Phones were still a thing.

There may still be plenty of brands around, but fewer flagships worth paying attention to. OnePlus is among the lucky ones.

“I think we started as a dark horse,” says Kiang, “and we are still one now, maybe. But we’re the one that seems to be growing.”

Read next: Google says its AI is better at predicting death than hospitals