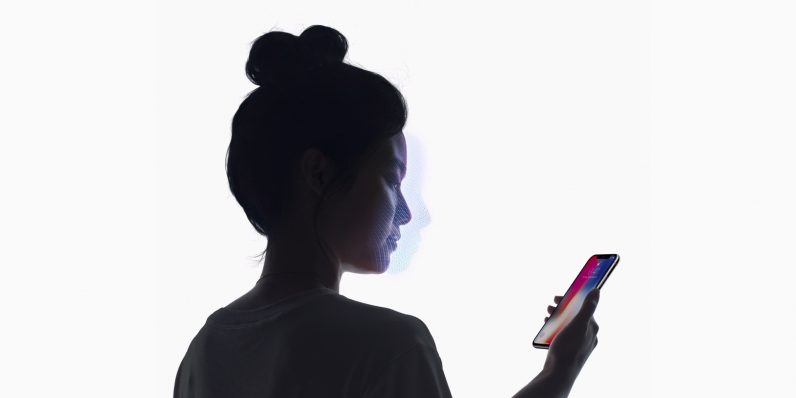 Bloggers have begun getting some hands-on time with the iPhone X ahead of its shipping date, and the word on the street is that it’s pretty bangin’. And while it’s playing catch-up with the introduction of a bezel-less screen, it’s trumping the entire universe of Android devices with its new Face ID feature, which unlocks your phone as soon as you look at your handset.

The feature uses a front-mounted depth camera to analyze more than 30,000 points on your face to identify you, while also being able to distinguish between your actual face and any likeness (such as a headshot), as well as recognize you even if you’ve got makeup on, grown a beard, or had a haircut. And it’s not just for unlocking your phone: you can also use Face ID to authenticate purchases with Apple Pay.

So does that mean Android device makers should follow suit in 2018? Chinese gadget firm Meizu is already on the case: the company is working with chip maker MediaTek to create ‘the best facial recognition technology on smartphones’, and plans to reveal it next year.

We're working together with @MediaTek to create the best facial recognition technology on smartphones. We hope to show you in 2018. pic.twitter.com/lYnFXMtblL

It’s worth noting that Wired’s Steven Levy, who’s been using the iPhone X for a week now, pointed out that Face ID doesn’t yet work perfectly. That could be down to the fact that he hasn’t yet got completely used to how it works at various angles, and Apple might well improve on it in the future. But I’m not sure every Android-based brand needs this feature immediately.

For starters, Face ID isn’t significantly faster, or more secure than a fingerprint sensor. If it were a toss-up between which of these to develop, then we’d be having a different conversation – but fingerprint sensors already exist, can be implemented cheaply, and work as well as one can expect.

Next, Face ID requires more sophisticated tech than most gadget makers might care to fit into phones just now: Apple has a custom system involving three separate components working together to enable it: an infrared camera, a flood illuminator to aid the camera in the dark, and a dot projector to help map your facial features. These components are partially responsible for the problematic notch disrupting the front fascia on the iPhone X.

You’ll also need a truly secure method (and the necessary hardware and software) to store that facial recognition data. All that adds up to additional R&D, testing and manufacturing costs, as well as less space within the frame of a phone to house other components.

It’s interesting to see Meizu get in on the game, and it won’t be surprising to learn about premium brands like Samsung hopping on the bandwagon eventually (the company’s Galaxy S8 and S8+ already come with iris scanners for unlocking your phone). And Microsoft Surface, as well as other laptops, include Windows Hello for unlocking your portable computers. But it seems like Face ID isn’t really the most essential feature for improving our mobile experience, and brands’ efforts could be better spent on other things.

With bezel-less displays becoming the norm, internal space is at a premium: where are you going to stash that large screen, an accompanying battery and a dual-camera system? It’s difficult enough, Xiaomi told TNW, that it chose to skip the latter and opt to include a single rear camera module in its bezel-less Mi Mix 2 this year.

The truth is that nobody asked for Face ID. But it’s also worth noting that following customers’ demands isn’t the only way to advance technology, and it’s likely that the system will eventually become cheap and easily miniaturized so it can be added to premium and budget Android phones alike.

Right now, it feels like a nice-to-have feature that’s best reserved for flagship devices. I’d be happier to see Android brands work on improving the longevity, durability, and camera capabilities of their phones, and leaving room for a headphone jack instead. There might be a time when I’ll want Face ID on my phone, but until then, there’s plenty of other stuff to improve on.

Read next: Uncrackable phone screens might be coming soon thanks to graphene and silver