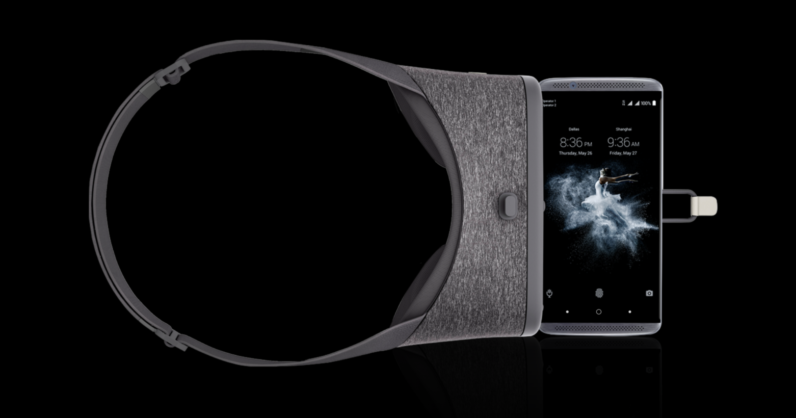 ZTE”s Axon 7 is getting an upgrade to Android Nougat today, as well as long-anticipated support for Google’s Daydream VR platform.

If you recall, ZTE was actually the first manufacturer to claim Daydream VR support back when the platform was originally announced. But though the hardware was capable of handling the technology, you haven’t been able to try it out until now.

Daydream support puts the phone in a fairly exclusive group which includes only the Google Pixel/Pixel XL and Moto Z/Z Force right now. The The Huawei Mate 9 Pro and Porche edition (not the standard Mate 9) are slated to be updated for the VR experience soon, and Asus Zenphone AR will arrive with Daydream with its likely launch in February.

Notably, the Axon 7 is far cheaper than any of these phones, retailing for just $400 unlocked in the US. There are other affordable Nougat phones with similar specs – the OnePlus 3 and 3T come to mind – but Daydream compatibility hasn’t been announced for these devices.

VR aside, you’re also getting other useful features with Nougat, such as a wider selection of emoji, the ability to run to apps side by side, and improved battery life (for standby time in particular). ZTE doesn’t mention much else, so it’s not clear what other changes have been made to the software (preview testers signed a non-disclosure agreement). But we’ll find out soon enough.

That said, the phone will now come with a bit more pre-loaded software in the form of Hiya’s Caller ID and spam blocking app. It’s a well-regarded app (4.4 stars on the Play Store), but adding third-party software this late in the game is a bit odd. But hey, as long as it keeps the cost down, I’m not complaining.

Read next: The House of Representatives just passed a law that tightens America's email privacy laws