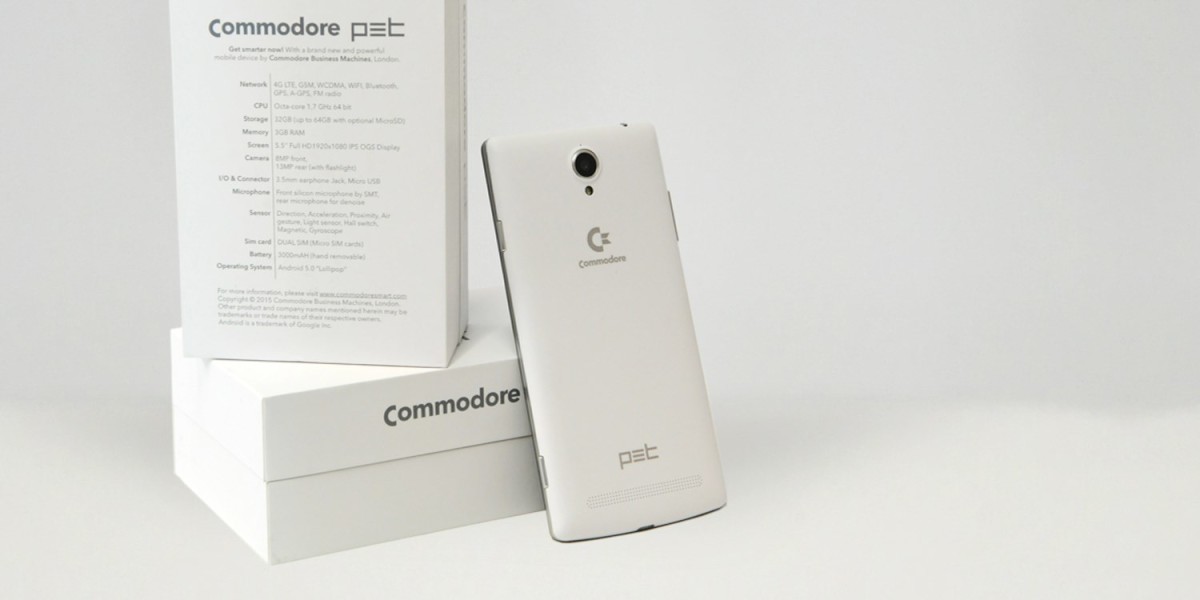 When I was a toddler, our home doubled as my parents’ fledgling ad agency and we had a Commodore 64. It was meant for work, but I managed to sneak in some gaming when no one was around.

Naturally, I was intrigued to see a new product bearing the company’s branding. It originally went bankrupt in 1994.

The PET — named after the company’s iconic desktop which was discontinued in 1982 — is an Android phablet with a custom ROM and emulators that allow you to play old C64 and Amiga games. More notably, it bears the Commodore logo on the back.

A pair of Italian entrepreneurs claim to acquired rights for the Commodore brand and trademark in 38 countries and plan to launch the device across Europe this week.

Under the hood, you’ll find a 1.7 GHz Mediatek 64-bit octa-core processor with an ARM Mali T760 GPU, powered by a 3,000 mAh battery. On the rear is a 13-megapixel camera with a Sony sensor, paired with an 8-megapixel shooter on the front.

The dual-SIM 4G phone comes in two versions: a 16GB model with 2GB RAM at about $300 and a 32GB variant with 3GB RAM at roughly $365. Both will come with a 32GB expansion card in a memory slot that supports MicroSD cards up to 64GB in capacity.

Wired reports that the PET will ship with customized versions of the VICE C64 emulator and the Uae4All2-SDL Amiga emulator, as well as “some of the 1980’s best games.”

The device will be available in Italy, France, Germany, and Poland this week, in your choice of white, black or a biscuit-beige hue that pays tribute to the Commodore PCs of yore. It will later arrive in other European markets and the US.

Will the PET give competitors like Samsung’s Galaxy S6 and the upcoming OnePlus 2 a run for their money? Probably not, but it might well delight customers who have fond memories of the world’s best-selling computer.

➤ Commodore Is Back, Baby, With a … Smartphone? [Wired]

Read next: Power up with this amazing official Mega Man helmet

Read next: Reddit had fun watching a livestream of a Dutch roundabout but, of course, someone had to ruin it