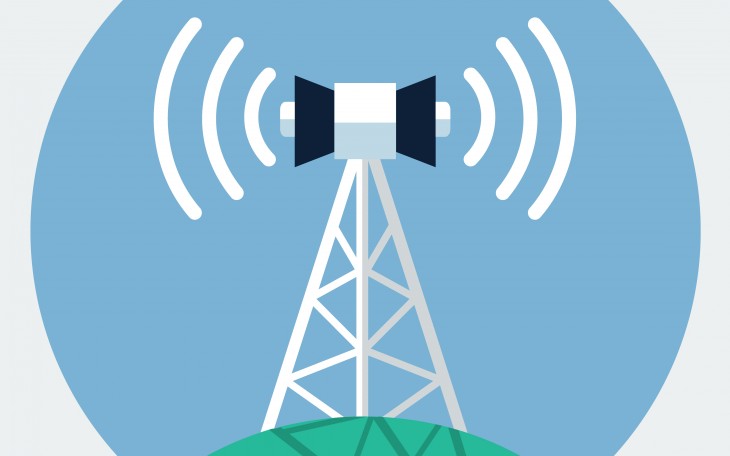 Pep Rosenfeld is co-founder of comedy theater Boom Chicago and Boom Chicago Creative in Amsterdam. He loves both nerd chic and chic nerds, and can be seen hosting events where they meet — like TNW Conference Europe 2015.

The article discusses how Google is thinking about becoming a wireless provider. It talked about Google bringing super-fast internet (by any standard, not just by sickly American internet standards) to at least 18 American cities. It noted that the search giant has joined Comptel, a group that lobbies for upstart telecoms.

Warning to Google: it is very, very difficult to provide phone service and to not be evil.

But if the endgame of such a play is more competition and lower prices, this move is as un-evil as it gets. Nothing would be as far from evil as getting back at the telecoms that have screwed us for so many years… because they didn’t screw us gently. They didn’t buy us flowers. They didn’t cuddle. They screwed us with an angry pitilessness that makes break-up sex look like a love scene from ‘Twilight.’

This is where the Kroes women come in

Because I’m a nerdy Android user, and there’s something satisfying about seeing Doutzen clutching a Samsung Galaxy S5 as she gets out of the swimming pool in that recent ad campaign.

“Oh, am I all glistening wet while I hold this high-end Android device? Geen probleem jongen, it’s water-resistant.” Sorry. I see now that that was a weird tangent. But we Android users need the occasional pick-me-up.

Neelie is by far the more important Kroes. In the Netherlands, they call her, “Nickel Neelie,” because she’s as tough as metal, but I like to think it’s a reference to what the price of a call should be: five cents.

See, a year ago Neelie stood up to telecoms and forced them to reduce the roaming fees they still love to charge consumers. Telecoms act like any time you travel from Paris to Brussels they personally lay down cable, build new telephone poles, and hire a lady from 1967 to connect your call with a switchboard that looks like Turing’s computer-to-be from ‘The Imitation Game.’

Neelie reduced the fees, but they still exist. They used to be crazy bad; now they’re just normal bad.

How is roaming still a thing?

Maybe you should have to pay more when you go somewhere where no one wants to be, like, ahem, North Korea. Go there, and maybe you should expect one of those roaming messages from your provider that says, “Text messages cost this much, calls cost this much, and are you sure you don’t want to turn around and go back to civilization?” But I take a train to Antwerp and somehow my data now costs three times as much? Why?

That’s why the idea of Google offering more access to free Wi-Fi and VoIP calls is great.

Sure VoIP calls are currently imperfect. Yes, when you make a call over the internet, many conversations consist of two sentences over and over: One guy keeps saying, “Say that again, man, I can’t understand you!” while his buddy yells, “Dude, can you believe this call is free?”

But free Wi-Fi and VoIP calls have kind of made us all understand how bad we had it with telecoms. You know how when you’re in an bad relationship, you can’t always see it? Your friends plead with you: “She’s taking advantage of you, she’s abusing you, you deserve better!”

That’s what it was like with telecoms. We were like, “You don’t know T-Mobile like I do. She loves me! It’s my fault for taking a train to Antwerp!”

Free Wi-Fi is like that new girlfriend who doesn’t take advantage of you, doesn’t spend all your money and doesn’t charge you 30 cents to receive a text just because you’re in Turkey. And she doesn’t care who you call. She doesn’t hassle you if you get directions on Google Maps. She doesn’t even mind if you use her to download pornography in your hotel room.

So it’s a real pleasure to watch telecoms scramble at the hands of Google, Neelie Kroes and anyone else who forces them to compete. It’s like a happy ending to a movie you’ve hated sitting through. Like ‘The Other Woman’ – terrible movie, but I couldn’t resist the ending.

Through the whole movie, Jaime Lannister has been cheating on his wife, cheating on his mistress, stealing from his company, and basically taking advantage of everyone. Just. Like. A. Telecom.

So how could I not cheer when Cameron Diaz, Kate Upton and Leslie Mann (whose name I just got from Google) finally got payback? (Spoiler alert, if you care): They cost him his customers, his money and all the people he’d been screwing. The only thing missing was cutting off his sword hand. I know it was just a movie, but it felt like real payback. Telecom, payback.

The only way it could’ve been better is if it had starred Neelie and Doutzen Kroes.

Read next: Android vs. Apple: Why can’t we all just get along?

Read next: This whiteboard clock will make you wish you had one too