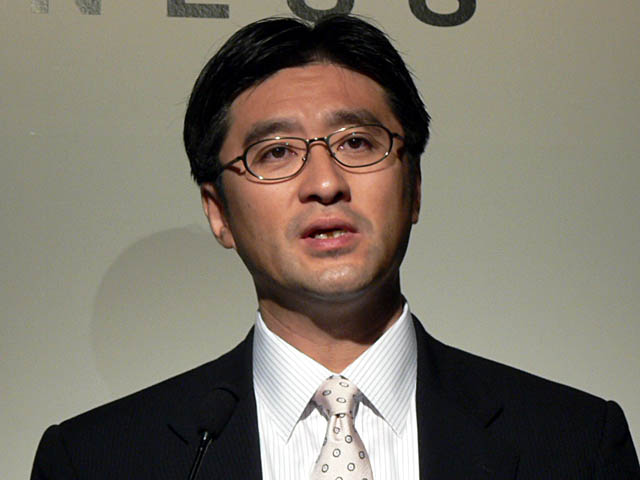 Sony’s executive reshuffle continues apace after it announced that Bert Nordberg, current President and CEO of Sony Mobile, will step down from his position, making way for Kunimasa ‘Kuni’ Suzuki — current Executive Vice President of Sony — who will assume his role from May 16 2012.

As a result of the reshuffle, Bert Nordberg will become Chairman of Sony Mobile Communications’ board, with Suzuki assuming responsibility of the planning and design of Sony’s consumer products and services. The company hopes that with Suzuki at the helm, it can strengthen its “horizontal integration” and enhance the “user experience across Sony’s entire product and network service lineup.”

Sony says that Suzuki will oversee one of Sony’s key business areas, making sure it can compete again in the smartphone, tablet and PC market.

Sony has moved quickly to replace Nordberg, who was CEO of Sony Ericsson before Sony bought out the remaining shares in the joint-venture. The company has suffered dismal financial results over the past year and has started making strategic changes to its operations to compete in the smartphone and tablet markets against Apple and Samsung, and galvanise its TV sales.

This is the second major executive reorganisation at Sony within two months. The Japanese electronics giant announced on February 1 that it had named former president of its Consumer Products & Services Group Kazuo Hirai as president and CEO, replacing Howard Stringer.

Stringer stepped down from his position on April 1 and will remain on the board as chairman, taking the post after the company’s June shareholder meeting.

Kazuo Hirai, President and CEO of Sony Corporation believes Suzuki is the right person to lead Sony forward, as it looks to establish a new business structure as ‘One Sony’.

“Kuni has a vast experience in product planning and management in the information technology and mobile product business, as well as experience of cultivating business in emerging markets.

He is a strong leader and the right person to oversee Sony Mobile Communications as we establish a new business structure as ‘One Sony’ intended to reinforce and accelerate our overall business management.”

The ‘One’ theme seems to be a buzzword in the mobile industry at the moment. HTC, facing declining revenues and decreased consumer confidence in its products, recently launched its One series of Android devices, focusing on experiences and not a race to deliver unnecessary features and services.

Kunimasa Suzuki will assume his role of President and CEO of Sony Mobile Communications in addition to his role as Corporate Executive Officer, Executive Vice President of Sony Corporation on May 16, basing himself in Lund, Sweden and Tokyo, Japan.