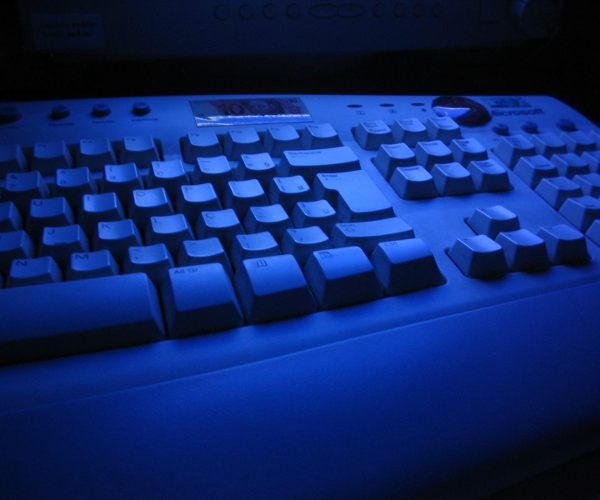 Looking back, we may very well see 2010 as the year the tech world started its coordinated assault on the physical keyboard.

First – and most imporatantly – came the iPad, while, like its smaller cousin the iPhone, isn’t a speed typing machine, it does a pretty good job of inputing text. In the euphoria around the Apple tablet’s debut, many people instantly said that the keyboard was dead – then, however, they started to try to do things like blogging, and quickly discovered that a keyboard was still a nice attachment to the iPad.

Then Apple further muddied the waters when it recently debuted its latest line of MacBook Airs, which added touch elements through the trackpad, along with being a lighter option than the current iPad plus a bluetooth keyboard. Both Apple products have bright futures it would seem (if only for a short time for the Air, until it goes all-touch – perhaps as a two screened iPad?).

Of course, not everything is made by Apple, and here is where things really get muddled, because only one non-Apple product really has made any impact towards the eventual end of keyboards this year (more about that product in a second).

Knocked back on their heels by the iPad in 2010, netbook manufacturers could actually have a huge impact on keyboards in 2011 – through moving faster towards touch interfaces. Acer has already announced three models of Android tablets set to come out next year, and we fully expect all of the other netbook manufacturers to do the same. Yes, they’ll keep producing netbooks, but sales will continue be hit hard (including by their own tablets) and this will in turn drop a lot of affordable computers with keyboards out of the market.

Then there are smartphones, many of which – including the iPhone of course – don’t have physical keyboards. Input recognition software is getting better all the time (Google recently bought a very promising startup in this area), and a number of scientists and screen manufacturers are working on vibrotactile feedback screens that could provide a sense of tactile response on keyboards through electrical charges.

Even if netbooks disappear, there are still full-size notebooks and desktops right? Yes, of course there are, but ones that have physical keyboards are destined for extinction as sure as the dodo once was, and main culprit that will speed this up the fastest, isn’t headquartered in Cupertino, it’s in Redmond – that’s right, ironically perhaps, Microsoft could be the ultimate keyboard killer.

That non-Apple product that we mentioned above is of course the Kinect, which after only being out a few weeks has already been hacked into a search and rescue robot prototype and can already be used to control a browser – just by moving your hands. We also learned earlier this year that in a Kinect related patent, Microsoft probably plans to include American Sign Language support to the Kinect in the future, which could conceivably be used to “talk” to a Kinect enabled device, including transcribing written works. Of course, perhaps with 3D TVs, the Kinect could actually be used to type on a projected keyboard that doesn’t exist.

Beyond the Kinect, Microsoft has also submitted a patent that is in a way similar to the vibrotactile feedback idea, but which would create actual pixel-sized ridges on a screen (i.e. pixels would actually rise and fall depending on the need) that could actually form a type of “physical” keyboard rising right out of a touchscreen. If Microsoft – or someone else – could pull that off, we’re guessing whatever physical keyboards are left at that point would be thrown directly in the recycle bin, at least by early adopters.

So how long is this going to all take? Well, we were tempted to call this piece “Can physical keyboards last another two years?” but upon reflection, it is hard to believe that no one will be using a physical keyboard in 2013. For one, even if a viable keyboard replacement appears, most people/businesses are slow to change, and it could take years before some of them make the switch. For earlier adopters, however, the need for a physical keyboard for play or work is quickly coming to an end.