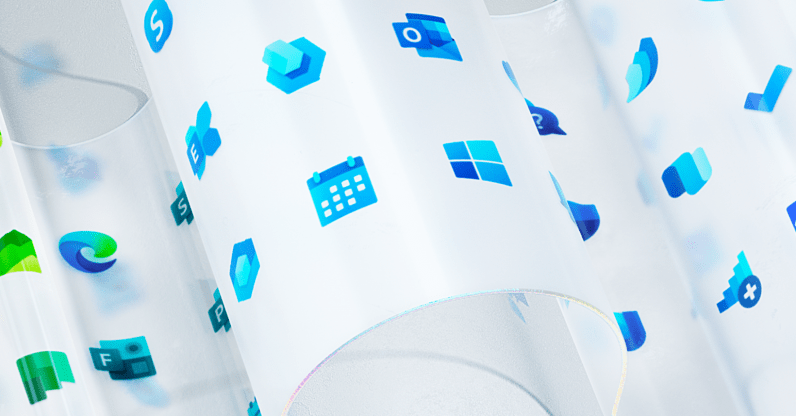 Microsoft announced its new Fluent Design system way back in 2017, but it’s only recently that we’ve begun to see the new aesthetic take hold of Microsoft‘s software. After introducing a new suite of Officeicons last November, the company today revealed it has redesigned over 100 icons across its apps and services – including a refresh of the Windows logo.

As with the Office icons last year, the new designs combine depth, gradients and soft edges for a decidedly more welcoming aesthetic than the old metro design Microsoft has been iterating on since Windows 8. It has some of Google’s Material Design bubbliness, but its use of depth and gradients give Fluent a more 3D, tangible feel. That makes sense, given Microsoft expects to use this design language across not only Windows, but Xbox and HoloLens as well.

As The Verge points out, the company actually revealed the new Windows logo with the announcement of Windows 10X a few months ago. You can see the new Windows logo in the header image above – it’s much the same as the current one, but now incorporates slightly rounded corners and soft gradients. A subtle but welcome change.

We’d previously gone in-depth with Microsoft’s Fluent design language back in 2017. At the time, Microsoft had emphasized the design was comprised of five primary components: light, depth, motion, material, and scale. Elements should be able to react to illumination and have different layers of depth. Individual layers can be manipulated for animation, while different materials reflect, absorb, and transmit light in different ways.

It’s clear those Fluent components are live in the icons. There’s something really satisfying about the gradients and shapes in the new logos.

Unfortunately, Microsoft hasn’t provided a specific date for when the new logos will come to Windows apps and services other than to say they’re “coming soon.” To read more about the process behind the new logos, check out the source link below.

Read next: Modern Warfare was doing everything right, then it pay-walled death counts