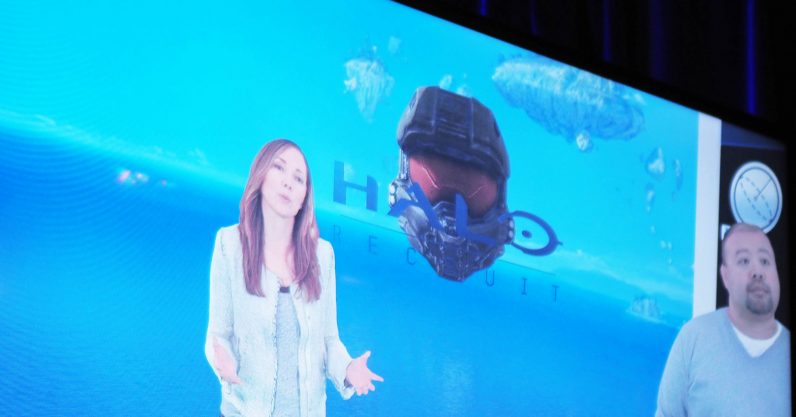 At an event meant to show off new mixed reality headsets from Microsoft’s partners – including a real nifty Samsung one – Microsoft quietly snuck in an announcement that it had created the first Halo game for mixed reality.

It’s called ‘Halo:Recruit,’ and before you get excited, we’re not talking a Halo 6 endeavor. I was able to try out the game for a few minutes, and it’s really more of a target-shooting minigame that happens to have Halo characters than actual entry into the series.

I’m not complaining though – it’s fun to look down a crosshair in VR and mow down enemy targets. The enemy models in particular were incredibly detailed, and it’s a nice preview for what’s to come in a future VR Halo game. Unfortunately we weren’t able to get pictures from the game itself at the time of writing, but it’s pretty.

For its part, Microsoft says the game is “a fun, brief introduction into the world of Halo – where you’ll see several iconic characters in mixed reality for the very first time.”

The game will be available on October 17 along with the release of the Windows 10 Fall Creator’s update and the new mixed reality headsets. It should at least keep you a little entertained until the next time we see Master Chief.

Read next: Samsung's new Odyssey VR headset might be better than the Oculus Rift